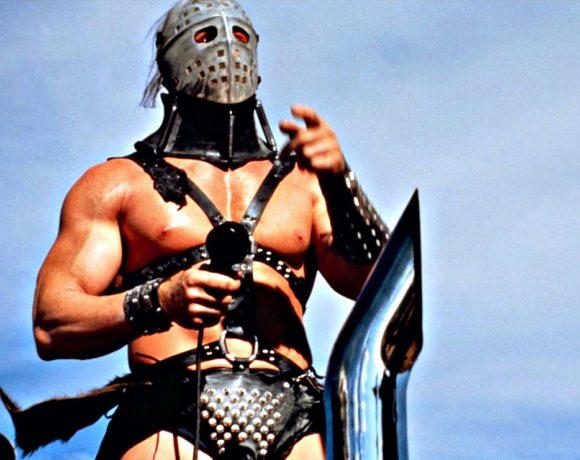 It was only eight days ago that we visited the deranged warlord Anthrax Jones to consult him about the Avs and the precious juice. Not much has changed, with either the Avs or the juice.

So Rantanen and MacKinnon were awesome last year, and MacK could have easily won the Hart. But they’re both on points for 130+ points this year? Why is this line putting a foot in the ass of the world?
If you did an Inception-style deep dive into Don Cherry’s wettest dream, MacRantaskog would be in it: open mouth-kissing policemen, playing with Blue, and wearing suits made out of the furniture in Dom DeLuise’s opium den. Mikko Rantanen has evolved from Large Baby Deer into Jaromir Jagr’s blonde, blue-eyed second cousin. Defending Nate MacKinnon is the hockey equivalent of trying to catch a fire hose with a goldfish net, and Babe Landeskog’s good looks distract from the fact that he’s morphed into a Marian Hossa/Richard Kuklinski hybrid. This line has everything all the old school shitheads like to burp up every time some weepy Canucks fan starts pissing through their butthole about what a pretty finesse game the Sedins played. They’re talented, fast, and all three of them play with varying degrees of open hostility. I love them a lot.
It felt like the Avs wanted to transition from Varlamov in net to Phillip Grubauer, but Grubs hasn’t really grabbed that brass ring in limited appearances this season. Are they just going to have to ride it out with Varlamov?

Sure beats riding it out with Cal Pickard or the Hamburglar. Varlamov is who he is: occasionally spectacular, occasionally a Farrelly Brothers script. When he’s hot, he’s a top 3 goalie in the league. When he’s not, he’s every goalie the Flyers have run out since Ron Hextall. Grubauer has had his moments where he looks good and his moments where he looks like he’s playing behind Patrik Nemeth and Mark Barberio, because that’s what he’s doing. If the Avs are gonna do anything in May, they’re gonna need one of them to go full 2003 JS Giguere.

With the top line doing what they’re doing they should be gobbling up the toughest opponents every night. Yet no one has been able to really benefit yet. Is this where Tyson Jost or someone else should come in?

In theory, yes. In practice, you’re relying on the entirety of your depth scoring to come from second year pros (Jost, Kerfoot, Compher), waiver wire guys (Andrighetto), An Actual Cyclops (Soderberg), and Colin Wilson. This year is “sit tight and see what we have with the young guys”, and next year is where they go out and overpay a UFA.

Samuel Girard seems to have at least established himself in the top four, no?

The Duality Of Man: I love Girard and I love his game and I love his potential, yet I spent the late 90’s with a recurring grundle cramp because every time Sandis Ozolinsh touched the puck, my sphincter collapsed into itself at roughly the speed and density of a dying star. Girard may not have the offensive upside of Ozolinsh, and may not have the defensive downside of Ozolinsh, but I can foresee a scenario where he becomes Ozolinsh 2020. I’m too old for that type of gooch pain, so let’s hope he doesn’t.