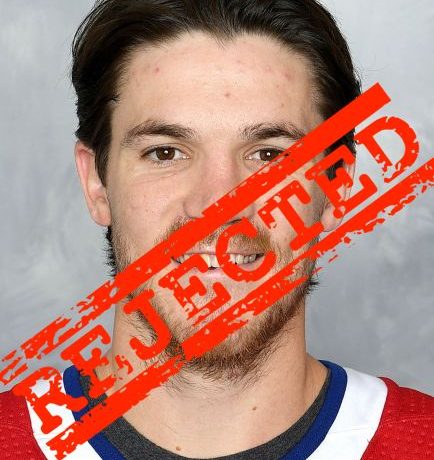 I was not a huge fan of the Blackhawks moves over the offseason, but just about all of them were understandable. They brought in some defensemen, even if not great ones, because they clearly needed blue line help. They traded Artem Anisimov for Zach Smith because they both suck, but Smith was ever-so-slightly cheaper. They signed Robin Lehner to shore up the crease, which has seen a lot of instability lately, and provide insurance for an aging Crawford.

But trading for Andrew Shaw was a move that I cannot understand in any sense other than “this is a guy we are familiar with.” Shaw is still everything he was when the Hawks got rid of him three years ago, which is: not as good as he gets credit for, frustrating as shit with his penalties, and expensive relative to his skill level and production. Let’s just get this over with.

A Brief History: The common line being used in defense of the trade when it happened was that Shaw was coming off a career year in Montreal. And that is correct. Shaw’s overall contribution of 47 points was by far a career high, marking the first time in that he exceeded the 40-point mark. He also did that despite missing 19 games, putting him on a ~62 point pace had he appeared in all 82 (which he has never done in his career, by the way). That seems good! “So, Adam, why do you hate this trade so much?” you may be asking. Well, dear reader, because all of that production will be as fleeting as a fart in the wind.

I would love to be wrong about Shaw here, but I feel like trading future 2nd and 3rd round picks for a guy like Shaw, who projects to regress hard and will still cost you almost $4-million against the salary cap for two more years is going to end up looking like a hugely stupid move in the future. The Hawks are essentially banking on last year not being a fluke, and if we know anything about hockey, it’s that you should always be speculative about a guy having a career year at 27 years old. It was smart to get rid of him when they did back in 2016, and they even ended up with Alex DeBrincat as a result. It would’ve been smarter to adopt a no returns policy on this one.

It Was The Best of Times: Shaw proves that I am a huge fucking idiot with no clue what he is talking about, and goes out there shooting and playing at a similar level to last season, showing that it was not a fluke. He plays in all 82 games, getting some run on multiple lines but ending up a surprising first line right wing with Jonathan Toews and Brandon Saad, and scores 20 goals for the second time in his career. By virtue of keeping up his ’18-’19 scoring pace and playing all 82, he tops 50 points for the first time in his career and gets close to 60, and he has a mutually beneficial relationship as a lineman with 19 and 20, helping to power the Hawks to the playoffs.

It Was the BLURST of Times: The luck pendulum swings to the other side on Shaw, and he ends up a $4-million fourth liner as he shoots 6% and can’t even top 10 goals, the first time in his career failing to meet that mark. Frustrated by his lack of scoring and overall suckage, he starts taking Tom Wilson-esque runs at opponents, and ends up with a career high PIM total, putting the Hawks shit ass PK on the ice way more often than it should be. As a result, the Hawks lose a number of games with opposing PPG’s as the difference, and it costs the Hawks a playoff spot in the end.

Prediction: Shaw ends up returning to what he really is – a somewhat versatile forward with a propensity for stupid plays, who shoots 10% and adds 12-15 goals for you and 30-35 points. I’ll go ahead and call it 14 goals and 18 assists for 32 points. That will all be well and fine on the third line, but it’s not much better than you could’ve gotten from the guys you already had here, and I’m damn near positive it’s not worth the draft capital the Hawks gave up to get him here.