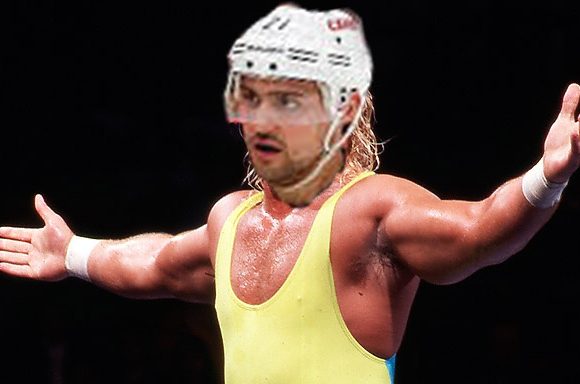 If you’ve been following the NHL closely for the past few years, and especially the analytics of the league, you’ve known that the Carolina Hurricanes have been at the front of most of the rankings for a while. They’ve been a great possession team since Bill Peters took over as coach, and that hasn’t stopped under Rod Brind’Amour. They’ve been one of the better expected-goal teams too through that time. They just couldn’t get the results to match, because A. they didn’t have any goaltending whatsoever as Scott Darling flamed out and B. they didn’t have a lot of finish. So while they may never give up any chances and get a lot, at the end of the day you still have to make all that count. The Canes didn’t have the sharp end of the stick at either point.

But if you were to design what a perfect Cane player would look like, you’d come up with a fast forward with good hands who was busy at both ends of the ice. They would be smart and under-appreciated by their own team, not realizing all the good work they did and only noticing the neanderthal, outdated things they didn’t that said dunderheaded organization was fixated on.

We give you Nino Neiderreiter an the Minnesota Wild.

For years, Nino has been an analytic darling, and a darling of this blog. He has routinely put up Corsi-shares in the 55% range, and was routinely around five or more points higher than his teammates in attempts-share or expected goals. Nino simply always had the puck in the right end of the ice, and when there he was creating chances better than whatever the opposition could come up with.

And yet Mike Yeo hated him because…well, we don’t know. Didn’t hit or something? Bruce Boudreau only had marginally more use for him, even though he seemed to be perfectly suited for Gabby’s ways.

Nino has never been a prolific scorer, maxing out at 25 two years ago but consistently putting up 20-25 goals. You don’t find those kinds of players just hanging out in the drug store parking lot. Nino was bugged early last year by some rotten luck where he couldn’t get anything to go in. That was the last straw for the Wild, who moved him to Carolina before the deadline for clinically dead Victor Rask. It was a lopsided trade to anyone who was paying attention, which definitely wasn’t Chuck Fletcher in the GM chair.

You can guess where it went from there…he definitely fixed the cable.

Nino popped off for 30 points in 36 games in Raleigh, playing for a coach and team that knew exactly what they had. His attempts per game went up nearly 50%. His expected goals per game doubled. Along with that his shooting-percentage went up 50% as well with the better chances he was getting. That might have something to do with Brind’Amour immediately realizing his skill-set belonged with Sebastien Aho instead of some plug on Minny’s third line. The results are the results. It’s what Nino has always been capable of.

Something has gone off the boil so far this year. Nino and Aho have not been the dominant force they were, with their combined metrics down a ton. It continues a pattern for Nino, who wasn’t very effective in the playoffs as he was in the regular season, though that might have something to do with shooting just 3.8% in the Canes’ run to the conference final. Still, that line’s possession marks are still exemplary, and it should be expected that Nino’s individual marks will round back to where they were.

And like a lot of Canes, Nino has a perfect contract for them. His $5.25M hit is hardly unjust for a player who does the things that Nino does, and it takes him until he’s 31 when you’d expect him to decline and the Canes to move on. They’ve got the rest of his prime years.

It’s the kind of shrewd move that the Canes always seem to make to now be competitive with a limited budget (which could be self-imposed or not). Erik Haula is another one, and he’s got seven goals as he also fits perfectly into what the Canes do. Must be nice.