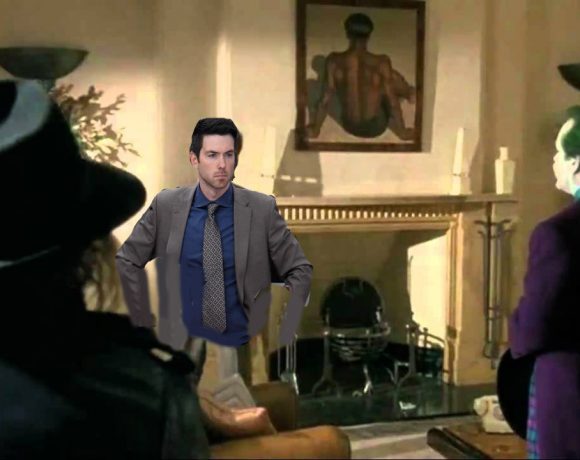 The chatter of late, if you have your ear to the Hawks’ wire, is that they’ve really tapped into their offense, unlocked the cheat code, their heads have gotten super huge and now all they do is the flying triple-flip dunks (man I need to play some NBA Jam soon). You can find symposiums on it here, here, or here.

We talked about it on the podcast, and before the Vegas game we did notice that the Hawks were looking to get out into space more…which is just about the aim of every team that’s worth a shit. But hey, we want the Hawks to be worth a shit, too! Colliton did let it out that they’d moved their weak-side forward closer to the point-man, because when the Hawks were recovering pucks they found that having him four feet away wasn’t leading to a lot of breakout possibilities. They were starting out with the opponent’s d-men and third forward already in front of them. The hope was that they could get behind them a bit more with a second forward ready to spring. Makes sense.

Is it really working out, though? Get ready folks, I’ve got more charts! Oh do I have charts! First, their attempts per game:

Hmm, not really much there. Kind of trending down all season. Ok, let’s try just actual shots-on-goal…

Not much there either. I know, let’s got to expected goals for, because that will tell us if they’re getting better chances even with the same or slightly less amount of attempts and shots.

A little better. Some of this is score-effects of course, but overall the Hawks are still trending down. Now, it’s important to mention that as the season goes along, pretty much every team trends down a touch, because October hockey is the most open and then teams really start to lock it down, or stop caring about getting up the ice as fast, fatigue is probably a factor, as are injuries to key players. But still, for all the noise you’d like to think the Hawks are trending a little better than this. Could it be something else?

Now, again, we have to be fair to the Hawks. For most of the season they were shooting below 7%, and with the snipers they have that simply was never going to continue. There was always going to be a market correction, though it would have been hard to predict this violent of one over three games.

But let’s be positive, while admitting this is far too small of a sample size to know what’s really going to happen. But check this out:

Whatever the Hawks have been doing, this has held pretty steady over the season. So you could say that the threat the Hawks have carried of last has kept some teams on their heels. Both the Knights and Leafs piled up shots but not exactly a ton of great chances until score-effects kicked in, and even then it wasn’t huge. The Knights especially, given how immobile their defense is in spots, were hesitant to get them too involved, and when they did we saw the amount of odd-man rushes the Hawks got in the other direction.

Will that work tomorrow in Nashville against perhaps the most mobile defense in the league? Most likely not. But the thing is, few teams have the mobility on the blue line the Preds do, and they can get overly adventurous here and there. We need more games to know for sure, and probably isn’t worth revisiting until the new year, but so far the Hawks have benefitted from their marksmanship returning to their normal levels more than some systematic change.