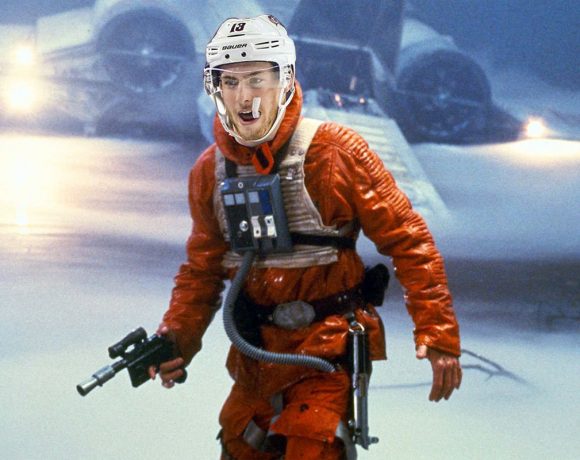 As the Blue Jackets pick through the half-drank bottles and empty plates of the party and simultaneously the ruins of the team of the last two years, the only one to ever bring a playoff series win to Ohio, they must figure out where they’re going and how they’re going to get there. Even with the departures of Artemi Panarin, Sergei Bobrovsky, and their deadline acquisitions, there does seem to be a foundation with which to start again.

There’s a solid top pairing, and that might even be underselling Seth Jones and Zach Werenski. Ryan Murray finally overcame the obstacle of his body being made of Tonka toys to emerge as a solid second-pairing option. Vlad Gavrikov has turned some heads in the opening of this season.

Goalie is obviously a problem, and forward isn’t far behind. While Cam Atkinson poured in 41 goals last year and has consistently provided around 30, he just turned 30-years-old and for a player who relies on speed, one has to wonder how much longer he can contribute top line numbers. Then again, he could be the much more chipmunk-faced Patrick Marleau. It’s clear Nick Foligno and Brandon Dubinsky are past it. Boone Jenner is somehow only 26 still but has proved to not be much more than a middle line pivot.

So a lot of where the Jackets are going to go, and how they’ll get there, is riding on Pierre-Luc Dubois. See if this sounds familiar, a big center with nifty hands taken third overall? That was Dubois back in 2016, though he came out of the runway-to-the-net that is the QMJHL instead of the we’re-still-cowboys WHL that Kirby Dach might emerge from this year. Dubois has had the bonus of centering Panarin and Atkinson his first two years, which resulted in a more than respectable 64 points at just 20-years-old last season.

But Panarin is gone now, so whatever aid or safety net he was providing Dubois went with him. Is he up to the challenge? On the scant evidence we have, he should be. Dubois’s attempts-share fell off a cliff away from Panarin in his first two seasons, from 56% with to 48% without. Luckily for the Jackets, Dubois’s xGF% didn’t suffer near the same drop, though a drop nonetheless, which means though they might not be in the right end as much without Pantera they’re still getting the better chances.

He still has Atkinson of course, and though it’s only six games the results are good so far. They’re in the positive in both attempts and expected goals, with Gustav Nyquist standing in for Panarin, and who’s made a career of being just north of representative. Long season to go, of course.

And it’s a big one for Dubois, because it’s after this one that his entry-level deal expires. The Jackets are well set-up to give him a big contract, as they have $18M in space as of now with only Dubois being the must-have among all their free agents. Yes, they’re going to have to find a goalie somewhere, but they’re just as likely (and probably better off) trying to find a young one of those that they don’t have to overpay to pretend to care about OSU football and emphasize the pronunciation of “the.”

Still, the Jackets might want to take a breath before they decide whether or not to hand the boat to Dubois. 64 points at 20 is a hell of a thing, but they’ll need to see this year that he can be a 80-90 point guy. GM Jarmo Kekkalainen didn’t think Ryan Johansen was that back in the day, and he got Seth Jones out of it. It’s that type of shrewdness that might be the way to land himself a goalie, though it doesn’t have to be Dubois to get him that.

Teams find it hard to get anywhere without a true #1 center. Dubois has this year and maybe a couple more to prove that he is that.