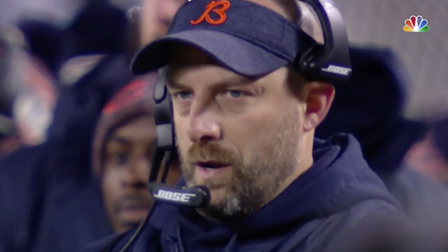 Bears after the Bye: What now?

Daaaaaaa Bears are back at Halas Hall and practicing this week after the long week off following the loss in London. They’re not whole, though. Kyle Long was mercifully decommissioned on Monday, hitting IR without a designated to return rider. Akiem Hicks isn’t on IR, but Matt Nagy casually said he hopes to see his disruptive DT back THIS SEASON…so, uhh, maybe we’ll see him by Turkey Day?

Mitchell Trubisky, Taylor Gabriel and Bilal Nichols were all back, though, so it’s not all bad. And the Bears look out at an odd, changing NFC that still holds a path to the postseason if they can navigate it all well from here.

Where we left off

The Bears are 3-2, good for third in the division. They lost two games they probably should have won, but won at least one they shouldn’t have, so we’ll call it even. The fairy tale of a near injury-free 2018 has turned into a crowded trainer’s room in 2019: Trubs, Gabriel, Nichols, Hicks, Trey Burton, half or more of the O-Line…all missing time through five games.

The off week comes at a good time getting a good amount of that list back for Week 7, and while the loss of Long may actually end up being a positive (more on that later) the arm injury to Hicks is a major blow. Nichols will need to step in and contribute right away and more is needed from the already pleasant surprise of Roy Robertson-Harris. Hey, it’s not all bad. They still have Khalil Mack.

Trubs back under center remains an uncertainty, but anyone that wants to argue they’re better with Chase Daniel is lying to you and themselves. Mitch is the guy, for better or worse. Nagy getting the best out of him and the offense is still the key to the way this team is built. The revamped offensive line helping to open up the run game is probably what helps Mitch and Nagy more than just getting the QB1 back.

Dan Durkin at the Athletic penned a massive article you can go read if you want, but it basically boils down to the big bodies up front getting to the second level and giving the backs something to work with. There’s more to it than that, but it boils down to better play in the trenches going a long way to offensive success.

State of the NFC…and path to the playoffs?

The NFC North is incredibly tight. The Packers are in control at 5-1 after a very, um, oddly officiated MNF win over the Lions last night. Detroit drops to 2-2-1, but they look better than expected thus far. Minnesota is going to look great and then awful week to week, but currently sit at 4-2 after a big win over Philadelphia. So the Pack sit in the driver’s seat, but they’re banged up on offense and might be carried by the defense for the first time in…ever? The division is still very much in play, but for a team that needs to create their own identity, the Bears should focus on winning each week one at a time.

That mentality starts now, with a home date and the 5-1 Saints ahead. Beyond that, games against the Eagles, Lions x2, and Rams will all hold bigger weight than a single win as they could come into play as tie-breakers in the NFC playoff picture. If the Bears aren’t at eight wins by December, that big SNF matchup with Dallas won’t be big at all. Can Nagy get it all going well enough to go 5-2 from now until December? A final month of games with the Cowboys, Packers, Chiefs and Vikings sets up for some real excitement if this team can get things sorted out.

That’s a very big “if” at the moment.