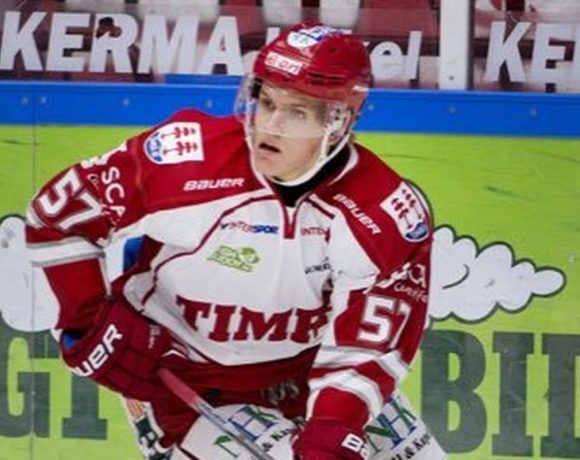 This Is What We’ll Feed On While We Starve

As the playoffs continue to roll on without the Hawks, those of us hoping to get any morsel of hope have to wait for them to end. The Hawks have done a couple things around the margins this week, in what we would call “depth-building” if we felt like being charitable. Which would be a real upset, but hey it’s finally getting warm so maybe our hearts have turned a little. A very little.

The first droplet was Alex Wedin deciding to sign with the Hawks. They had competition from other teams, and this is where the Hawks’ success with other European signings certainly plays a role. Wedin is 26 and had a breakout season in Sweden with his team getting promoted to the top division there for the first time this season. Wedin isn’t  very big, not clearing 6-0, but he is fast according to reports, and I’m always on board when the Hawks choose speed and skill over size. He averaged nearly a point-per-game in hist first season in Sweden’s top division.

That doesn’t mean there aren’t problems, and there’s a chance Wedin is just doing the Rockford-Chicago shuttle all year. He wouldn’t have signed with the Hawks if he wasn’t promised every chance in the world at training camp, so he’ll get that. But players who break out at 26 generally aren’t all that highly regarded and don’t go on to do much. There is some hope that his late-blooming was due to previous injuries, but we’ll have to see.

Still, when it comes to European signings, the Hawks should be given most of the benefit of the doubt. Not every one of them has worked out, but most have. Next year David Kampf and Dominik Kahun will be prime examples, and Dominik Kubalik and Wedin look to join in next year. There’s certainly nothing wrong with fortifying your bottom six, though the hope was that the Hawks would do that by pushing other guys down after getting top six help.

Right now, you’ve got Kane, Toews, Strome, Saad, and Top Cat definitely in your top six. Possibly Anisimov if he isn’t traded, Caggiula, Kampf, Perlini, Kahun, Kubalik, and now Wedin are vying for bottom six roles, along with Dylan Sikura, and maybe even MacKenzie Entwhistle if he comes up for air at some point. If the Hawks want to move forward they can’t do that by force-feeding one of these guys into the top-six just because. but depth is certainly a nice thing to have. The case for trading Anisimov certainly gets better, especially if the Hawks are truly convinced Caggiula is built for a #3 or #4 center role, which they crowed about when he was acquired.

-The other note is Slater Koekkoek being re-upped for a year, which isn’t encouraging. I would say “Rockford depth,” but the Hawks have four guys that are Rockford depth in Koekkoek, Dahlstrom, Forsling (if re-signed), and honestly that’s Seabrook’s skill-level now. What’s disheartening is that the Hawks have made so much noise about being able to improve this group with just a training camp under Coach Cool Youth Pastor, that I’m beginning to think they believe it.

And even Rockford depth is complicated, where you might have Nicolas Beaudin needing all the minutes he can get if the Hawks do force most or all of those guys back into the AHL. And they didn’t just bring Chad Krys in to sit around either. We know that Keith, Seabrook, Murphy, Gustaffson, and Jokiharju are going to be on the team next year (or we hope with the last name there), which really only leaves one spot for any kind of signing or trade (assuming the Hawks don’t grow a pair and move Jokiharju for something, or get some bayou shaman to curse another team to take on Seabrook).

On a lower level, Koekkoek showed absolutely nothing that warrants getting another look, and as we’ve just illustrated depth really isn’t a problem. His $925K hit is a nothing, so that’s not the problem. Thinking he’s anything is. And if you think Stan Bowman will simply discard a player he likes, I’ll remind you how many games we sat through David Rundblad. At least Koekkoek didn’t cost a 2nd round pick.