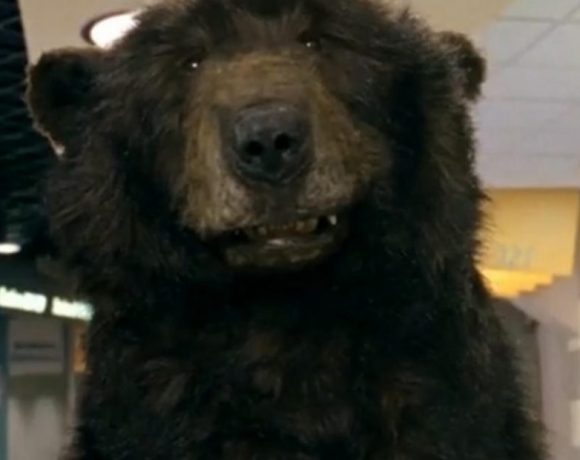 Game #57 – Hawks vs. Bruins Preview/Slush Shoveling: Hateful Eight Would Have Been A Much Better Play

If some of this recent winning-streak for the Hawks is based on getting to play some lower-tier competition, that will change a bit tonight on Causeway St. Then again, the state they’ll find the Bruins in doesn’t exactly make them a premier force either. It doesn’t have to make sense, because it’s hockey and it’s the NHL. And I guess I’m contractually obligated to point out the Canucks lost last night, this is the Hawks game in hand on them, and they could climb higher. If that matters. Which it might. But probably doesn’t. But maybe.

Anyway, the Bruins. They’ve won four of five, while inspiring exactly no confidence in their fans while doing so. They needed overtime to get past the Kings and reeling Avalanche. They needed a shootout to get past the confuse-a-cat Rangers. They scored one goal against the Caps. So it’s not a clear demonstration of raw power, exactly. The Bs are third in the Atlantic, in a real tussle with the Leafs and Canadiens. And it’s one of these weird happenstances that only takes place in the NHL, where it might actually be beneficial to finish fourth in the division. Second or third means going through either the Leafs or Habs and then the Lightning. Swapping over to the Metro could see a team have to get past a somewhat illusory-Islanders team and then any of a flawed Pens, Caps, or Jackets. The easier path is clearly marked.

The Bruins are also beat up. It was announced this morning that David Pastrnak is out for three weeks with a thumb injury, and this was a team that was one-line-plus-one-center anyway. Now David Krejci has no one to play with again, and the unholy alliance of Patrice Bergeron and Brad Marchand will look to their right and wonder how Danton Heinen got there. Clearly, the Bruins are screaming out for a move, and should be in on any discussion for Panarin, Duchene, Stone, and whoever else. That is if they think they can make anything of this season. Given the age of Bergeron, Marchand, and Zdeno Chara, they don’t really have seasons they can just give away.

All that said, this is the Bruins team you remember. When Bergeron is out there, they’re one of the best teams around. When he’s on the bench, they are most decidedly not. When he’s playing, the Bruins carry nearly 60% of the chances and attempts, and are below water when he’s on the Gatorade. Krejci is having a wonderful season, and he’s doing it with interns and contest0-winners on his wings for the most part. David Backes is broken and dead. None of the kids that showed flashes last year have backed that up. Jake DeBrusk has three goals in 2019. Heinen has been a nothing. The Bruins are short, and would look to be short if they run into the Leafs in the first round, and would heavily struggle with the Canadiens’ speed at least.

The defense is at least healthy, which is most certainly wasn’t earlier in the season. Chara, McAvoy, and Krug are all back. Chara is still getting done by cutting down his game more and more and letting McAvoy do the work beyond the Bs blue line. Krug is still a choose-your-own-adventure at evens but a power play weapon, making him Michigan Gustafsson, really. But that’s ok, because the goalies have been really good. Both Tuuke Nuke ‘Em and Jaro Halak are over .920 on the season, and Rask hasn’t lost in regulation in nearly two months. So even when Bergeron isn’t keeping everything on one end, the Bruins get bailed out most of the time.

To the Hawks. Dylan Sikura will replace Kunitz in the lineup to keep him saved for his 1,000th game at home on Thursday, because that’s a huge occasion for this organization. Apparently. The defensive rotation will continue. What the Hawks need to do is figure out how they want to handle Bergeron. Bruce Cassidy will toss him out against anyone not named Toews every chance, and the Hawks are either going to have to try and survive or change quickly. Bergeron and Marchand against Anisimov and Hayden is not going to be funny for anyone in red, so that’s one the Hawks will probably try and get away from and have Toews or Kruger take on the big assignment.

Eight is better than seven, even if it’s empty.