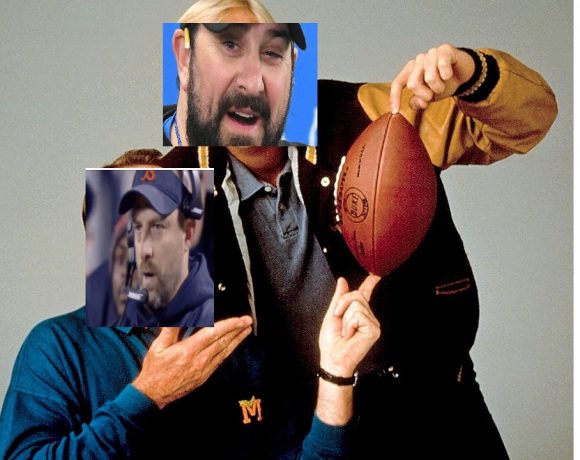 We’ve had this conversation before, most recently ahead of the Chargers game; the Bears offense is dreadful and they’re about to face a defense that’s as equally, if not more, inept than they are. SOMETHING’S GOTTA GIVE, RIGHT??? We’re gonna find out if the Detroit defense is just the right medicine Trubisky, Nagy and the Bears need or if Patricia can use Nagy’s poor year to get his defense back on track. This is a pretty massive week for both of these teams, kicking off stretches of four games with three they each have to feel are winnable (DET/CHI play twice between now and turkey day, sandwiched around CHI @LAR/vsNYG and DET vsDAL/@WSH). Three wins in the next four would put each team at six wins on the year and in the hunt for the Wild Card, but anything less and you’re going to start hearing about whether or not either of these guys gets a crack at year three.
Nagy has his fantastic first season to buoy him, IMO. And maybe with a different QB the Bears look A LOT better. I think the Bears have to have a total disaster of a 2nd half for Nagy to lose his job. Patricia on the other hand, is coming off 6-10 and another losing season after the investments made and the depressing defense (allegedly his strong suit) could see him and possibly most of the Detroit front office fired into the sun. Matt Stafford isn’t getting any younger and his offense is performing well enough to win games, and none of that sentence bodes well for the defense-focused first time Head Coach staying in charge without showing progress – and quickly. Here’s to hoping Nagy can help Patricia start finding a real estate agent sooner than later.