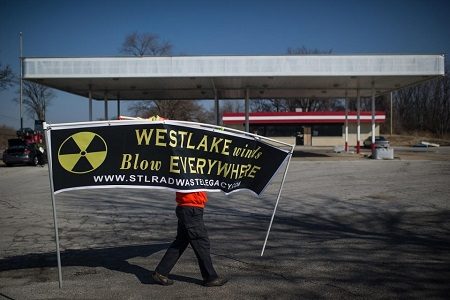 Game #2 – Hawks at Blues Preview: The ‘This Year’s Different’ Cup 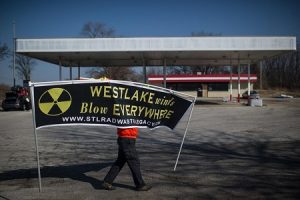 The NHL decided to kick off a weekend of inferiority complexes early, as the Hawks took I-55 south to practice in an abandoned fucking mall because St. Louis is less a city than it is a cluster of trash piled together by no fewer than five rat kings. If there’s one good reason to watch, it’s that the Blues managed to do one thing right for the first time in team history for tonight’s game, choosing to don the powder blue uniforms that might deceive the undiscerning eye into thinking this is a team that chooses not to employ players who drink rainwater from the rafters for sustenance. And yet . . .

The first game of the “This Year’s Different” Cup couldn’t come quickly enough for the Blues, who had a mudhole stomped in their asses by Winnipeg in the season opener. Trash City hung with the Jets for an entire two periods, presumptively because no one in St. Louis can count higher than two, before giving up three goals in just under two minutes in the third. It’s once again the Blues’s woeful defense and goaltending that will keep it from ever doing anything worthwhile.

Year in and year out, the Blues try to convince everyone that Alex Orange Jello and Jabe O’Meester are not only not dead but also top-pairing guys. And they’ll do it again tonight, mostly because there’s nowhere else to go for them on the blue line. Vinny Dunn and his gabagool-stained sweater will likely pair with Colton Parayko, and these two can move the puck if nothing else. And let us assure you, they can’t really do anything else. In the season opener, Dunn–Parayko had CF%s under 25%, despite the Blues having a 54+ CF% on the game and despite those two starting in the offensive zone more than 70% of the time. You have to try to be that bad. Behind them is the Cronenberg pairing of Chris Butler and Jordan “The Lesser” Schmaltz, which might be worse than anything the Hawks throw up on the ice today. That’s a real commitment to sucking.

All of this makes you wonder just how long Jay Gallon can go before having a complete mental breakdown. As the perennial presenter of the “This Year’s Different” Cup, Jake Allen has seen this movie play out, and it never ends well. And lo, Thursday saw him toss a .800 SV% up, including a short-handed goal, despite his strong first 40 minutes. At some point the Blues will have to admit that Gallon probably isn’t the guy to get them to the WCF, let alone past it, but that day is not today. He’s likely to get the start, but if humanoid marital aid Mike Yeo gets itchy, it’s possible to see Chad Johnson take his first start for the Blues. Johnson is about as much of “a guy” as you can find, right down to his frathouse-appropriate name.

Even with all the dreck on the back-end, the Blues do have dangerous weapons up front. Ryan O’Reilly and Vladimir Tarasenko have all the skill to be a holy terror, provided the aptly named Patrick Maroon doesn’t trip over his own dick too often and kneecap them. You can count on him getting into at least one fight tonight for HOCKEY REASONS, and god willing it’ll be with Brandon Manning and result in match penalties for both.

Behind them is the quick and crafty line of Jaden Schwartz, Brayden Schenn, and Jordan Kyrou. Kyrou is just 20 years old and stands as a beacon for St. Louis’s future offense, as he’s fast and has outstanding hands and vision. With most teams looking to blanket the O’Reilly–Tarasenko line, this is where you figure the Blues can do the most damage. Bozak is on the third line where he belongs, but slotting him in with Steen and alleged-living-person David Perron as the Blues’s version of a dungeon line is going to have him wondering what the fuck he was thinking signing in STL. The Ivan Barbashev–Rob Thomas–Sammy Blais line rounds it out. Thomas (20th overall in 2017) and Blais are both supposed to be a thing for the Blues.

As for the Hawks, the song remains mostly the same. Cam Ward will try to build off a decent performance against the Senators, assuming the Hawks don’t fart and belch their way through their own zone like they did on Thursday. The Hawks had a hard time fending off pressure from Ottawa’s crashing defensemen on Thursday, which simply doesn’t bode well against a team with better weapons like the Blues do.

There are no changes for the Hawks defensively. Duncan Keith and Henri Jokiharju will have their work cut out for them against either the O’Reilly or Schenn line, and this will be HJ’s first real test of his defensive awareness and abilities. Erik Gustafsson and Jan Rutta will keep doing whatever it is they’re supposed to do, and this game is set up to allow Cowboy Gus to be an aggressive bum slayer. The shutdown pairing is Manning–Seabrook, which is fucking hilarious because the only thing Manning has ever shut down is any hope that the Hawks’s pro scouting department has any idea what a hockey player is, let alone what a passable hockey player looks like. Brent Seabrook did look better than expected on Thursday, but whether that’s per se or resultant of playing next to Manning remains to be seen. If God were merciful, you’d have Davidson rotate in for Manning, but alas.

Before I digress into another fit about Manning, let’s get to the forwards. The only change that might be made is subbing in John Hayden for Andreas Martinsen on the fourth line. We still aren’t sure why Moonface Luke is playing center over Kruger. The Toews line figures to carry most of the momentum in this game, and if the Hawks can get more than just 10 minutes of giving a fuck out of the Kane line, there are plenty of advantages to take against the Imo’s Pizza that is the Blues back-end. We’ll likely see Kunitz–Anisimov–Kampf out for far too long against Tarasenko, because it’s completely fucking normal for a team with playoff aspirations to have line like that as their third. Truth be told, that line was the most dominant in possession on Thursday, but the Blues are much, much better than the Senators you assume, so there might be a violent regression here.