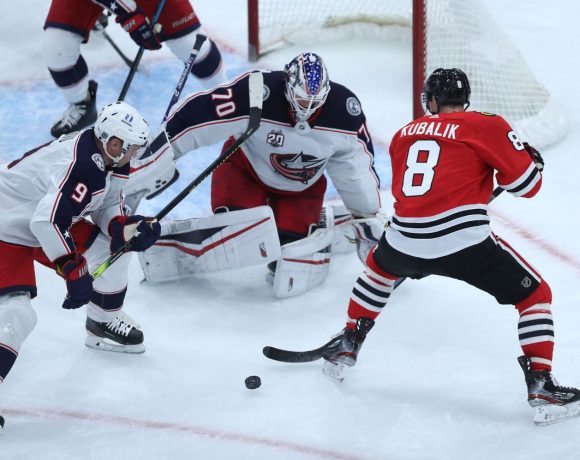 Here we have the first series of the young hockey season where the Hawks dominated most stats in the column and ended up not winning both games. If it were not for the efforts of Joonas Korpisalo in the first game stopping 31 of the 32 shots, the Hawks would’ve walked away with at least 3 if not 4 points in the series. Korpisalo stoned multiple Hawks in the 2nd and 3rd frame, most notably on the mini breakaway by Carl Soderberg. Ultimately there was a lot more to like than dislike about the Hawks effort in the series, and any progress has to be viewed in a positive light this season. Could Coach Smoothbrain be getting his message through? Perhaps…

-For the first time this entire season, the Hawks not only were able to avoid getting crushed in possession metrics, they were the ones doing the crushing. Game one they owned the CORSI by a 55% to 45% share, and 52% to 48% in the 2nd. As noted above, if it were not for the Herculean efforts of Korpisalo the first game would’ve ended quite a bit differently. There are times when CORSI doesn’t accurately depict what the flow of the game looked like, but this was not one of those times. The Hawks clearly had the edge in play for both games, and were the better team for long stretches.

-The powerplay is still nails, and was responsible for the only time the Hawks were able to dent Korpisalo’s armor in game one with a nifty roofed backhand by Strome. He’s definitely found a home being a pest in front of the other team’s netminder recently, and if his ceiling is “Thomas Holmstrom Lite,” I can totally get down with that.

-Nikita Zadorov on the PK is just…not good. He’s constantly leaving his spot down low to go look for HITZ and leaving his partner and goalie out to dry. The need to put a meathead out there like that because you “have to have that guy who can clear the front of the net” becomes utterly useless when he wont STAY BY THE FUCKING CREASE.

-In ice time news, Colliton has rolled out a new plan. That plan apparently involves giving Patrick Kane the kind of minutes that Duncan Keith would get 10 years ago. 27 total minutes without the game going into OT was insane in game one. I realize you’re chasing a goal in the 3rd, but if this continues Kane is going to burn out before the snow melts. Hopefully this is just a function of not having DeBrincat right now, because it’s not sustainable.

-As good as Korpisalo was in game 1, his timesharing partner Elvis Merzlikins (amazing name) was as bad. There wasn’t anything he could do about Kurashev’s sick tip in the first, but Tortorella is going to have a coronary if he keeps playing the puck so poorly behind the net. Pius Suter will take gifts like that all year long, I’m sure.

-In the opposite crease, Kevin Lankinen continues to be a pleasant surprise in net. He doesn’t do anything spectacularly, but he’s very positionally sound and has adjusted to the North American sheet of ice much quicker than I expected. Winning the puck possession battle in games will do wonders for his shot volume because once teams set up in the Hawks zone it’s difficult for them to be removed from it.

-Kurashev being on the top line with Kane is a good thing, and the CORSI bears that out as they carried a 59% share when they were on the ice. More please.

-Next up for the Hawks is the return of Our Sweet Boy Teuvo and the mostly COVID free Carolina Hurricanes. This is going to be the first real test for Lankinen as the Canes are a possession monster and pounce on every mistake teams make. Should be fun. 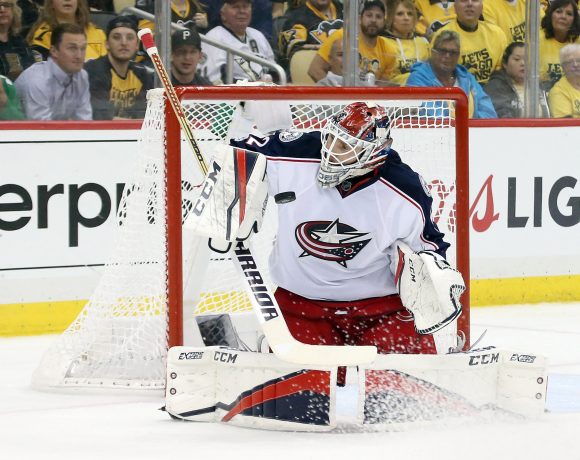 Continuing through the Metropolitan division, we now find a team that most of the Sharpest Minds agree that is due for a serious regression in that midwestern Big 10 city known for its cosmopolitan nightlife and culture, Columbus, Ohio.