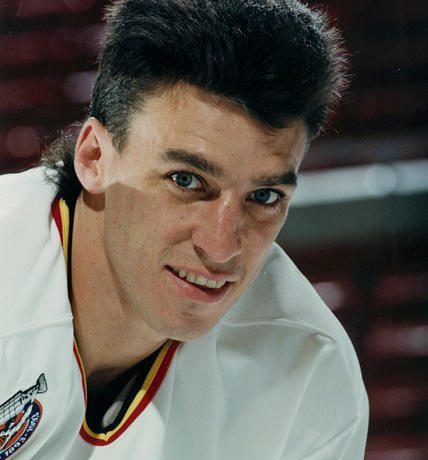 We sent out the clarion call for Canucks experts. We found @PetBugs13. He also goes by Graphic Comments on CanucksArmy.com.

Ok, this should be fun. Why won’t the Canucks trade Gudbranson and/or Vanek at the deadline even though they’re not going anywhere?
Um, do you guys remember when Dale Tallon couldn’t figure out how to work a fax machine? Well, Jim Benning is like that, but with an NHL roster.
That’s the short answer. The long answer is they think they need Gudbranson to provide the grit they lost in Derek Dorsett, as if fourth line tough guys aren’t a dime a dozen in the NHL. And although the plan all along was to trade Vanek at the deadline, now they think they need to keep him around for next year if the Sedins decide to retire.
Wow, that’s even more depressing when I see it written out like that.
Is Troy Stecher anything worth getting excited about? The Canucks don’t have a Boeser on the blue line so they have to start somewhere, right?
I don’t know about getting excited, but the kid has potential. What he lacks in size he makes up for in hockey smarts. He’s probably been the Canucks’ best defenseman the last two years. Sure, that isn’t exactly saying much on a blueline that has featured Luca Sbisa, Erik Gudbranson, and Michael Del Zotto, but he’s probably been better than Chris Tanev overall. Mind you, Tanev has had to carry a lot of that aforementioned dead weight most of that time, so he’s had some bad stretches. But yeah, Stecher has been a pretty solid defenseman, for a 23-year-old that probably doesn’t crack six feet even with his skates on. He doesn’t so much battle for the puck in the corners as use positioning and his stick to come away with it, and he has the skating ability to carry the puck out of the zone probably better than anyone else on this defense. So no, he’s not exciting, but he’s dependable. And on this team, I’ll take it.
Jake Virtanen is only 21 somehow. Are they ever going to be able to turn him into anything to join Horvat and Boeser in the next wave or is he this and that’s it?
Let’s put it this way, the hope is that he’s another Bertuzzi. The fear is that he’s another Neely. The reality is probably that he’s another Kyle Beach.
But seriously, what Virtanen has in size and speed, he lacks in hockey smarts. He had a great Junior career because he used that size and speed advantage to manhandle the kids he was playing against. But those advantages disappear when you get to the NHL, and I’m not sure he has the hockey sense and skills to fall back on. Even his hitting, which was a huge part of his game in Junior, has disappeared. Not sure if that’s because he hurt his shoulder and has never recovered, or if he’s just gun shy after getting hit with a two game suspension in his rookie season. This is a guy that could really have used a couple years in the AHL to round out the rest of his game and learn what it takes to be a professional hockey player. But the owners and management desperately wanted him in the NHL, so here we are.
What will the Sedins do this summer? They’re old and won’t play anywhere else and obviously the Canucks are years from a Cup. But it’s not like they’re useless either.
It has pretty much been an open secret that they want to play at least another year, and if you look at their performance this season, they still can still control play when they’re on the ice and they’ve found new life on the powerplay now that they have a trigger man in Brock Boeser. The big question is how much they’ll want to be paid if they come back. They’re definitely not $7 million players any more, but they’re not $3 million players either. So will the Canucks be willing to give them $5 million each to come back?
(In an alternate universe, they agree to a trade to a contender at the deadline for a chance at the Cup and then re-sign here as free agents in July.)
There seems to be a fear among Vancouver ownership that Canucks fans won’t stand for a full rebuild. But surely they’d have more patience for that than watching a barely middling team run in place, no?
Absolutely. What this fanbase rally wants is some hope for the future. Well, the smart half of the fanbase, anyway. The dumb half always has hope and thinks are going just fine, thank you very much. So yeah, a full rebuild is exactly what this market needs. As long as the trajectory is on a downward descent, the fans are going to be restless. If you can bottom out quickly and show that there’s hope for the future and the team is starting to get better, the fans will get behind it. The team has almost turned the corner, but it’s taken four years. More if you count the last couple of years under Mike Gillis, when he was prevented from tearing it down by the owners. But even that little hint of hope that has started to creep into the fans since last year’s trade deadline can be just as quickly snuffed out if they don’t stick with it and turn guys like Vanek and Gudbranson into useful assets at this year’s deadline.