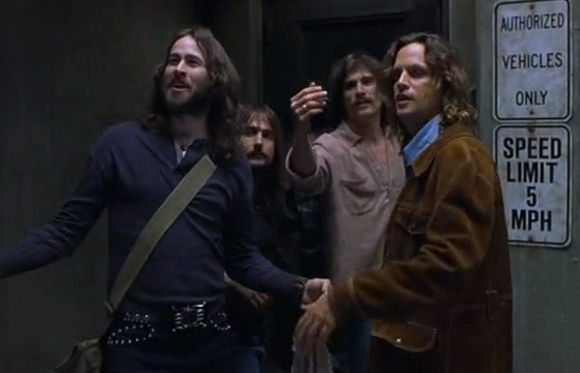 For most of the past few years, one of the main discussions in the game and outside of it is how to improve scoring. And we here have tried to point out that scoring isn’t the problem, action might be. There have been half-hearted attempts to try and open the game, but mostly it’s to increase power plays which will increase goals, and the hope is that the even-strength game will then open up out of fear of the power plays. It’s never quite worked, though scoring was up a tick this year.

Game 1 of this Final was used as proof that lots of goals means lots of excitement and that this is what the game should be aiming for. As I said after Game 1, I’ll go for this fractured, frantic contest every day ahead of a 2-1 truck-pulling-a-stump-fest. That doesn’t mean I need every game to be 6-4. In fact, I would prefer 6-4 to still be the rarity, so that we can enjoy them every time instead of just getting accustomed to it and it becoming lacrosse.

Last night was proof that you can still have the speed and the raucous pace that doesn’t lend itself to intricate passing or build and all the excitement that comes with it and have the goalies be a part of it, too. Big saves, like Holtby’s with less than two minutes to go but Fleury has a few himself, are just as exciting as goals sometimes. It’s a big moment. It’s a game-changing moment. Games pivot on these just as much as they can goals. Hockey doesn’t need goals, goals, goals. When it’s open like these two games have been, it gets goals but it also gets these goalies doing amazing things, too.

In essence, hockey has something of a similar problem that baseball has at the moment. They have these great athletes at the goalie position, but they don’t get to do enough to show it thanks to defensive systems that are meant to stop pucks from ever getting to them to stop. To choke off space so that shots aren’t even attempted. Goalies now are just reacting to angles and cutting off the lower part of the net. A lot of their saves are on shots they never really saw. Much like in baseball, you have athletes all over the field but you don’t get to see them make plays much because everyone is striking out or hitting homers.

We really can see what these goalies can do when they have to stare down open shooters or have to deal with passes across the slot and such. And that’s fun too! When Carlson gets to let loose freely from the top of the circle and Fleury is coming out to meet him, that’s as close to an Old-West gun-fight as you’re going to get in sports. It’s unique to hockey, because we don’t know the result. Sure, LeBron can roll to the hoop and be met by a defender, but whichever way that goes it’s one basket. If you’re one-on-one with a goalie in soccer, you’d better fucking score.

Hockey needs to find a way to get more of those moments per game. What are you going to remember more, any of the goals from Game 1 or Holtby’s save from Game 2?

-As for the game itself, the Caps seemed to weather the storm and then got the better of the middle 30 minutes or so by letting Carlson, Orlov, and Niskanen just skate past the forecheckers of the Knights. It’s a risk if you can’t get away from them, but trying to complete any pass under that sort of pressure is a bigger one. When any of them beat the first guy and caught the second forechecker going the wrong way, suddenly they had a plethora of space and odd-man rushes with possession. The Caps made plenty off that, then pushing the three back for Vegas, or just the defense, back off their line and then making plays just inside the Vegas line. Orpik’s goal came from that, because once they beat the forecheck and just kept going the backtracking forwards weren’t there.

Fleury didn’t cover himself in glory, as he was by the slots at the Mirage for Eller’s goal, way overplaying Kempny who had a man half on him. The other two goals he’s not going to do much about, but this is what happens with Fleury. When he’s really feeling himself he gets way aggressive, because he’s still one of the more athletic goalies around. But it’s a very fine line, and once he goes over the edge on it he can look very flappy/swimmy/sprawly. If he doesn’t get on the other side of that line, the Knights are going to be up against it.