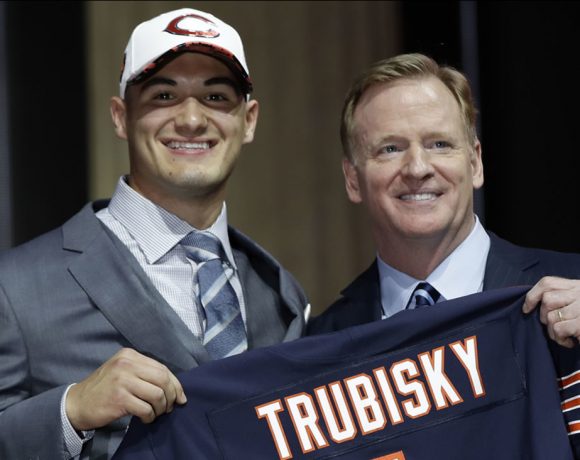 Regardless of how great the 2019 Bears defense is supposed to be, the success of the team will ultimately rely on the play of third-year quarterback Mitch Trubisky. This could be a problem if Trubisky’s advanced metrics from the 2018 season are any indication of future performance. To be clear, I am convinced #10 for the Bears will be markedly better this season, however, an advanced look into his stats for the 2018 season do not paint the prettiest picture for an organization that has never truly had an elite passer under center.

So, before you make your Super Bowl reservations, I took a deep dive inside some numbers from last season that go way beyond your layman QB stats:

Using the above mentioned advanced stats, as well as many, many more, two intriguing conclusions have been made:

In sports, you are who your stats say you are, but I cannot believe there is any way I would want Bridgewater as the quarterback of this team instead of Trubisky. In fact, I wouldn’t even want a healthy 2015 version of Bridgewater over the Bears #10 right now.

Moreover, drafting Trubisky in the late 4th round would be the steal of the 2017 draft and probably most other drafts. Keep in mind that this projection is based only on the previous years’ stats and do not provide a career projection.

After digesting numerous advanced metrics and trying to make sense of it all, I am at the same place I was before I started, I’m just more certain now – Mitch Trubisky’s accuracy will be the key to a successful 2019 season for the Chicago Bears.