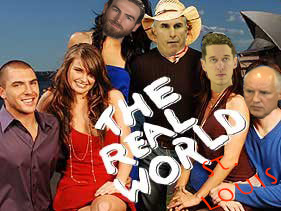 It’s kind of amazing what happens when your organization shows urgency and never stops doing so. While John Cooper should win the Jack Adams Trophy for Coach Of The Year for presiding over a historically good team, Craig Berube is going to have a serious case. It was just after the new year when both the Hawks and Blues were at the bottom of the NHL. While the Blues have a better roster, one of them responded properly, One of them responded by goofing a power play for a matter of weeks. But it’s not as if the Hawks couldn’t have had Ryan O’Reilly if they so desired.

On January 5th, the Blues were 16-19-4. They’ve gone 27-9-4 since. And by every measure, they’ve greatly improved. If the argument is that it took Berube a couple months to instill his changes to Mike Yeo’s “system” (and we were never sure what it was), then this proves it. After six weeks, the Blues apparently had it down. Do the Hawks have Colliton’s? You know the answer to that one.

The Blues, before and after January 5th, are up or down as they should be in every metric category. They take more attempts, they give up less. They create more scoring chances and give up less. And perhaps most importantly, they are utterly dominant when it comes to high-danger chances, their percentage ranking best in the league and the amount they surrender ranking second. Systematically, the Blues are better across the board.

And yet…and yet…It’s hard to ignore that the Blues SV% at evens before that January 5th mark was .902, which is below league average. That’s when Jay Gallon was once again being crowbarred into the starter’s role he’s spent years trying to prove he’s not up for, like a toddler in ill-fitting clothes. Finally, they switched to Jordan Binnington, for lack of any other option. Since then, their SV% is .940. You can’t ignore that sort of thing.

And the question becomes is this just a coming-of-age from Jordan Binnington? Or a once-in-lifetime heater from a career nobody? The hunch is the latter.

Binnington had never showed anything like this at any level. He never showed much in his OHL career after being a third-round pick eight years ago. He dipped down to the ECHL for half of a season, where he put up a decent .922. But he never managed more than a .916 in the AHL until a 28-game loan to the Providence Bruins two years ago, where he put up a .926. He started the year in San Antonio just as strongly, and the Blues must have figured why not? They had nothing to lose at that point. Still, a .928 overall was just no something anyone could have seen coming.

And Binnington might already be straining a touch. After his unconscious January and February, Binnington sank down to a .912 in March. But of late he’s beaten the Lighting and Knights, so who knows what the hell is going on?

In reality, this is closer to what the Blues were supposed to be doing before the season than their bottomed-out performance for the first half of the year. This roster was engineered to make a run, and just spent the first half sputtering and wheezing. Perhaps it was just being free of Yeo and his unpredictable moods from day-to-day, or the connection he still had to Ken Hitchcock. He also allowed Vinnie Dunn to be the puck-mover the Blues simply have never had, and never even really considered having. Whatever it is, Berube has provided a structural change to the Blues, and then was in position to benefit from Binnington’s heater. Must be nice.