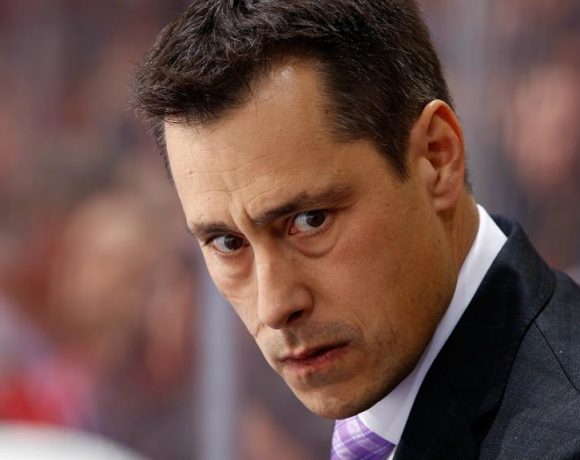 It’s amazing how history can repeat itself.

Guy Boucher came into Tampa with a sterling reputation in 2010. He had won in the QMJHL, and then put up 115 points as the Hamilton Bulldogs coach, when they were the Canadiens AHL affiliate. Of course, being in the Canadiens system certainly led to a lot of press, and he was seen as the heir apparent to take over behind the bench in Montreal, be the homegrown coach who could finally charm their media, and lead the fucking torch to six straight Cups with Habs fans consider their birthright. All while not ever having to utter a word in English, as that’s what causes Montreal media to stain the sheets.

None of it happened. and it turns out one season in the AHL and getting a few children to play along with your system does not a prepped NHL coach make.

Boucher bored the shit out of everyone in Tampa, but rode a really hot Dwayne Roloson to a conference final Game 7. His 1-3-1 trap was never called that because the heir apparent in Montreal couldn’t just be trapping, and also he like, flipped which winger was involved in the trap which caused massive mud-losing amongst hockey media.

Then Boucher’s boring-as-shit ways led the Bolts nowhere the next two seasons because he didn’t have a goalie to bail them out of all the games they didn’t score. He was soon canned, and Jon Cooper took the same roster basically, stepped on the gas, and they’ve been one of the more consistently good teams in the league when not injured.

Boucher got a second chance, because everyone gets a second chance in the NHL. His boring-as-shit ways capped Erik Karlsson a bit, but a hot Craig Anderson and getting sweetheart matchups in the Bruins and Rangers saw them get to a conference final, which they also lost in a seventh game.

And now without that goaltending, the Senators are just as dogshit as the Lightning were under Boucher. Sure, there’s a talent-deficit, but he’s not making any of it better. The Sens are bad and hard to watch, which is a bad combination.

So please, let him take over the Canadiens one day. We’re dying for them to slip even more into irrelevance.