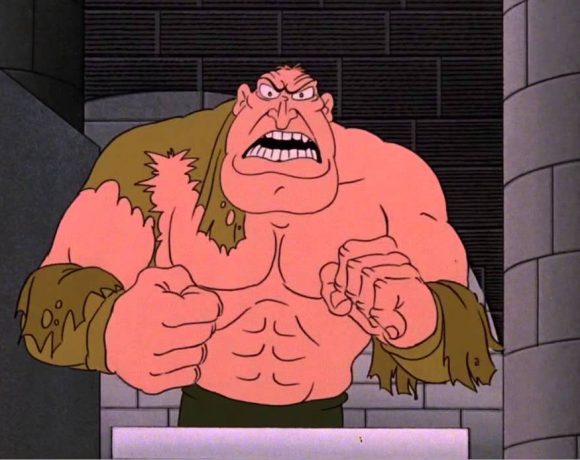 It used to be that David Backes being a shit-gibbon was kind of our little secret. The rest of the NHL looked upon him as the usual “valuable warrior” type, because he was too damn slow to avoid contact and was always around after whistles. Oh, and he captained the Blues, who were too stupid to ever change their game from knuckle-dragging antics and yet were views amorously by various, drunk hockey analysts who longed for the days they could no longer remember thanks to what happened in those days. Backes being the subject of Brent Seabrook‘s fury in 2014, at what was basically the height of the recent Blues-Hawks rivalry, only added to the legend. Surely he must’ve got under the skin of an actual accomplished player like Seabrook!

But with NHL contracts under the greatest scrutiny of any sport thanks to the hard cap, it didn’t take long for Backes to wear out any goodwill in The Hub. Because as he skated around like he had kept all of his rescued puppies’ shit with him, and had to be moved to wing because of it, Bruins fans couldn’t help but wonder how much they were paying this guy. And it’s only gotten worse with just five goals in 45 games this year.

Now everyone thinks David Backes is a waste of space. Everyone thinks he’s a jackass. But we knew. We knew before it was cool. We knew Backes to be the perfect embodiment of why the Blues never went anywhere, too focused on the wrong things and not fast enough. We knew Backes to be so desperate for Pierre McGuire’s cartoon hearts from yapping that he turned Bryan Bickell, who was outscoring him at the time anyway, into a one-man symphony for a game in 2013. We know that Backes only ever won three playoff series in his time in St. Louis, and he had all of 12 goals in 49 playoff games there.

We knew. Now everyone does. It’s not as fun when it’s not your secret, is it?