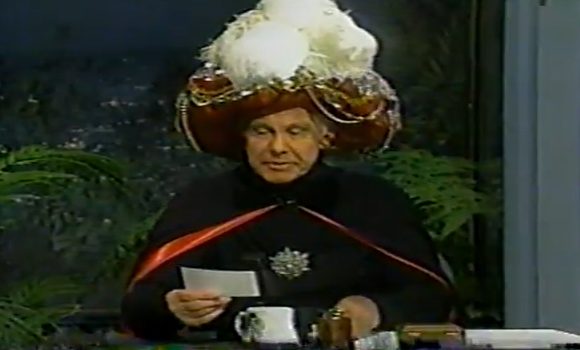 We used to do this every year, so we’ll get back to it. Your FFUD Hawks staff predicts what will happen in the upcoming season.

Big One First – Predicted Points and standings for the Hawks

How many games will each goalie play and how good will they be?

Hess:Crow: 20, will be good but not great (.912), and deal with minor injuries early. He gets traded at the deadline, sadly
Robin: 45. He’ll be slightly better than Crow (.918) and get’s extended
Delia plays 17 while Crow’s hurt  and then backs up after Crow is traded. Plays well enough (.906) for Hawks to keep him as the backup moving forward
Rankin: Crawford: 35, will be good but not great and will struggle with brown brain at one point
Lehner: 40, will be good but terrifying at times, .912
Delia: 7, backs up Lehner when Crow is out, mediocre
Feather: 47 and 35 but don’t make me say which will have more. I’m having nostalgic feelings to 2008-09 when Huet and Khabibulin were going every other start.
Fels: Crow 43 (.918), Lehner 30 (.910), Delia 9 (.908)
Will the power play be over 20% for the year?
McClure: Just under at 19.6%
Pullega: No. 17% tops. Gus is going to bask in his own farts from last year and crater any trade value he had.
Hess: I’m calling this a push, they’ll finish +/- 1% of 20%
Rankin: Just barely, 20.5
Feather: Yes (Hawk voice) Let’s say 23%
Fels: Nope, 18%
How many games will Boqvist play?
McClure: 26
Pullega: 9
Hess: 30
Rankin: 15ish
Feather: 33 – I’m foreseeing a late to mid-season call up when the Hawks can’t pretend he’s not their 1st or 2nd best defensemen anymore.
Fels: 37. Called up somewhere among the holidays when the Hawks realize they have no choice, but there will also be some inexplicable healthy scratches in there
How many games will Dach play?
McClure: 7
Pullega: 9
Hess: 9
Rankin: 9
Feather: in the NHL- Head too dingy
Fels: 70 – he sticks but has injury issues at times and there will also be some inexplicable healthy scratches in there
How many games will Versteeg play?
McClure: 15
Pullega: 15, 14 of them will matter
Hess: too many
Rankin: 12, and it will be ridiculous
Feather: Too many and not far enough away
Fels: I refuse to answer this and it’s my damn question
Strome’s point-total:
McClure: 69 (nice)
Pullega: 60
Hess: 27 goals, 81 points. Let’s fuckin go
Rankin: 60, solid but not astronomical
Feather: 23 goals and 56 assists
Fels: 21 goals, 55 points
Toews’s goal and point-total:
McClure: 31-40-71
Pullega: 28-47-75
Hess: 29 goals, 79 points
Rose: 30 and 75
Feather: 38 goals and 80 points
Fels: 30 goals, 62 points
Biggest surprise:
McClure: Calvin de Haan will actually prove to be a metrically solid defenseman
Pullega: Kubalik. 40 points, 25 goals (5 PP)
Hess: The Hawks trade Brandon Saad to Edmonton at the trade deadline
Rankin: Andrew Shaw is useless in the top 6 and takes absurd numbers of penalties. This will not come as a surprise to me but to his many fans, it will.
Feather: Alex Nylander – because reasons, buddy.
Fels: That Dach sticks as Hawks realize they only have about three seasons to work with.
Biggest disappointment:
McClure: Robin Lehner will not seize the position from Crawford, leaving the Hawks with two huge question marks in net at the end of the season
Pullega: I’d say Nylander, but that would imply expectations. Let’s go with Gus. 35 points.
Hess: That Pullega called Tampa “Ning.” Also that the Hawks have a lot of high scoring forwards and solid goaltending but still miss the playoffs because of the blue line being so bad
Rankin: Colliton’s adherence to a hybrid man-to-man system that doesn’t work with this lineup.
Feather: There are no disappointments in a 102 point campaign – only slight annoyances. I’ll go with Brent Seabrook and somehow still strong-arming his way on this roster when he may not be the 8th best d-men in the organ-I-zation.
Fels: Hawks trade Connor Murphy because everyone else is unwanted by every other team.
Western Champ:
McClure: Colorado
Pullega: Sharks
Hess: Colorado
Rankin: Colorado
Feather: HAWKS, my FRENT
Fels: San Jose (except I really think it’s going to be the team down I-55 but I can’t say it)
Eastern Champ:
McClure: Tampa
Pullega: Ning
Hess: Toronna
Rankin: Boston
Feather: Pittsburgh
Fels: Tampa
Cup champ:
McClure: Tampa
Pullega: Tampa
Hess: Toronto
Rankin: Boston
Feather: Pittsburgh
Fels: Tampa