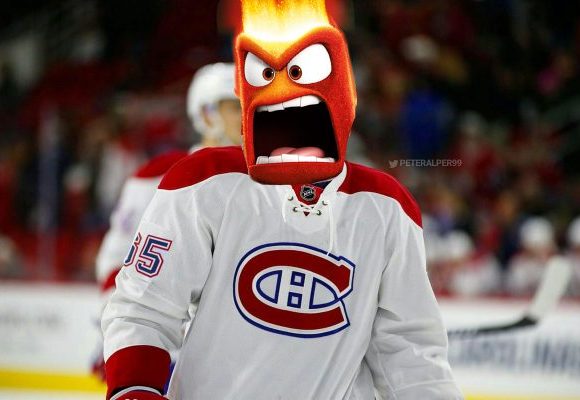 Well, The Construction Workers Will Stop Yelling At McDonough Now

I know what you’re thinking, and you’re not exactly wrong. You’re just not totally right, either. At least there’s a good chance you’re not entirely right.

Yes, the Hawks pro scouting sucks. And this is why they keep going back to the well of, “Well, he was good here before!” And it’s never worked. Versteeg was terrible. Oduya was past it. Sharp was too. Campbell was barely ok in his one year return. Andrew Ladd did nothing. But don’t think the Hawks don’t like the idea of the name recognition in their still somewhat nascent and parochial fanbase.

So I can’t tell you with any sort of confidence that the Hawks have done the hockey background on their trade or Andrew Shaw this afternoon. If it got beyond, “He was good here before let’s try again!” it would be an upset. Did the Hawks give up nothing? Well, a 2nd rounder isn’t nothing, and it’s one of the second round picks they got back for Shaw in the first place. Adding a third the next year seem a little steep, but hardly a crime.

And Shaw isn’t past it as the others were. He put up 19 goals in just 63 games last season, and 47 points. He’s not slow, though he’s not as quick as he used to be. He’s still a decent forechecker, and those hands around the net haven’t gone anywhere.

But there are concerns. One Shaw hasn’t been able to stay in one piece since leaving. After being a symbol of durability during his stay here, Shaw has missed 14, 31, and 19 games the past three seasons. He’s a couple surgeries in, which isn’t going to help the mobility much.

Secondly, if the Hawks think this is going to solve their top-six hole, they’re mistaken. It’s not what Shaw is, it’s never what Shaw was. He’s a third-line player who gives you scoring from beneath. Playing him with Toews or Strome isn’t going to do much, because he’s not the puck-winner he used to be (though the metrics are still strong). Still, Shaw spent most of last season with Max Domi and Jonathan Drouin, so he can still play with skill. He won’t kill you up there, the disappointment is you could have done better.

His contract isn’t a total millstone, though it is somewhat curious that the Hawks got it right the first time with Shaw, in that he was a nice player to have but the exact type of player you cash in on when they become expensive and replace from within, and now the Hawks have gone out and got him again when he is expensive and older. Their bet with Ryan Hartman didn’t work, or they said it didn’t, and now there hasn’t been anyone else. If only John Hayden was the player every writer and broadcaster seems to think he is but isn’t. $3.9M for three years is what Shaw costs, which takes him to 30.

This is probably a sign that the Hawks don’t plan to do much tomorrow, as the prices have gotten too rich for their blood. Jay Zawaski (friend of the program) has said as much. That’s not total idiocy, as $8M for Anders Lee or slightly less for Joe Pavelski could be problematic. This is also a huge bet on Alex DeBrincat and especially Dylan Strome, who have been the center of the Hawks’ comments and thoughts all summer. Their extensions clearly have them terrified, and the Hawks are going to look pretty damn stupid if Strome backs up the same way that Schmaltz did in his free agent year that got him punted to the desert.

Again, in a purely hockey sense, the move works. What doesn’t work is that no one is going to believe they’ve done their due diligence on this, merely once against attempting to get the band back together. And even if this one works, and it easily could, it leaves you no faith that this front office has the slightest clue on how to get this team from Point A to Point B.