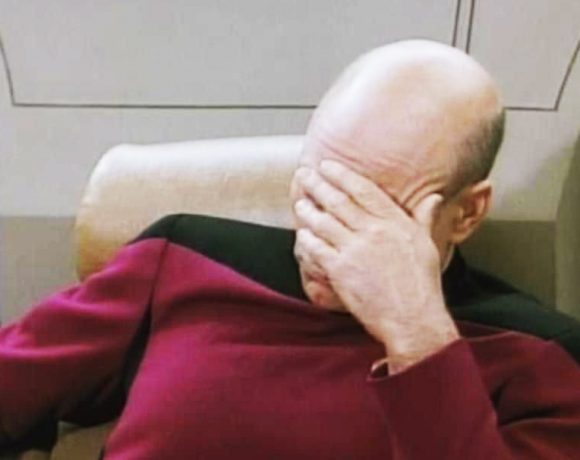 Who possibly could’ve seen this coming?

In back to back off-seasons, the White Sox had multiple chances to bolster their outfield depth with quality options. To the surprise of absolutely nobody, they instead decided to keep the purse strings closed and settled for the decaying shell of Adam Eaton. Today, that cheapfuckery bit them straight in the taint.

In an absolutely meaningless spring training game a week before the season started, Eloy Jimenez attempted to “rob” a home run that was 20 feet past the wall. He got his armpit hung up on the top of the fence, and the entire weight of his beautiful frame yanked down on the joint, rupturing his pectoral tendon and putting him on the shelf for 5 to 6 months at a minimum. This comes after Adam Engel tweaked his hamstring two days earlier, putting him on the shelf for a few weeks as well.

Not good. Eloy exits the game after trying to rob a home run. pic.twitter.com/7rQ0BDbwy7

Just like that, whatever Rick Hahn and Jerry Reinsdorf wanted to consider “depth” in the outfield went up in smoke. Now they’re left to patch together a functioning outfield with a week to go before the season begins, which sucks. What sucks harder is this didn’t have to be this way, yet the Sox refuse to get out of their own way when it comes to spending money. Even their lone decent free agent signing this year, Liam Hendriks, had his contract structured like a fucking payday loan to make sure Jerry wasn’t paying out too much at any given time. So now the Sox are left with few options, none of which are any good.

So where do they go from here?

I went with ZiPS here, because they were much more bullish on his projected stats than some of the others. Leury’s reputation as the Swiss Army Knife of the White Sox defense pretty much moves him to the top of the list as most realistic internal replacements for Rick Hahn. He’s a quality switch hitter with a decent arm and a career -5 DRS to his name when he’s playing in the outfield. Not bad, right? The bad thing is that he has trouble staying on the field as well, missing half the (admittedly shortened) season last year when he fucked up his hand. in 2019 he played 140 games, by far and away the most in his career with the previous watermark being 87.

With Rick Hahn already stating that Vaughn will be playing in LF for the remainder of the spring training games, we’ve reached the point where the Sox are asking a kid who has never played above Single A ball to now start in the majors and move to a position he’s never played before. If he’s even remotely successful after all of this, he better be winning the fucking Rookie of the Year award. After that, he can tell Rick Hahn to shove his extension up his ass because nobody in their right mind would piss away their arbitration years at a discount after bailing out this cheap ass team.

This option may or may not be available when the calendar flips to May, so take this with a mound of salt. Personally, I think ZiPS is a little on the low side for Engel here, but him playing everyday against righties instead of platooning with Eaton could end up bringing these projections a little closer to reality. Engel is at least a plus defender in the field, so that would help Luis Robert not turn into a pile of ash by August.

LOL NOPE. If Hamilton is starting more than 2 times a month for this team, the Sox are in bigger trouble than we ever knew.

Probably the most realistic remaining free agent on the market, Reddick saw his tenure with the Astros come to an end this past off-season. A career .263 hitter, Reddick would be another left handed bat in the lineup. With better splits against LHP than Eaton, he wouldn’t hurt the team at the plate either. He’s only 3 years removed from his 127 wRC+ (though how much of that was trash can based we can only guess), and plays slightly below average defense in the OF. At this point, he wouldn’t cost much and probably wouldn’t kill himself out there either.

Cespedes will probably be the most talked about potential add for the Sox, mostly because they just inked his step-brother to a minor league contract during this past international signing period. Cespedes hasn’t played anything resembling a full season since 2016, and hasn’t taken the field since the first week of July last year as he opted out of the COVID schedule. The power is enticing, as is the arm, but he’s basically what Eloy will turn into in 10 years so this is a giant risk.

This one is a long shot, but if the Sox wanted to swing a trade that wouldn’t just be papering over the issue for a single season, Haniger would be the guy I’d look at. Granted, so much of this is based on Seattle’s willingness to part with him (and if he’s recovered from his exploding testicle) but there isn’t much I wouldn’t be willing to part with outside of Andrew Vaughn. Would they bite on a package of Garrett Crochet or Michael Kopech? You’d think they’d at least have to consider it. Haniger is only 30, so you’d still have good years left in him. Unfortunately when you cheap out like the Sox did, you have to give up something else down the road, and Kopech or Crochet could be that price. Guess we’ll see. 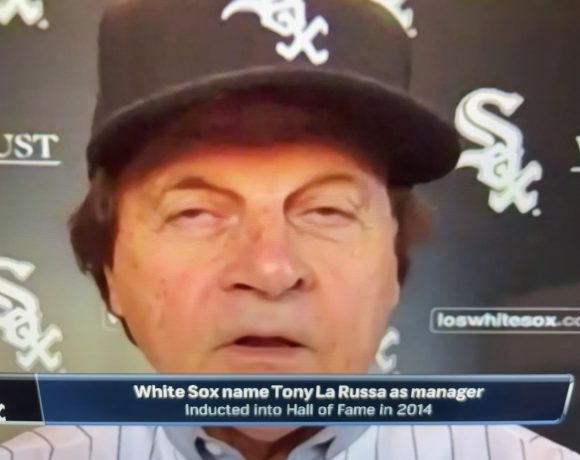 Totally unwilling to cede the Stupidity Spotlight completely to Stan Bowman and the Blackhawks, Jerry Reinsdorf and the White Sox officially announced the signing of octogenarian and professional old crank Tony LaRussa to be the new manager. LaRussa, who last managed during Obama’s first term in office, becomes the 41st in franchise history.

I have no Hot Take here. You’ve all probably read on twitter the myriad of issues and baggage that comes with hiring TLR, most of which can be summed up by the fact that the average age of the players on the roster he’s taking over is 55 years less than what he’s currently rocking. The game of baseball passed him by 10 years ago, and the White Sox were bidding against themselves for his services.

I had hoped this team’s penchant for shooting itself in the dick had moved on. That we’d firmly put the “Spawn Of Adam LaRoche Ruins Season By Pooping In Locker Room” days behind us. Yet here we are in 2020, signing a manager who’s biggest contribution to the sport of baseball in the last decade was him actually leaving the sport of baseball and retiring.

The Sox now take one of the youngest and most fun clubhouses in MLB and insert the baseball equivalent of David Spade’s character in PCU as it’s leader. I honestly am out of superlatives for how stupid this hire is, so I’ll let some of baseball’s finest chime in:

The hiring of Tony La Russa has ruffled feathers in the White Sox organization. A number of employees have concerns about his ability to connect with younger players and how he will adapt to the field after being away 9 years.

This was a Jerry Reinsdorf decision. Simple as that.

The White Sox are young, fun as hell, and predominantly Latinx. So who do they get to manage the team? Naturally, a 76 year-old white guy who hasn't coached in a decade, supports the Tea Party and Glenn Beck, and was arrested for being drunk and asleep at the wheel of his SUV.

Series Recap: Sox Lose 2 of 3 to Cubs – Right In The Dick

Look, I don’t wanna talk about this series any more than you wanna read about it. I’d rather just be pissed off about it the rest of the night, then come back tomorrow and discuss how the Sox may have actually fallen ass backwards into a good matchup against the A’s. See you tomorrow.