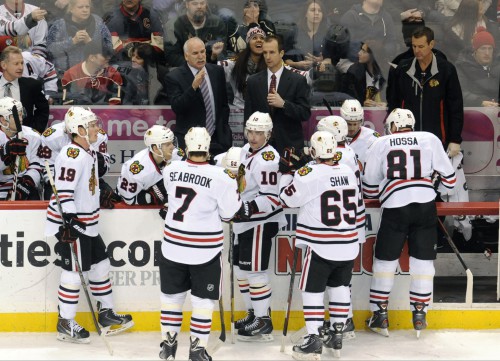 Well we have our first official blip of the season. Actually the whole month has been something of a blip. But this three game losing streak is clearly the nadir. While the Hawks lost some games earlier in the month due to luck or sterling goalie performances, these past three have certainly been “meh” performances. While the Hawks dominated possession for the first 40 last night, it’s not like Al Montoya had to perform cartwheels to keep the Hawks at bay.

So the question now is whether the Hawks are just bored, or the toll taken from playing until almost July is now coming due. The disheartening thing is that we really won’t have an answer until April.