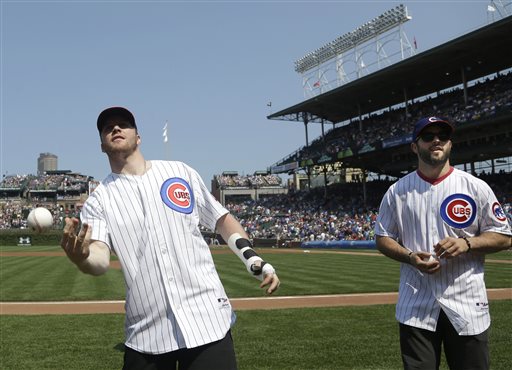 Something In The Way – C.I.’s Season Preview: Bryan Bickell

Did you forget he was on the team? I kind of forgot he was on the team. We’ve all assumed he’d be traded for so long, and the Hawks clearly have tried to trade him hard, that now that we’re here you kind of just assumed it already happened. But it hasn’t, he’s still here, and one has to assume if he’s here by now he’s probably not going anywhere. Bickell has become one of the least liked Hawks, and it’s basically because he signed a contract he was offered (whether Stan Bowman was actually the one offer him that contract has been up for debate, but it doesn’t matter now). Bickell’s been just about what he’s always been, except now he’s got even balkier knees and a brain that might slowly be turning into oatmeal.

So what’s in store of Bicks?