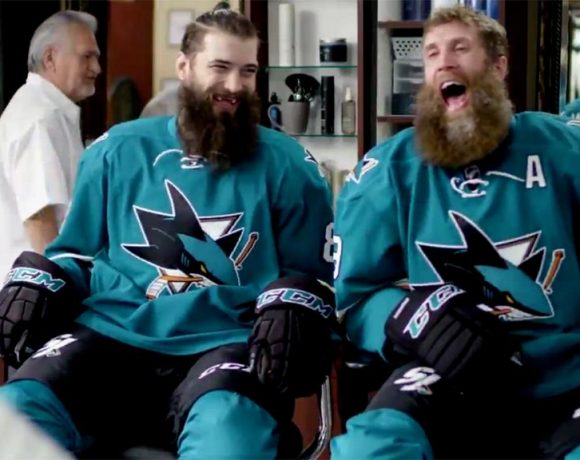 At this point, we’re pretty sure Doug Wilson is just trolling the world, and when he gets to about the fourth or fifth round in the draft he just takes the dumbest name possible. Any kid who’s come through the Sharks system has had a dumbass name for what feels like 10 years.

Check out the current roster: Melker? Brenden with an e? Joonas? Barclay Fucking Goodrow? Where do you find these people? They even have a Timo, and we all know the only Timo allowed is Timo Perez and that’s only so Hawk Harrelson can yell at him. C’mon Timo!

This is long-standing tradition in the Bay Area, and maybe that’s why it’s happened. There are plenty of annoying people there with annoying fucking names and maybe the Sharks are just trying to appeal to their base. Mirco Mueller? Eriah Hayes? Hell, even Tommy Wingels needs the prologue of “it’s a name not a condition.”

We also have their dumb-shit beards with Thornton and Burns, and we can only hope they get tangled in each other in a playoff game. It’s like the Sharks are trying way too hard to convince you they’re weird and cool. Which is pretty much the whole area around them as well.

On second thought, just blow up the Bay Area. Wait, all we have to do is be patient and it’ll just go away, right? Yeah, ok.