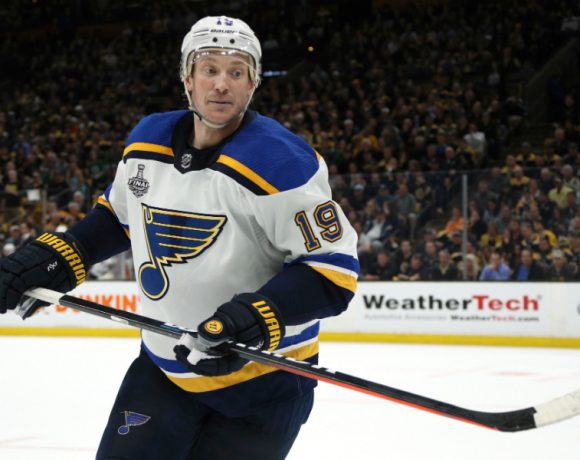 What’s So Scary About Jay Bouwmeester

This post will pretty much mirror one I wrote years ago on my defunct Liverpool site on SB Nation, now lost to the annals thanks to SB Nation asking me to do a Liverpool blog after they’d already hired The Offside to be their Liverpool blog and leaving me firmly in the lurch…but that’s not why you called. Anyway, then I wrote most of what will follow after Fabrice Muamba collapsed on the field at White Hart Lane, though like Jay Bouwmeester, he eventually was ok. But he was very close to very much not being so.

I always struggle with sports as “escape.” I mean, they are, but we’re never totally disconnected from everything else. Sports play a big role in society, and I quarrel with anyone who tries to ignore that. That’s becoming a bigger and bigger aspect of it these days. Still, there are always times when we watch or attend sporting events simply to enjoy ourselves, to enter this sort of alternate reality where our emotions are tied into something we have no control over. Every one of us has used a trip to Wrigley, or The Rate, or the UC as an excuse to forget our problems and just enjoy the day. It’s not always that, and maybe not even often anymore, but it is that at times. And when it’s not fully that, it’s still an element.

Whatever you or I use sports for, it is not to witness death. We are not the Romans. People may say that those who watch racing watch to see accidents and eventually someone die, but there is something of a separation from it with them inside a car. No one knew at the moment that Dale Earnhardt had died. Or Ayrton Senna. It wasn’t on our cameras. And that’s probably a separate discussion. MMA or boxing an enter the discussion too here I suppose, but I’ve never come across anyone who genuinely watches either in the hopes someone dies. If there are we need to find those people and weed them out. Everyone accepts it could happen, but no one reasonable wants that.

Because if you’ve seen someone die, in whatever forum and whatever relationship to you, you know it’s not something you’d ever want to repeat if you don’t have to. It never leaves you. You carry it forever. If it does, maybe I envy you or maybe I fear you, or maybe both. It’s certainly not something we want out of an experience that is meant to be enjoyed.

But it’s more than that. As loathe as I am to quote or reference Heath Ledger’s Joker, he had a point. It’s not part of the plan.

One of the reasons people watch sports is to watch people do things that almost all of us can’t. In hockey, a lot of hockey fans still play hockey, or played a lot of it at a younger age. And almost none of them can dance through three guys at high speed and go top cheese when reaching the goalie (though most around here will tell you they did just that on Al Montoya at some local rink). I still play soccer and tennis, and I can’t kill a ball out of the air dead and then rifle it in the top corner (I can barely keep from falling over when even trying the first part). I can’t rip a forehand on the run through a foot-and-a-half window down the line at 90 MPH (same as before). I enjoy watching the pros because they can do that, and I have a semblance of a feeling of just how hard that is and even more so how easy they make it look. And they do it against others who can do the same. And even better than that is when they do things that I can’t even fathom being able to do.

These guys, and gals, are the top of the top. They’re in a condition none of us could ever reach. As much fun as we’ve made of him over the years, Jay Bouwmeester is among the top 1% of athletes in the world. Actually, he’s in the top 0.01%. He plays hockey at the top level possible, has for over a decade, which means his conditioning, his reflexes, his reaction time, his instincts, are almost immeasurable. They’re certainly not anything most of us could even dream of having even for a day. It’s the rarest of combinations.

Guys like that aren’t supposed to just drop dead in front of us in the peak of their lives, which he nearly did. It doesn’t add up to what we’ve come here for.

It’s hard to think of a more stark reminder of just how fragile and how nonsensical it all is. If that can happen, or almost happen as it was, to Bouwmeester, there’s no protection for the rest of us. And for most of our lives, most of us shut that out most of the time. You have to, otherwise how the fuck would you ever leave the house? Deep down, you know when your number is up it’s up, and some physical condition that you didn’t know about and couldn’t be easily detected or a truck having its brakes shear or whatever it is can pop up any moment. Quite frankly, I don’t know how those of you who have kids do it, because not only do you have yourself to navigate through all that and cognitive dissonance that takes but then adding others’ you’re responsible for on top of that seems utter torture to me.

I feel like that’s why when these things happen, even though Bouwmeester looks like he’ll be ok and Rich Peverly was ok and so was Jiri Fischer (though there are others who weren’t in other sports), games get postponed. Everything is broken at that point.There is no curtain. I mean, seeing Alex Smith’s leg injury wasn’t that much less disturbing, and many others like it, but that’s part of the game. We and he signed on for that, basically. Seeing Martin Havlat’s eyes roll in the back of his head in 2009 thanks to Niklas Kronwall was pretty damn scary. Ditto Marian Hossa three years later. We knew at the time their lives could be very different after that, though thankfully it doesn’t appear that it was for those two. But, in a sick sense, that’s part of the game. We let in that doubt and fear somewhat when those happened, but it doesn’t take over.

It does when something like what happened to Bouwmeester happens. There’s no “part of the game” to hide behind or use as protection to keep our experience together, and separate from the rest of life.

Maybe this will all break down one day when a player isn’t ok, especially in hockey or in the NFL when someone could not get up forever from something that just happens in game. But for now, we can keep up the facade.