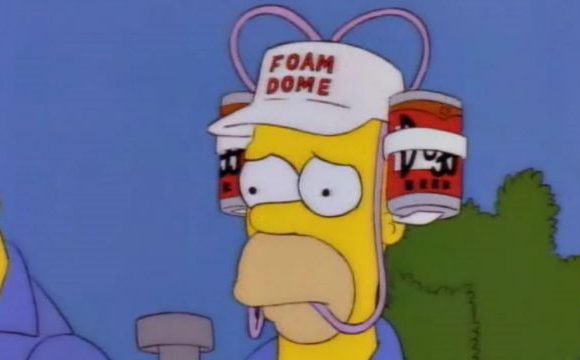 It’s not too often in a 3 game series where a team is able to pot 18 runs and yet still lose 2 of the 3 games, but the Sox pitching staff found a way this holiday weekend. Both Dallas Keuchel and Lucas Giolito had rough outings, which were just bad enough to be too much for the offense to overcome. Even Lance Lynn, who got the lone win for the weekend, needed almost 120 pitches to get through 6 innings.

This continues a disturbing trend for the White Sox starters the last couple of weeks where they’ve labored through the 5 to 6 innings they’ve been tasked with finishing, usually throwing an excess of 100 pitches to get there. While the temperature has skyrocketed in that timeframe, I’m concerned that’s not the only reason the difficulties are rearing their heads.

-While the final score makes it look like the Sox pummeled the Tigers into submission, the reality is that the game was much closer until they dropped 5 runs on the head of Bryan Garcia in the top of the 9th inning. After jumping on prized rookie starter Casey Mize in the 1st inning, it seemed that the Sox were indeed going to nuke the Tigers from orbit, but the bats went silent after that 1st inning and Mize escaped with just the 2 earned runs.

-Gavin Sheets was part of that barrage in the top of the 9th when he smoked a 3 run dinger off Buck Farmer on a nipples high fastball. It was an impressive show of power for a kid in his 5th career MLB start. Here’s hoping his splits improve against left handed pitching, because if he can show that right field will be his standard spot on the diamond, the Sox may have found something here.

-Andrew Vaughn has officially heated up. His difficulties hitting right handed pitching have melted away in the hot summer sun, as he’s slashed .317/.348/.933 since the middle of June. In addition to the hitting, he’s actually turned into a solid defender in left field as he made a great diving stop on Friday night to get Lance Lynn out of a jam he worked himself into:

It's a bird!
It's a plane!
It's… Andrew Vaughn! pic.twitter.com/Hkj0U3Knp7

-Lance Lynn needed 120 pitches to get through 6 innings on a hot summer night, but he was able to get the job done. Were he pitching against a team other than the Tigers this start probably would’ve ended differently, but here we are and we’ll take it.

-Jake Burger had two hits in his first ever major league game, and it was simply awesome to see him out there after what he went through the past 3 years. He had a great postgame interview with Jason Benetti, and it sure did get dusty in my living room all of a sudden watching it. Good for him.

-Dallas Keuchel looked more like 2019 Dylan Cease in this start, throwing way too many pitches and walking waaaaay too many people. After the game he didn’t exactly help his cause by complaining about how the outfield defense is positioned too deep to take care of bloops and liners. Was he hurt by Billy Hamilton’s poorly timed dive that lead to an inside the park home run? Yep. Was his start ultimately undone by defensive positioning in the OF? Nope. It was undone by shitty pitching. Deal with it and move on.

-The strike zone by home plate umpire Tom Hallion was absolutely atrocious in this game, directly leading to 2 additional runs being walked in by Ryan Burr, who was nails in his relief appearance. This ultimately led to pitching coach Ethan Katz being ejected in the 5th by Hallion, when he murmured something derogatory in his direction. How Hallion heard him is a mystery to me, as Katz is so mild mannered it would be difficult to hear him in an empty library. Grandpa Tony shuffled out to defend the honor of his coach by saying a few words to Hallion, then creakily huffing back to the dugout to resume his nap.

-Some of this was directly related to just how bad Zack Collins is at framing pitches. On the first strikeout for Burr that was called a walk, the 4-seam fastball was in the zone but after Collins caught it his mitt carried it outside. There were a few instances where Keuchel had low strikes called balls because Zack couldn’t bring it up in a timely manner. Pitch framing is an art, and Collins can definitely get better at it. Hopefully sooner rather than later.

-Jace Fry came back up from Charlotte to get shellacked by the Tigers in his 1.1 innings of work. I’m guessing he was probably on Travelocity in the locker room booking his flight back down after the game.

-Tim Anderson and Jose Abreu combined for 4 hits total, and both look like they’re starting to get back into a groove. The Sox are going to need it, since Yasmani Grandal left the game early with a tight calf muscle.

-The spin rate on Lucas Giolito’s fastball was down some 200 RPMs yet again, causing it to be very hittable in the main part of the strike zone. Conversely the spin rate on his changeup went up, making THAT pitch more hittable as well. I think it’s pretty safe to say that Lucas was using some combination of substance on his pitches, and is now going to have an adjustment period where he’s forced to rely more on the location of his fastball and change as opposed to the movement of it. He’s talented enough to make it work, but this might not be the last clunker before he figures it out.

-Jose Abreu did everything in his power to try and drag the Sox back into the game, absolutely crushing an 88 mph slider that Gregory Soto left over the middle of the plate. It ultimately didn’t mean much to the game with the Sox falling short, but seeing Jose read the slider and not only make solid contact, but nuke it, is a very good sign going forward.

-Andrew Vaughn came to the plate with the tying run on 1st and absolutely smoked a first pitch fastball opposite field, but unfortunately right at Robbie Grossman to end the game.

-Codi Heuer has now gone his last 7 appearances with only giving up 1 run, while striking out 8. His feel for his changeup has clearly come back, as that pitch has had the bottom dropping out of it more than it had in the first month of the season. This is a great thing, because with Bummer and Marshall out for the foreseeable future, he may be the bridge to Hendriks in the 9th.

-Danny Mendick pinch hit for Gavin Sheets in the 9th with 1 on and nobody out. I get the splits for Soto are favorable for the Sox going lefty/righty, but I really wanted to see how the kid handled the at bat in a high pressure situation.

Ultimately, losing 2 of 3 to the Tigers didn’t hurt the Sox at all, since Cleveland got swept by Houston over the weekend. The Sox are in “stay afloat” mode until reinforcements can be brought in the form of Eloy and Luis Robert returning from the IL, or outside the organization via trade. The way it stands now, the Sox need at least a reliever or two, and a second baseman. While the article on MLB Trade Rumors saying the Sox were interested in Trevor Story was nice to see, it’s also kind of common sense. The Sox absolutely SHOULD be interested in Story, but being interested in him and actually pulling the trigger on a deal are two totally different things all together. I wouldn’t get my hopes up, personally. The splash trade at the deadline is so far away from Rick Hahn’s MO that it’s almost out of the realm of possibility.

Let’s just concentrate on beating the shit out of Donaldson and the Twins this week. That’s obviously assuming that he can stay healthy enough for a week straight to make it on the field.