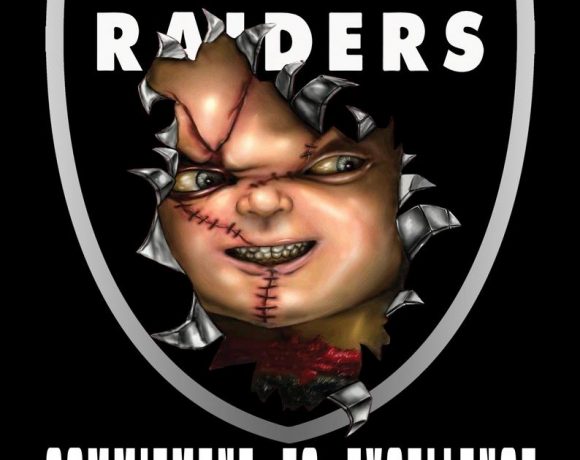 What if maybe, just maybe, this Bears team isn’t as good as we thought? Sunday evening in London provided the Bears an opportunity to show the world that they are indeed the Super Bowl contenders that they think they are. Then, unfortunately, the game began and the oft- celebrated Bears team was punched square in the dick. Time, after time, after time. To see an opponent physically dominate the Bears on defense AND offense was a surprising as it was disappointing.

But why were they dominated? The answer is because the more I see this offense, the more I believe that Matt Nagy has been figured out. We’ve blamed Jordan Howard. We’ve blamed Mitch Trubisky. We’ve blamed the O-Line. But really, the blame needs to fall on the shoulders of the guy who is calling the plays. I get it – Nagy is cool. His players like him. He’s great with the media. That’s all great, but it doesn’t mean dick when you can’t score points with any sort of consistency. This loss and this unspectacular season are on Matt Nagy.
Should we really blame Nagy for a team that came out flat, and stayed flat? Probably not, but if you are looking for excuses, you can blame the overseas travel, the late week arrival in London, and of course, a plethora of injuries to key players. However, any or all these excuses should not have resulted in the type of ass kicking that Raiders orchestrated. Don’t kid yourself, the Raiders were the better team today and if not for some hideous turnovers by Derek Carr, the Bears very well could have been shut out.

Where did it all go wrong? It started early folks. The entire first half had the look of the Raiders playing the role of the Chicago Bears. They pressured Chase Daniel on almost every drop back and parlayed that with an epic run defense that held the Bears to a grand total of 16 rushing yards. The 17-0 first half whitewash could and should have been even worse had Richie Cognito, who is a certifiable crazy person, not committed a questionable personal foul penalty that forced the Raiders out of field goal position. The 1st half numbers tell you all you need to know about how this team started:
Points 0
1st Downs 2
Total Yards 44
Passing Yards 28
Times Sacked 3
Turnovers 1
Rushing Yards 16
Penalties 3
Time of Poss. 10:07

The 2nd half afforded the Bears the opportunity to cash in on some nonsensical Derek Carr decisions, but this was a game in which you were never comfortable with the way things were going. Chase Daniel looked like a backup quarterback most of the day, which is troubling since Mitch Trubisky is essentially a glorified backup at this point. Daniel finished 22-30 for 231 and 2/2. On the surface, this isn’t the worst of days. However, both INT’s came at the most inopportune of times and he also had a terribly thrown ball picked off which was negated by a penalty. One positive we can take from Daniel’s performance is that there will not be any talk of a QB controversy this week; so, we have that going for us…which…is nice.

Still, with all the shit we saw from the Bears, this team was still in position to win the game. Late in the 4th quarter, The Raiders would have to go 97 yards to score a touchdown and win. 97 yards against the leagues best defense? Not happening right? Well, you know what happened. The Bears forced a punt, but where called for running into the punter. Then they give up a fake punt for a 1st down. Then Derek Carr put on his big boy pants, made some great throws, spread the ball around to 5 different receivers, and delivered the most impressive drive a Bears opponent has had all season. Touchdown Raiders. Game. Over.

Where does this leave us heading into the Saints game in 2 weeks? Well, we are looking at a Bears team who is lucky to be 3-2 and very likely could or should be 1-4. It would be a damn shame to waste this generationally talented Bears defense on a team that can’t score points with any consistency. I am afraid that is what we are going to continue to see from this team moving forward this season.