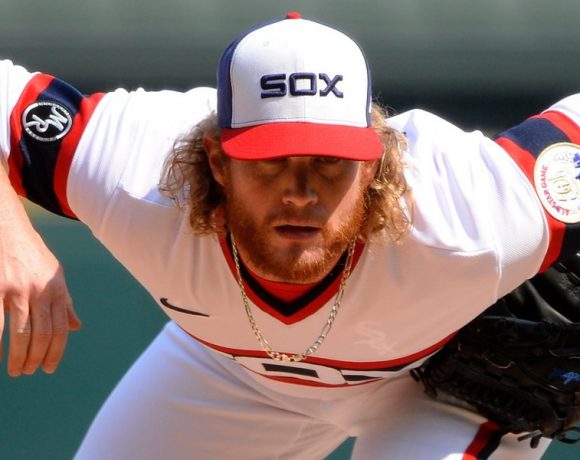 As the Sox continue their inevitable slide towards the postseason, the consternation and fears of a fanbase that has watched a lifeless team slog it’s way through the 2nd half of the season has reached a crescendo. Game one of this series saw the Sox jump out to a 3-0 lead, then promptly ball their hands up into a fist and punch themselves collectively in the dick with some terrible-ass fielding and less than stellar relieving from Kimbrel. Game 2 had the Sox strand 17 runners on the diamond, and Jace Fry doing Jace Fry things.

In reality, this series is basically the Sox 2nd half in a nutshell. Ample opportunities to break the game open but runners stranded on base due to a lack of timely hitting. Starting pitching that was unable to make it past the 5th inning, putting undue strain on a pretty taxed bullpen. Defense that is eye-bleedingly bad, putting more on the shoulders of said pitching staff. TLR playing get away lineups every day. It just hasn’t been great.

Despite the above, the Sox are all but guaranteed to be in the postseason thanks to the complete disinterest of the Cleveland Guardians during the same time frame. This lack of urgency to be competitive in these games is understandable, simply due to the avalanche of injuries that have come the Sox way that were the result of hustling down the line or in the outfield. Maintenence has become the most important thing for Tony LaRussa, and understandably so. With only 12 games remaining however, it might be time for him to roll with the big guns the rest of the way to remind everyone how things were done on the South Side in the first half of the year.

-The biggest concern out of this game is the health of Carlos Rodon. From the 2nd inning onward, it was pretty apparent that there was something going on with his arm, as he was topping out at 92-93 MPH on his 4-seamer, and by the 3rd inning he couldn’t break 90. TLR said after the game that there was concern about his shoulder and it was unlikely he would pitch again before the last series of the season. Yikes.

-This was not a great night for trade deadline acquisitions. Caesar Hernandez forgot how tagging runners with the ball works in the bottom of the 3rd inning, allowing the Tigers to tie the game. Then Craig Kimbrel (who was cruising up to this point) plunked Robbie Grossman on the shoe top in the 8th with the game tied. Grossman promptly stole 2nd, then scored as Kimbrel semi-hung a 2-2 knuckle curve to Harold Castro (who last took a walk during the Obama Administration) where he laced it into right field. Game over.

-The Sox had a chance to blow this open in the top of the 3rd, loading the bases with nobody out. They ended up getting 3 out of the inning, but only 1 of those was knocked in by an actual hit. The other two were an RBI ground out by Yoan (who deserves credit for blazing down the line and breaking up the DP), and a sac fly by Grandal. The woes of the offense leaving people stranded continue.

– The trio of Jose Ruiz, Garrett Crochet, and Ryan Burr deserve a lot of credit for keeping the Sox in the game after Rodon left after the 3rd inning. Only Ruiz allowed a baserunner, and the trio had 5 Ks between them. Good shit.

-Dallas Keuchel had his 2nd straight decent start, going 5 innings and allowing 2 runs. The 11 hits and 1 walk in those 5 innings is where potentially having to start him in the postseason becomes very itchy. Anyone with a 2+ WHIP shouldn’t be pitching in a playoff game, let alone starting one. If Rodon can’t answer the bell, the Sox should be going Lynn/Gio/Cease/and a Kopech and Lopez combo if the need arises.

-Eloy is scuffling right now in the worst way. He singlehandedly left 6 runners on base, and grounded into a double play with the bases loaded in the top of the 3rd, killing all the momentum dead. There’s still time for the Big Baby to turn it around, but it just doesn’t look like he’s having much fun right now.

-Timmy got his average back above .300 in the game with a pair of hits (one of which was of the extra base variety), and is starting to look like himself again (especially with sweet off balance throw home in the 6th to nab Victor Reyes after air mailing a throw earlier in the inning).

-Luis Robert and Yasmani Grandal might be the only Sox hitters approaching the peak of their powers right now, as they’re both clearly dialed in.

-Yeah, Jace Fry sucked. He’s not gonna be on the postseason roster, however. So I’m not too burned up about it.

-Liam Hendriks is a delight.

Also Hendriks rockin' out to Grossman's walk up music. pic.twitter.com/hl1ZFXNAWa

With the Magic Number currently sitting at 2 for the Sox, it’s only natural that their opponents this weekend will be the Cleveland Guardians. A chance for the Sox to clinch the division on the field at The Jake should be motivation enough for them to sweep the double header on Thursday and beer it up in front of the Cleveland faithful. LaRussa has yet to announce the pitching lineup for the weekend, but Lance Lynn would be going on normal rest Thursday with most likely an opener for game 2. Maybe Kopech? I’d love to see it.

The Sox need to get the clinching out of the way, so perhaps they can unclench and get back to playing fun (watchable) baseball. This team hasn’t been at “Full Strength” all season, and I really wanna see the offense turn into the Death Star we all know it can be. Take Cleveland out behind the barn, end their misery, then celebrate and forget about how shitty they’ve been playing. Relax and just have fun the rest of the way, and bring us all along for the ride.