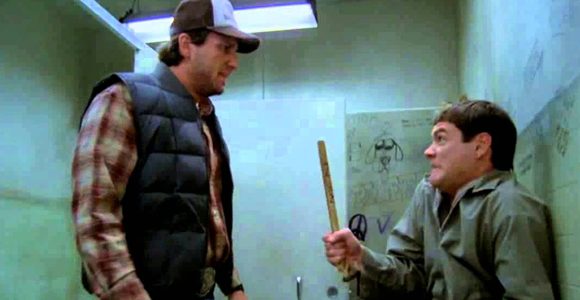 @DOYMarshall is part of a true collection of rabble at DaysOfYorr.com. But no, he’s not the one who got to make out with Blake Lively.

Let’s start with Patrice Bergeron. Before he got hurt, he was around a point-per-game, which he hadn’t been since 2007. What’s been the difference? Just the addition of Pastrnak? A loosening of his assignments? Something else?

Not to take anything away from the man himself, but a huge factor in Patrice Bergeron’s offensive resurgence of late has been a fundamental shift in the way this team plays hockey. When you have the world’s best defensive forward, of course you expect him to lock down your side of the ice at all times, particularly when the guys behind him couldn’t stop a heroin addict from stealing all the sugar packets from a Revere Dunkin’ Donuts. Bergeron’s deployment this year, however, is almost unrecognizable. Thanks in no small part to the dependability of the 3rd line of Riley Nash, Danton Heinen, and David Backes, Bergeron, a player with a career offensive zone start percentage of 47.6%, has started nearly 60% of his shifts this season in enemy territory. The decision to ease the defensive burden and recognize that a trio of Bergeron, Brad Marchand, and David Pastrnak should turn the inside of most defensemen’s underwear brown has paid off handsomely. Somehow, on the cusp of turning 33, not only is Bergeron shooting more, he’s also posting a career-best shooting percentage of 13.6. Most first-line forwards start to see their production drop off a cliff around age 28, but a revamped role has more than delayed that death spiral for the Bruins’ future captain.
Is Charlie McAvoy really so good that he’s been able to exhume the corpse of Zdeno Chara?
The list of defensemen that have failed to lighten Zdeno Chara’s load since his Norris Trophy season nearly a decade ago reads longer than a Tolkien novel. Each year as a Matt Hunwick or Joe Morrow or Ohmygodwhyisadammcquaidstillonthisteam faltered the preseason promise of cutting down Big Z’s minutes would fall by the wayside. With the notable exception of one massive fuck-up on the part of management, the problem has been with talent. That problem is gone with the addition of Charlie McAvoy. In his first season, he’s already in the upper echelon of puck possession (currently 5th in Corsi% among defensemen >1000 minutes played). He’s also tops in the league for goals for percentage at 5v5. He’s still early in his development and doesn’t see the kind of penalty kill time you want from a #1 defenseman but he has the potential to be for the Bruins what Duncan Keith has been for you guys.
There are other kids on this team like Jake DeBrusk and Danton Heinen. What should we watch for with them?
As a Bruins’ fan, it’s been amazing this year seeing a coach that understands that young players learn from *gasp* playing hockey instead of watching the likes of Gregory Campbell from the press box. Jake Debrusk and Danton Heinen have given the Bruins some depth scoring that they haven’t seen in a few years. They, along with Pastrnak, McAvoy and guys like Anders Bjork and Jakob Forsbacka Karlsson make up a young, homegrown core similar to the wave we saw ten years ago. As well-positioned as the Bruins are for a run right now, they have finally started planning for the future under Don Sweeney. That kind of foresight was sorely lacking under the Chiarelli-Julien regime.
We’ve had this debate for years in the lab. Is Brad Marchand really that good or is he a product of playing every single shift of his career (until recently) with Bergeron?
Brad Marchand is currently the best player on this team. Full stop. It’s undeniable that playing beside Patrice Bergeron molded him in his early career, but he has emerged out of that shadow over the last 3 seasons. He will lead the Bruins in scoring for the second straight season while continuing to be arguably the second best defensive forward in the league. Yes, he is garbage and we accept this. However, for the first time since the lockout-shortened season, he’s actually drawing more penalties than he’s committing. He’s riding an unbelievably hot streak right now, and with a strong end of season push he could be looking at a 40/50/90 season in just 69 nice games. Bottom line, Brad is elite as fuck.
Did you like the Rick Nash pick up?
Ok, so Rick Nash comes with a ton of baggage with “I don’t give a fuck” embroidered on it. Having said that, I like the trade for a number of reasons. First, he gives David Krejci the best pure scorer he’s had on his wing since Nathan Horton, giving the Bruins a legitimate 2nd line for the first time in years. It’s a signal from management that they believe in this team’s ability to make a deep run right now. Most importantly, Sweeney didn’t mortgage the future for a rental. Had he moved any of the aforementioned young players like Debrusk, who was rumored as a bargaining chip, I’d be a lot more sour on the move.
Is this team Cup-worthy?
Of course the caveat to the optimism surrounding Nash is that this team is still playing for a silver medal in the East. I think the deadline moves made the Bruins a better team, but I don’t know if they pushed them to the front of the race. Barring a major injury to Tampa’s murderers’ row, the Bolts should dance straight to the Cup Finals. On the other hand, there is a special feeling surrounding this Bruins team. Maybe it’s just the fact that they’re actually fun to watch again, but the Garden is buzzing. The tragedy of the current playoff format is that if Boston and Tampa meet up, it won’t be in the Eastern Conference Finals. Should the Bruins survive a matchup with Yzerman’s death squad, though, I would bet my children on the Bruins lifting the Cup.