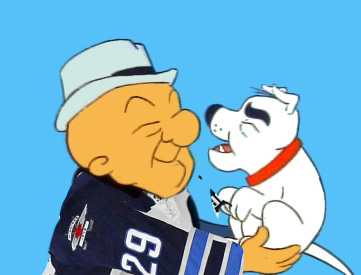 Game #79 – Jets vs. Hawks Douchebag Du Jour: Patrik Laine And His Banjo Unable To Hit A Bull In The Ass

Maybe they do it on purpose.

A couple months ago, we highlighted was an accurate shooter Patrik Laine had been in his career. While Alex Ovechkin achieved his generational scoring marks by sheer volume of shots, Laine was on the same track by burying an inordinate number of the chances he got. It was a marvel. We thought we had this one right.

Laine hasn’t been able to throw a grape in the ocean most of the year. In January, Laine shot 2.6%. In March he’s shot 3.4%. What’s more worrying for Jets fans is the lack of marksmanship from their Finnish troll is leading to him hiding. Laine isn’t even averaging two shots per game the past month, when he’s consistently been around three shots per game through the first two years of his career.

Perhaps the pressure of getting his first big contract has led him to freeze up. It wasn’t so long ago that Laine might have been looking at $10M+ even in just restricted free agency. Outside of that ridiculous, 18-goal November, he’s got 12 goals in four months. He’ll still get his money, it just won’t be as much as he thought.

But hey, he made us look stupid. Wasn’t that the overall goal anyway?