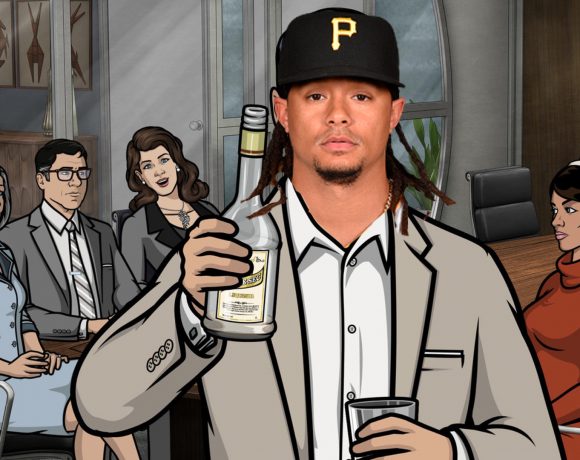 There are few, if any, organizations that are a prime example of how you can fuck up a great team and feel no pressure like the Pittsburgh Pirates. It’s been five seasons since they won 98 games and got Arrieta’d, and not a lot has gone right since. The past couple years have been particularly astounding, and sending Pirates fans on their way in droves. But what does it matter when Bob Nutting can still pocket revenue sharing and BAM tech money and make a huge profit?

The Pirates started last season by moving along team legend Andrew McCutchen because he was a year from free agency, and if that wasn’t bad enough (it was), they also shipped off ace Gerrit Cole because he was two years from the market. We could study how the Bucs mishandled Cole forever, trying to shoehorn him into their cutter-ground ball ways and then watching the Astros unleash a monster by letting him simply be him and chuck 97 MPH all the time.

The Pirates, in the midst of a surprise above .500 season, tried to make up for that by shipping out perennial disappointment Austin Meadows and seemingly perennially wayward Tyler Glasnow for Chris Archer. Let’s be fair to Archer, he was never as good as Cole and to expect him to be was silly. And it’s not Archer’s fault that Meadows has gone on to be a plus-plus outfielder in Tampa while Glasnow was one of the best starters in the AL before getting hurt. That’s on the Pirates. But Archer is going to be the target.

The warning signs were there on Archer before, of course. Even in his good days, 2014-2018, Archer was a two-pitch pitcher. He threw only a fastball and slider, though both being weapons were more than enough for then. But the thought was as soon as either slipped, he was going to have problems. And so it has proven.

Archer’s fastball has lost a full MPH on it this season, though you wouldn’t think averaging 94 MPH instead of 95 would be a major issue. But it has been. He’s seen a 100-point rise in slugging on his fastball, to .562 this year.

Velocity hasn’t been the problem for Archer’s slider, and he still gets over 40% whiffs on the swings on it which is very good. But it has lost some of its tilt, and has more of a sweeping action these days than it did. Which means it’s been a little easier to get in the air, and Archer has seen that increase too. And these days, if you’re giving up more fly balls, you’re asking for trouble. You’re asking for death.

Archer’s home runs per nine innings have nearly doubled this season, though it’s hardly his fault that pitchers are using Titleists out there this season. Archer’s fly ball rate is the highest of his career, which normally wouldn’t be a big problem in PNC Park, but his home run per fly ball is miles above anything that’s been seen before.

Archer has tried to make up for it by introducing a change-up this season. It’s had mixed results. He does get a lot of grounders off it, which is key. He’s getting 28% whiffs-per-swing, which is definitely something to build on. He’s still giving up too much slugging on it (.500), but as this is the first year he’s tried it it’s at least a start.

Of course, the main concern for Nutting’s Pirates is affordability, and Archer is still that. He’s got a team-option of $9M next year and $11M the following, which is nothing for even a 5th starter. And with Cole hitting the open market after this season, he’ll probably pull in three times that or more. For the Bucs, that’s what matters. Shame, that.