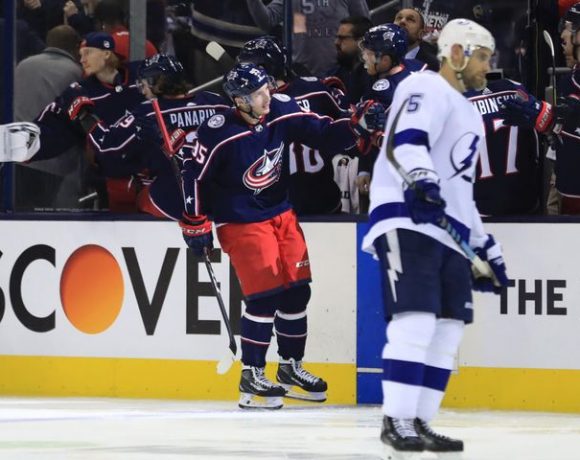 The Rebellion Against Excellence

As the Lightning sit on the precipice tonight, I haven’t been able to shake this stat ESPN presented on Sunday night when they went down 3-0:

The teams with the most wins in the regular season in MLB / NBA / NFL / NHL history all failed to win a championship. pic.twitter.com/6CWFcNgqIG

This would seem an excellent time for me to get on my European soccer high horse and proclaim it to be superior because it has no playoffs (at least in a league season), and thus excellence is always rewarded. But let’s save that for another time (you know I’m going to at some point though). It’s just the most curious thing.

All of those teams are considered some kind of footnote, or shrouded in what came before and after, or an outright failure. If you were asked what was the best all-time regular season record in baseball, you’d probably remember the Mariners just because of Ichiro. But it would take you a second. And if you were asked the best baseball team of all-time, you’d probably refer to an “era” of the Yankees in the late 90s, without picking one out individually. And none of them managed the 108 wins the Red Sox did last year. There isn’t one that sticks out.  You wouldn’t say the Mariners of 2001, but factually they are.

The Patriots’ “failure” gets shrouded in that they won three Super Bowls before that and then three after that. So their 16 wins just join a list of secondary yet impressive accomplishments, somewhere above their run of AFC East titles. They also did something unique, in that no team has won six Super Bowls in what you’d call one stretch. The Steelers are broken up between the 70s and then a couple more recently. And yet shouldn’t the 16-0 stand out more? We haven’t seen it since, and we might not see it again (until the Bears this year of course, my frent). But it doesn’t, because it didn’t come with the crown on top.

The Warriors are almost certainly the greatest team ever to play (sorry Jordan fans, but deep in your heart you know it’s true), and even after last night they’re going to waltz to their fourth title in five years and probably barely breathe hard to do so. Yet everyone still tries to beat them over the head with 2016, even though they did something no team has done and it took the greatest player of all-time (this time I’m not apologizing to Bulls fans) at the peak of his powers to thwart them at the absolute final hurdle. And yet for me, the 73 wins is what I’ll remember, but most don’t or even use it as a cudgel. That’s the team that wowed you on a nightly basis instead of bored you with their efficient greatness.

It’s even murkier in hockey, where the best team rarely wins. Of course, thanks to the goofy standings system, it’s hard to discern clearly who the best team is most of the time. Not this year, obviously, and look how that’s going. If you’d asked me the best team I’d seen or best team of the NHL’s history, again I’d probably wave at an era of Wings teams in the 90s or Canadiens in the 70s, without one sticking out. When the Hawks won their first Cup, they were third in the league that year standings-wise. Their third Cup saw them finish third in their own division. And yet no one points it out because of course, they won their last game. And they knew as well as anyone else that seeding didn’t really matter to them that much.

Only the ’13 team is seen as an all-conquering force that scorched the Earth behind it, and even that’s derided a bit because it was only a 48-game season. And it’s hard to think of another team that comes close to that label. The Penguins didn’t win their own division in their last two Cup runs. The Caps did, but that was mostly considered a footnote or outright fluke as no one else was any good in that division. The Kings never did either. Are we really going all the way back to ’13? ’10 before that? The ’08 Wings? And even the latter is considered something flat because they only had the one out of three or four truly great teams.

I suppose that’s the oddity of North American sports. Hell, people my age probably remember the 103-win Giants that didn’t even make the playoffs in 1993 than we do most champs (I have a certain friend who is going to murder me for mentioning that). Never mind that the ’93 Braves and their 104 wins were then stomach-punched by the drunk and hairy Phillies at the first jump. Did you immediately remember that the Jays won the Series that year?

So it’s kind of funny to me that teams like the Warriors now, one or two other NBA teams, the Hawks teams of a few years ago or Penguins now or whoever else get shit for taking some regular season games off. All of them have the scars of great teams that didn’t win, whose regular season accomplishments are labeled meaningless, and yet when they put the playoffs and titles over everything else they’re “cheating the fans.” It’s an impossible needle to thread.

I can’t help but think sports have become to binary. You either won the title or you failed, no matter if you did something literally no one else had done before. After all, the regular season is the largest sample we have of what teams are, and sometimes historic accomplishments are wiped away or dismissed because of a bad week? Seems strange.

Then again, maybe that’s what makes it special. We have this slog of a regular season in every sport, find out who the best is, and then ask them to survive this pressurized crucible right after it. It makes for a better story at times when these teams fall.

Still, it does make it feel pointless. We spent six months or more being wowed by all of these teams, having it proven they were five steps ahead of everyone else. And then it’s gone. So why did we bother? If those results don’t mean anything, why have them? On the other side, if the playoffs were just a confirmation of what we’d seen, there wouldn’t be much drama (the current complaint about recent NBA playoffs, which is easy to understand). Doesn’t seem to hurt the NBA’s popularity though.

I’m on the side of always rooting for greatness, for things I haven’t seen before. The Warriors winning four of five and 73 games in the one they didn’t is the kind of thing I’ll remember forever. Hell, it was only two days ago a lot of us were willing the greatest golfer of all-time to another victory, because he does things we hadn’t seen before. At least where I’m not emotionally involved, that is (so you can fuck off with all your City remarks, Hess).

Maybe it’s just a quirk. And yet we keep racking these up.