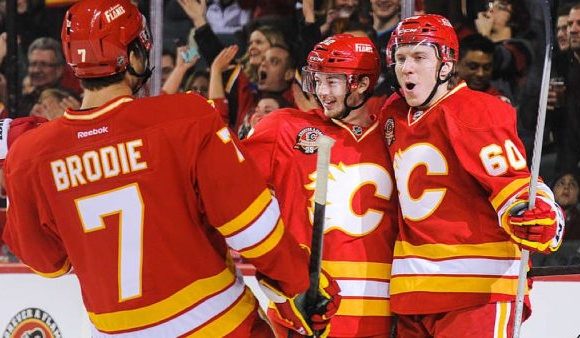 Your Friends And Neighbors – ’17-’18 NHL Team Previews: Give Me Throwbacks Or Give Me Death

Maybe a week ago, I would have told you that I was pretty excited to see what the Calgary Flames have in store this season. It has one of the most exciting young players in the game in Johnny Gaudreau, even if he’s a MAGA dipshit. He plays on a very entertaining line with Sean Monahan (is there a chance he could bend?). They have Michael Frolik whom I adore, who’s on a line with fellow hockey Zobrists Michael Backlund and Matthew Tkachuk. They have three #1 d-men, and just added Travis Hamonic who could be one of the better #2-3s in the game. And VERSTEEG! is here!. They look poised to make some serious noise in the West since 2004.

And then their owners started bitching about their arena deal not getting done and now I hope they go 0-82. Because fuck those guys. And wear the fucking throwbacks all the time, dillholes.