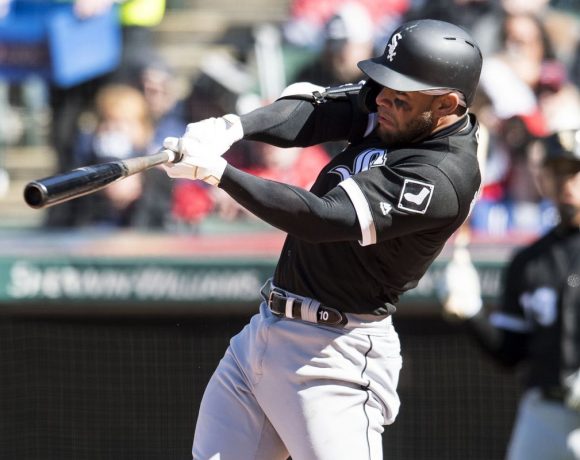 As we continue our trip around the diamond for the Sox this year, we now come to the hot corner which is manned by the most important player on the 2020 White Sox. Sure, you can make the case that other players like Eloy Jimenez or Luis Robert need to have breakout seasons, but if the White Sox are going to be good in 2020, Yoan Moncada is going to need to be their best player – again. That may even be true of the years beyond. Let’s just get into this because I am ready to lose my gord over this man.

Last Week On Nitro: Yoan went on a full blown Fuck You Tour in 2019, telling every White Sox fan and baseball analyst that started to doubt him after his rough 2018 campaign exactly where they could put their concern. From the very beginning of the season, Moncada looked like a new player. He was hitting higher in the lineup every day, playing a new position, and was more aggressive at the plate, and all of that led to huge success from jump. He was mashing enormous dingers in big situations right away, which is great for us all because he has the best home run swing in all of baseball. If you don’t enjoy watching this man hit a baseball 450 feet and admire his work with incredible swagger and charisma, you are a joyless human being. Along with the huge homers, he also ripped 34 doubles and 5 triples, and while his walk rate dipped a bit from 2018, you take that trade off for the significantly lower K-rate and the more aggressive approach that led to a .915 OPS.

The only problem with Moncada’s 2019 outbreak is that it’s simply undeniable that his .406 BABIP is not repeatable and is destined to regress. With that being said, when you go across his Statcast profile and look at all of his numbers, the BABIP is the only thing that really sticks out as a red flag. His wOBA of .379 was barely above his xwOBA of .362, and given the fact that he hits the living shit out of the ball as well as anyone in the game – he was 7th in average exit velocity (97th percentile) and 19th in hard hit percentage (92nd percentile) – a high BABIP is going to be a natural occurrence. It certainly won’t be over .400 again, but it’s still reasonable to think he can keep it up around .360-.370, and that’s still going to result in a near-.900 OPS. Aaron Judge is routinely among the leaders in exit velo and hard hit percentage, and and he’s had BABIP’s around .360 every year of his career so far, so there is your comp and reassurance for Moncada’s future.

Along with the offensive outburst, Moncada took to playing third base extremely well, registering in the 87th percentile for outs above average. He also is still one of baseball’s faster runners, though he didn’t steal a lot of bases, totaling just 10. But if BABIP and SB’s are the biggest issues from a 2019 season that saw him register the 16th best fWAR in all of baseball – higher than the likes of Ronald Acuña Jr. and Juan Soto despite playing less games than either of them *sips a huge cup a tea* – then we are just being nitpicky.

TOO SWEET (WHOOP WHOOP): As I said in the open, Moncada is going to have to be the Sox’ best player again if 2020 is truly going to be a year that sees the Sox contend, and to that end the best case for the Sox is that Moncada gets even better this year than he was in 2019. And even with the natural BABIP regression, I think it’s possible. The .367 OBP (or similar, obviously, as I’d be a fool to predict it’ll be exact) could be repeatable if he is able to bring his walk rate back up a bit, and while it may be wishful thinking to think that the K-rate will fall at the same time, obviously that would help things. On top of that, continuing hit the piss out of everything in site while enable the power to stay up and he can easily slug in the mid .500’s again – again, the batted ball rates compare nicely to Judge, who has a career low SLG% of .528.

If all of the above happens, I think it’s easy to envision Moncada slashing something like .270/.360/.540, which would obviously be incredible. If he stays healthy – which has admittedly been an issue for him so far in his career – he could easily hit 30-35 homers and 40 doubles in the process. In terms of the peripherals, Moncada has already been outspoken about wanting to steal more bases, so if he can even raise from 10 steals to 15 in 2020, that is going to boost his wRC+ and WAR numbers. And I think he can get even better defensively as well, although as long as he doesn’t get significantly worse he will be fine over there. If all of this comes to fruition, I think we are talking about 6 win player, and if the Sox are able to reach their ceiling, that will be good enough to make Moncada a dark horse MVP Candidate.

YOU FUCKED UP! YOU FUCKED UP!: I have to be honest – selfishly, I don’t even want to entertain the thought of Moncada falling off a cliff. I am clearly biased, but an all out collapse that indicates 2019 was nothing but a blip on the radar does feel extremely unlikely, but baseball is a cruel game. I don’t think he’d fall so far as to be at 2018 levels again, but if the BABIP was truly the main driver behind his 2019 success, then it’s not all that unrealistic to think he could crash back down to being closer to a 3 win player. And while that would still qualify as a perfectly fine MLB regular, that would be a huge disappointment in terms of the expectations that the Sox and their fans have for Moncada. That’s all I want to say about this because trying to speculate numbers too much could just get depressing.

BAH GOD, THAT’S MONCADA’S MUSIC: Well, I kinda lost my gord a little early here. I tried to stay measured and not just go “WELL THE BEST CASE SCENARIO HERE IS HE BECOMES BETTER THAN MIKE TROUT MY FRENDT” in the TOO SWEET section, but in the process I think I dipped a bit too much into what I am actually predicting will happen. Maybe my 6-win player idea is a bit much, largely because that could depend on him staying healthy, but overall I really think that what we saw in 2019 was a sign of things to come for Moncada. The guy is really fucking good at baseball, and he is going to be really fucking good for a long time. And that is wall I have to say about that.