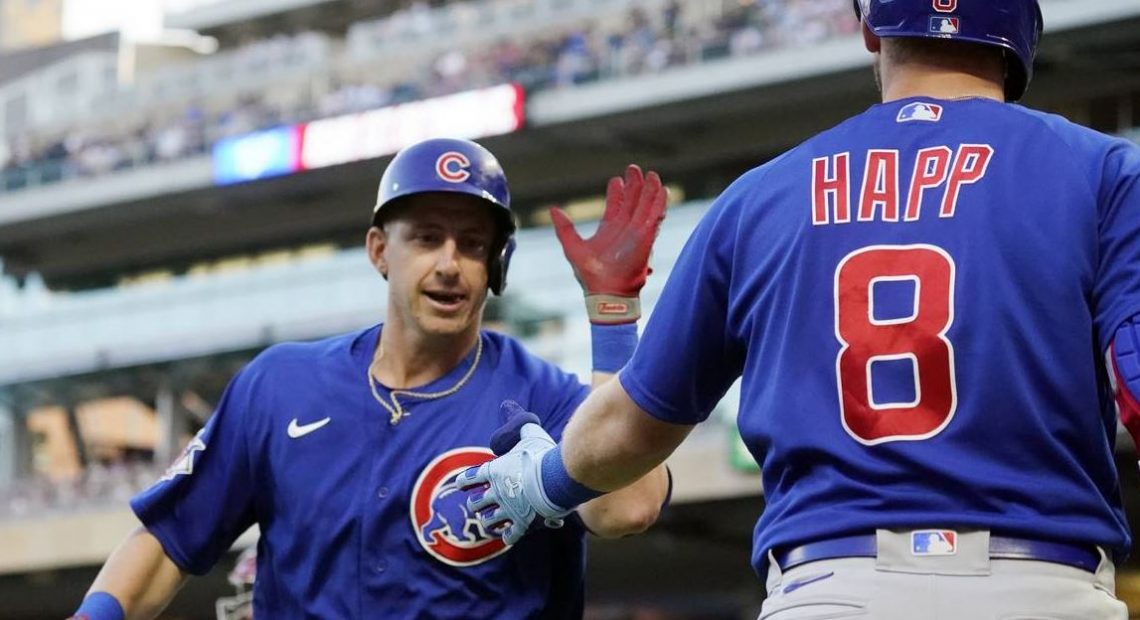 In what was supposed to be a battle of bad pitching for this two-game series against the similarly terrible Minnesota Twins, the Cubs ended up winning both games with our own pitching holding things down. Not to mention it was a Joe West Production this series as we all sat and prayed that soon the season will be over and we’ll all be put out of our misery.

Despite there being a lack of offense for a majority of the series, the Cubs defense got out of jams when they needed to and held the Twins to only one run over the two games. Because there were no runs scored in 14 of the 18 innings I watched, there wasn’t a ton to review here, so let’s wrap this up quickly.

Allowing Frank Schwindel to homer off of you in the first pitch of the game is truly something else. A genuinely ridiculous way to start the game. But since nothing matters to either of these teams anymore, you can’t help but laugh at it all.

Zach Davies did…fine, I guess? He pitched 4.1 innings and allowed six hits, but only one run, the only run of the game. He also had three strikeouts on the day to put his ERA down to 4.91, which is still incredibly bad.

The middle of the game was incredibly boring thanks to the lack of offense. The Cubs’ fielders were able to help Davies hold the Twins to one run, which included a pretty nice sweeping catch by Patrick Wisdom at third base in the 4th inning. There was also a bases loaded situation in the 7th inning that Matt Duffy struck out to get the Twins out of the jam in true Matt Duffy fashion.

The bullpen actually did a pretty swell job. It was only Codi Heuer who allowed hits—three of them, actually, which loaded the bases in the 8th for the Twins (see below). Manuel Rodriguez got the win, continuing to impress. He, Adam Morgan and Rowan Wick allowed no hits in their combined 3.2 innings pitched.

Ian Happ continues to stay hot in the part of the season where nothing matters as he hit a solo homer in the 8th inning that was one of his longest ever. A half-inning later, it was the Twins’ turn to be in a bases loaded situation and Matt Duffy specifically decided he was going to make up for his blunderous at-bat earlier by catching a ball hit into right field and then throwing to home to tag a Twin at the plate to end the inning and the jam. Pretty impressive stuff, even if it is just the Twins.

The fun continued into yesterday as the Twins put on an even worse performance than the day before. It unfortunately came with Twins pitcher Joe Ryan making his major league debut. Despite striking out Ian Happ to start things off, he allowed an Alfonso Rivas walk (only his third game with the Cubs), an Andrew Romine double, and yet another Schwindel home run to make the score 3-0 Cubs. That’s it. That was the offense for the entire game.

Justin Steele started this game and got the win. He only allowed one hit and had three strikeouts in his 5 innings pitched. He also gave up three walks, something he should likely work on. Adbert Alzolay took over pitching for the rest of the game in his first relief appearance in about a year. He made things look easy with five strikeouts and one hit in forty total pitches thrown. Pretty good stuff, I guess.

The Cubs continue their garbage team tour with a series against the Pirates starting tonight. The Pirates continue to break barriers regarding how bad a major league team can be, despite the Orioles recently giving them a run for their money. They only have a .361 winning percentage and the White Sox pummeled them earlier this week despite coming off splitting a series with the Cardinals before that. Who knows what fun will be had this week and into the weekend. See you then to wrap things up. Go Cubs go!