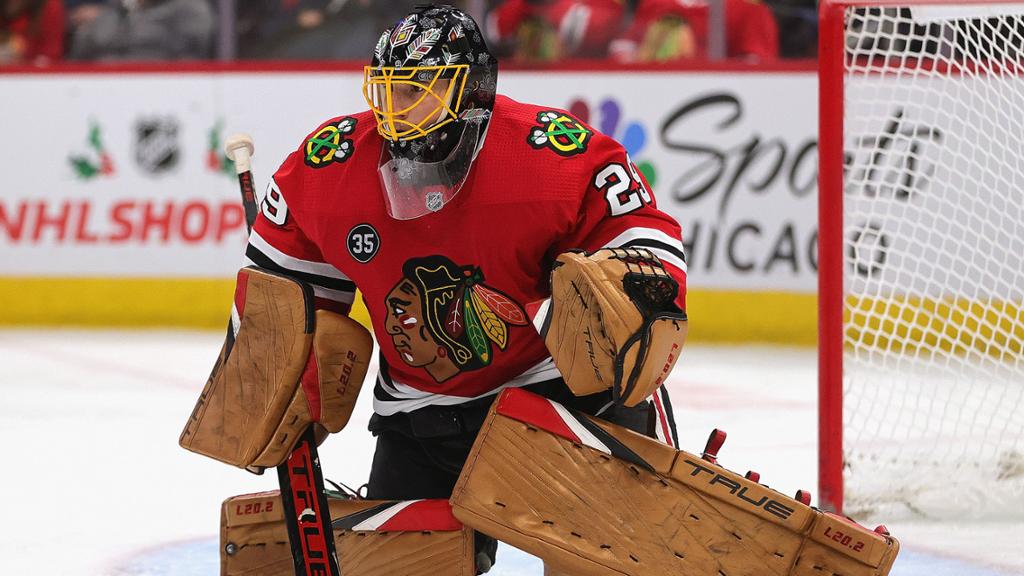 The Doom and Gloom Show stops for nothing, and especially not for the schedules of the fair Faxes from Uncle Dale writers as the Hawks just took the ice against the Ducks, once again winning thanks to specifically and only the Kane/Strome/Cat line.

The rest of Twitter awaits to see who on this team will be dealt away and installed on future playoff teams as depth players. It is apparently not going to be Marc-Andre Fleury, unless it’s Marc-Andre Fleury. I’m not sure why he’d want to stay here, but God bless him for mulling it over, even if it’s just so he doesn’t have to be away from his family for 2-3 months. And just imagine what hell this team will be to watch without Flower being singlehandedly responsible for 70% of the Hawks’ wins this season. It’ll be a true tire fire then, but at last we’ll have recouped our first-round draft pick!!!

In other news, Kirby Dach is officially a Franchise Winger, to the amusement of us all. When Toews’s career is over this team will be in faceoff hell, which is all the more reason why Kirby should be watching faceoffs get taken by the Hall of Fame center that the organization pushed him to be “the next” of. At this point, Derek King just wants to see Kirby produce and try to salvage as much of his botched development as possible. It’s still so tiresome. 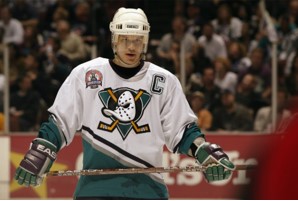 After the season-high eight-game win streak that made the Ducks the talk of the town in November, the team has slid down to just about league-average, now five points out of the final Wild Card spot with and a plethora of teams they need to jump over to make a playoff appearance this year possible. And although it was the younger stars making all the highlight reels earlier in the season with Trevor Zegras’s highlight-reel goal Troy Terry’s hot start, the Ducks are now depending on their veteran presence to barely keep them hanging on in the playoff race.

Speaking of grizzled vets, John Gibson’s numbers have seen improvement over the past two seasons. The unfortunate part of it all is that the improvement we see is a .910 save percentage, though that still means giving up only four goals in the last four games (the four goals we’ve scored so far tonight don’t count). The team itself has a sixth-worst goals against above expected in the entire league in 5-on-5, behind only truly pitiful teams like the Coyotes, Devils, Kraken, and yes, the Hawks. 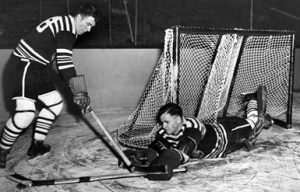 The Bruins find themselves pretty snugly in a playoff spot, albeit the Wild Card, as this organization continues to Frankenstein themselves to the playoffs by adding players at the trade deadline to try to make a run at things. Where things stand now, however, that means they’ll find themselves in a first-round playoff matchup against either the Lightning, Panthers or Hurricanes, and they’ll likely get shellacked no matter which team they get.

Over the weekend the Bruins nearly blew it against the Blue Jackets, which would’ve been top-tier entertainment as Jeremy Swayman gave up the tying goal with 2 seconds left in the game. Thanks entirely to the shootout heroics of David Pastrnak, the Bruins walked away with two points. Yesterday the Bruins had a more even matchup against the Kings and this time walked away as the loser point losers. This game was yet another example of the Bruins blowing their lead in the dying seconds of the game, which isn’t something they should make a trend with the playoffs down the stretch. Perhaps they can sacrifice Brad Marchand to the league in order to make playoff games be 59 minutes instead of 60. Just a thought. 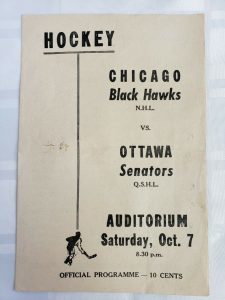 Ah, the Senators. One of only a few teams in this league that suck more than the Hawks do, and in the most hilarious fashion. They are currently on a five-game losing streak which included a Saturday night marquee matchup loss against the Coyotes. And the Senators are also no strangers to blowing games late, although the Senators community cried foul over their loss to the Golden Knights thanks to sketchy a tripping penalty on Thomas Chabot.

Senators starting goaltender Matt Murray wasn’t playing Sunday, by the way, and it may or may not be because he was crashed into by his own guy during the game the night before. (I don’t think Sens fans missed Murray much anyway considering he hasn’t won a game in over a month.) The net was therefore turned over to Anton Forsberg, who was in goal for the last FOUR Senators wins and is currently putting up the best numbers of his career. Like Fleury, the greatest gift that Forsberg could give Senators fans right now is some prospects at the trade deadline, though deciding whether a team should be giving up any significant assets for Anton Forsberg is luckily not what my job hinges on.