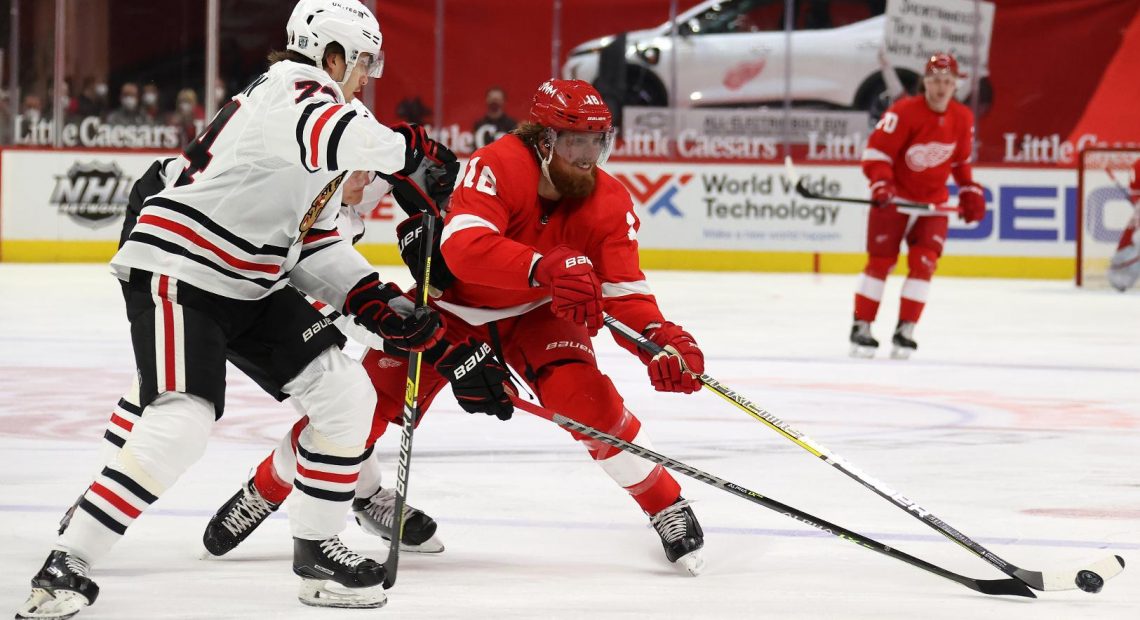 The scoresheet says the Hawks won these games, sure, but it is a bit concerning that they were losing the possession battle to the league’s bottomfeeding Detroit Red Wings four out of the six periods of hockey played. Something needs to be done about that. Let’s get to the bullets.

The Blackhawks head south on their road trip this weekend to battle the Carolina Hurricanes, who will not be as forgiving if we continue with these possession numbers (which we will). The Hawks are going to need to figure out a way to not flounder in this metric and also win games without going into extra time if they want to continue being a FUN PLAYOFF CONTENDER or whatever the journalists think this team is. Onward!