I have a couple friends who like to use the quote, “Be what you want to manifest in the world.” Or something like that. Maybe it’s just “Be what you want to manifest.” Throw those words in some combination, and you’ll get what I’m after here. So though I know, deep in my heart, that it’s most likely Adam Boqvist never plays a game for the Hawks this year, we still have to maintain hope. If we give him the full preview treatment, perhaps we move a little step toward seeing what we want to manifest with the Hawks this year. Let’s be the change! Because if this blue line is going to have any chance to rise above the level of “Complete And Utter Suckbag,” it’s Boqvist who will bring that about.

A Brief History: Before Kirby Dach, Adam Boqvist was the subject of a high first-round pick the Hawks swore they wouldn’t be in position to attain again. Whoops. He was at least an acknowledgement that the Hawks had to get a whole lot faster on the back end, more creative, more dynamic, which the organization promptly forgot about seven minutes later. And this is how you end up with giving up actual good players for Olli Maatta. Boqvist wowed Joel Quenneville in training camp last fall, which considering his tastes in d-men was incredibly surprising. Or Q quickly came to realize how terrible his blue line was and was desperate for any salvation from anyone who could move faster than ennui. Q made noises about trying to keep Boqvist around when the season started…until the Red Wings beat the ever-loving crap out of him in a preseason game and everyone realized it was probably best for him to spend the year racing by children in the OHL.

It Was The Best Of Times: Boqvist carries the momentum from his Prospects Camp, where he was so far ahead of everyone save Dach it’s a wonder the rest of the crew didn’t just spend the last day scrimmage curled up in the corner rocking gently back and forth singing Gin Blossoms songs (how many of those kids even know who the Gin Blossoms are? Time to move on, Sam), into the Traverse City tourney and then into training camp and makes it utterly impossible for the Hawks to keep him down in Rockford. He finally sentences Brent Seabrook to a life of pressbox popcorn (slathered in jack cheese, I would assume), and from a heavily protected, third-pairing spot is able to give the Hawks some push from the back. He quickly inherits Erik Gustafsson‘s PP QB duties, making Gustafsson expendable at the deadline for the Hawks to get $1.25 on the dollar for him. And Boqvist looks like a Jared Spurgeon-type for the next 10 years.

It Was The BLURST of times: There’s actually a couple options here. One is that Boqvist does all the things mentioned in the first two sentences above, but the Hawks ignore him anyway, terrified of pissing off Seabrook or really believing in Maatta and Koekkoek and the rest of the leaden-footed crew, and Boqvist simply wastes his time and ours in Rockford. And he sits there while the defense continues to get its doors blown off by any team with anything resembling quick forwards. Or Boqvist still looks a complete mess in his own zone in training camp, earns his demotion to Rockford or even back to London, and everyone starts asking serious questions about whether he will ever be what was advertised. And the Hawks blue line continues to be a sculptured representation of confusion made of earwax.

Prediction: Let’s be clear, Boqvist is already the best offensive d-man on the team. It’s not even all that close, and Erik Gustafsson stans can fuck right off. Boqvist’s skating and abilities with the puck are NHL-level right now. And because the Hawks have literally no one else who can do any of that, he should be on the team. But he won’t be to start. Most likely, even after turning more heads in camp, he’ll start the year in Winnebago County. But after the main roster’s defense spends a couple months getting exposed for the tractor-in-the-mud that it is, and Boqvist lighting up the AHL (as Jokiharju did which got him traded, so watch out), the Hawks will have little choice but to call him up somewhere around Christmas. And it’ll be rocky, as Boqvist is never going to be solid in his own zone. But it also be exciting as he’ll make plays on the rush that no Hawks d-man has done since…fuck, Doug Wilson? Nick Leddy like once or twice? I don’t even know.

Of course, Boqvist’s arrival–along with the impending ones of Ian Mitchell and Nicolas Beaudin–will cause something of a fissure in the makeup of the team, as someone will have to sit to accommodate him. Which will take quite the deft hand from a coach who might not be prepared for it. Buy the ticket, take the ride.

Tags: Adam Boqvist Chicago Blackhawks Player Previews this is where the fun is 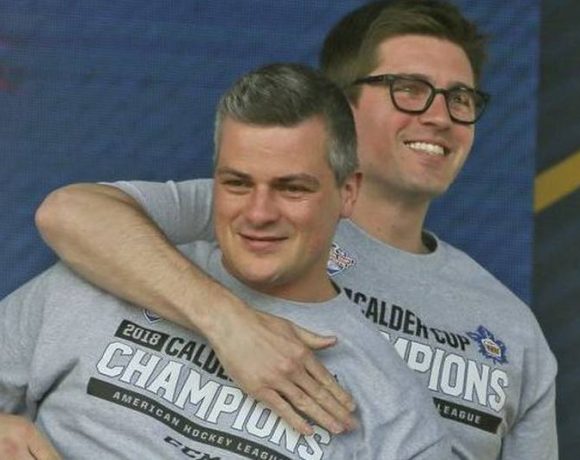 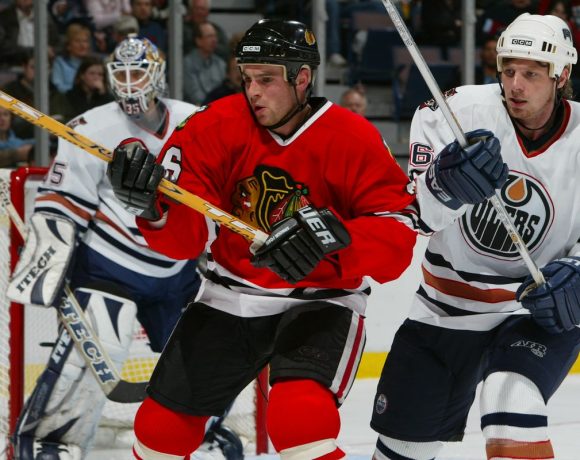