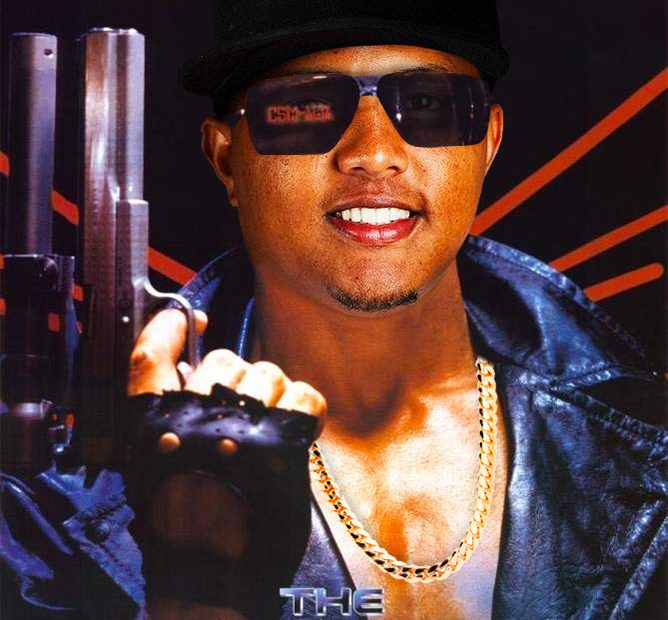 We’ve reached the end of the position player portion of these previews and let me thank you, dear reader, for coming this far. The following list will include a few guys that might never see an at bat with the big club, but dang it the MLB added an extra roster spot and I wanna write about THE YERMINATOR. The 2020 team may finally resemble an actual Major League Baseball™ club, which means that guys like Adam Engel and Danny Mendick won’t need to try and make you stop hating them because they were forced into more playing time than they should’ve ever had. No, we finally get to see them in roles that they’re suited for, supplementing the roster, playing every few days and dare I say…maybe excelling at it???

LAST WEEK ON NITRO: Engel found his way into 89 contests last year and posted a mildly respectable 84 wRC+ in his 248 part-time at bats. He found himself part of a five-six headed OF monster as the Sox churned through Him, Charlie Tilson and Ryan Cordell to fill space and eat time until they would employ real MLB players in their positions with Engel pacing the field (not that there was much of a bar). His real value was realized, as always, in the field where he was one of few Sox to actually SAVE runs in 2019.

TOO SWEET (WHOOP)/YOU FUCKED UP!: So as I stated above, Engel should finally be in the role that best suits him – fourth outfielder. His defense in the OF is still the best on the team until Luis Robert proves it otherwise. He should not eclipse 75 at bats. He will see plenty of time as the late inning replacement for one of the corners, and for my money it’s Nomar Mazara being lifted. Maybe he’ll get some pinch running chances too and can boost his lackluster three SB from 2019. The only way Engel hurts the team is if he’s forced into another 250+ ABs somehow, and with Garcia the real super utility on the team I don’t see how that’s possible.

LAST WEEK ON NITRO: Mendick put together a very fine season at Charlotte, earning himself a September call up and 40 plate appearances with the big club. The audition was successful enough to keep him on the 40-man and in the conversation for a bench spot, something that became a near lock when the team decided to non-tender all-around great human/fan and clubhouse favorite Yolmer Sanchez. Danny showed a keen batting eye, with a very respectable 66:96 K:BB ratio while displaying decent power in a .166 ISO. He’s also versatile in the field, capable of manning any INF position and doing it well (+1 DRS combined at 2B/SS/3B).

TOO SWEET (WHOOP)/YOU FUCKED UP!: Mendick is in a slightly different position than Engel in that he could see more playing time early, especially if the highly touted Nick Madrigal struggles to open the year. The way this Spring is going, no one has staked their claim on the 2B job and that means Mads is likely ticketed for Charlotte until May. Mendick will see more opportunities early since his main competition at 2B is Leury Garcia, and he’ll be spelling Robert/Mazara more than I think many want to believe. Mendick could keep Madrigal down for longer than anticipated with a hot start and some of that power he displayed in 2019; he could also see himself demoted to spelling Yoan Moncada and Tim Anderson very infrequently if he’s terrible and Madrigal earns a promotion sooner than anticipated or Leury take the gig in full.

LAST WEEK ON NITRO: The Yerminator burst into Sox fans hearts with his towering moon shots straight out of BB&T Stadium in Charlotte. Mercedes has worked his way from the AAA phase of the 2017 Rule 5 draft into the conversation for a roster spot in Chicago via his ability to absolutely destroy pitches, something he’s never really struggled to do. The issue is that our pal Yermin here hasn’t really had a position to call home on the diamond, though Rick Hahn and Co. will tell you he’s REALLY worked on his receiving and if a totally capable backstop. Yermin himself would tell you he can handle 3B, too, but Yoan needn’t break out a different glove. If Yermin did enough in 2019 to secure a roster spot it’s to pinch hit and be the emergency catcher.

TOO SWEET (WHOOP)/YOU FUCKED UP!: Yermin finds glory in 2020 simply by making this team. Zack Collins is what he is and that isn’t changing IMO, but he’s wasted without regular playing time so he’s headed to Charlotte leaving Mercedes in pole position for the newly minted 26th spot. Say he clubs 8-10 dingers in 70ish at bats, a few of which come as walk offs and Yermin reaches Sox legend status. I don’t really see a scenario in which this goes south; he’s either good enough to make the team or he’s back putting on a show for the Knights faithful in AAA.

LAST WEEK ON NITRO: Ol’ Nicky D would like for you to believe 2019 did not happen. He labored through an atrocious stretch to open the year in Chicago that lasted just 21 games, got demoted to Charlotte for another 17 forgettable contests and finally called mercy and had shoulder surgery before being released in June. The Sox brought their familiar face back on a minor league deal in December and have seen him work hard in Spring to throw his hat in the ring for that final 26th man spot.

TOO SWEET (WHOOP)/YOU FUCKED UP!: Keeping with the theme here, simply finding his way onto the MLB roster would be the top of the mountain for Delmonico. Returning to the MLB after the disastrous year and a half he spent with the Sox that preceded this Spring is enough, and he’d simply be asked to spell an OF here or there, maybe pinch hit a time or two. You fucked up if you’re actively rooting against him for some reason. Get a life.

LOL, if Palka is somehow on this team, we’re all gonna be so fucking sad at what became of the 202o season that I’m not even going to entertain the idea of writing about it. He’ll always have #fromthe108 from 2018, I guess.

Prediction: Mengel will make up the main bench spots behind James McCann and Leury and I’m going to go ahead and anoint Yermin Mercedes the first ever White Sox 26th man. He can catch in a pinch, he can flat out hit, and he’s an absolute unit. TOUCH ‘EM ALL, YERMINATOR!