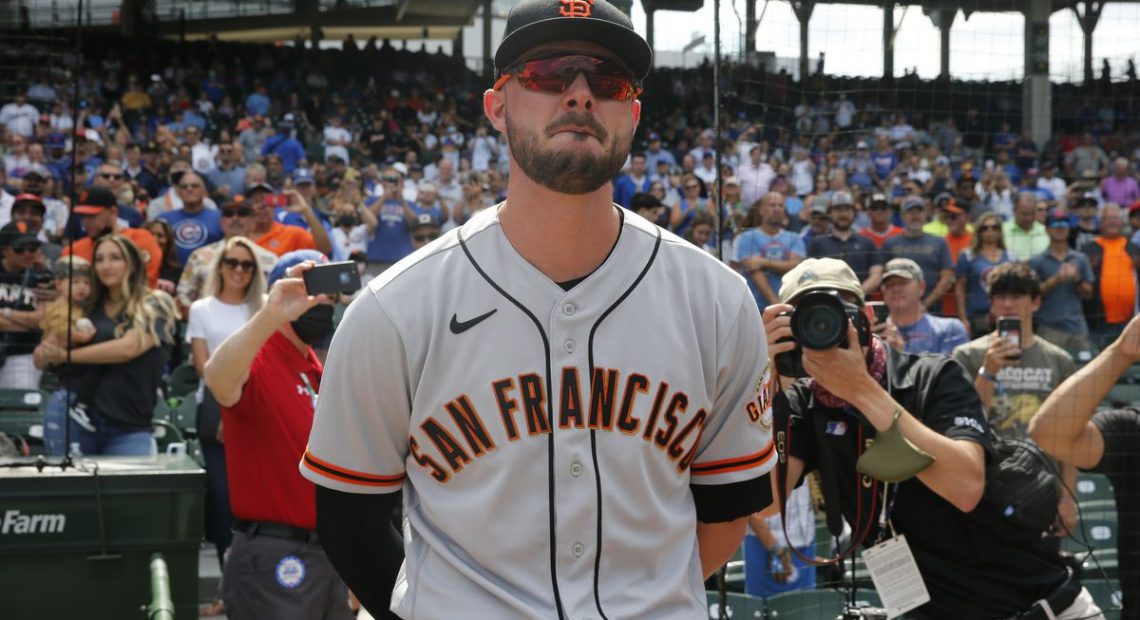 If you thought the Cubs were just gonna step onto Wrigley Field against the first-place team in the entire MLB, featuring Kris Bryant, and look like a competent team, you would be sorely mistaken. The Cubs’ recent good fortune came at the hands of other disgraceful teams in the MLB, and now that they faced off against a World Series contender we all saw that just about everyone at every position won’t be good enough to make up a playoff team next year, no matter what anyone else may try to tell you.

To turn into a playoff team next year means just about everything has to go right, AND the Rickettses need to open their checkbooks to sign some stellar pitching. Who knows to what extent—if any—the Rickettses will feel like paying players next year. And I would well and assume KB, Baez or Rizzo will NOT be signing with this team next year; Bryant’s tribute video and ceremony all but cemented that with all the absurdity that happened there.

And so this might be the caliber of team we’re stuck with for the foreseeable future and it’s not gonna a fun experience, as this series showed. Sorry you had to watch it; at least we won that one ring that one year, huh?

There were farcical shenanigans going on before the game even began, with the Ricketts family doing everything to honor Kris Bryant for the fans, except for, y’know, signing him to a contract, which would just be too expensive. It also seemed to be too expensive to have someone iron out the creases of the World Series flag they gave him after his tribute video, which is similarly absurd. Congrats to Kris Bryant for successfully extricating himself from this dreck.

As for the game, Kyle Hendricks was the starter who did all he could and then some to keep the Cubs in this game, pitching six total innings and allowing only one run, four hits, and four strikeouts. A solo homer from Frank Schwindel in the 4th inning put the Cubs on top for exactly 1.5 innings before a couple of hits against Hendricks in the 6th allowed the Giants to tie it.

In the 7th inning, it was Trevor Megill out of the bullpen who then allowed three straight hits, one of them a home run, to bring the Giants back on top. They of course would never give the Cubs the game back. Despite Trevor Megill getting yanked, his replacement, Michael Rucker, also gave up a home run to make it 5-1, and then a single and sac fly in the 8th made the game its final score of 6-1.

This game was such an utter disaster that I don’t even want to talk about it. Zach Davies still sucks, by the way.

At least we saw some fight in this one. It was young, still relatively-inexperienced Justin Steele vs. Logan Webb, one of the best pitchers in the NL. Though they pitched almost the same amount of innings (Webb’s six against Steele’s five), Steele gave up almost twice as many hits. However, the rest of their pitching stats were strikingly similar with the same amount of walks, runs and Steele just having one less strikeout. Not that it means anything.

In the 4th inning, Ortega was able to get a triple after the Giants’ Austin Slater completely missed catching the pop fly at center field. Schwindel RBI’d him in, and then Ian Happ later in the inning hit yet another solo homer to breathe a little bit of life into the Cubs. Unfortunately, it would only be one half-inning later when Steele gave up a two-run homer to make it 5-2 Giants.

In the 5th inning, yet another goof by Slater gave David Bote a triple, after he and Kris Bryant collided while both trying to catch the fly ball, which meant neither of them caught the ball. Nick Martini drove in Bote to make it 5-3, but still the Cubs continued to be a step behind the Giants offensively.

Things got heated up in the 7th inning when the Cubs hit themselves into a bases loaded situation down only one run and with only one out, thanks to hits from Bote, Robinson Chirinos, Schwindel and Happ. But Tyler Rogers, the Giants’ pitcher out of the pen, was able to pitch his way out of it with two straight strikeouts to keep the Giants’ lead. His pitches were beyond nasty and difficult to predict where they’d land, especially when it was Contreras, 0-3 on the night, and Alfonso Rivas that were tasked with getting a hit off of him. Plus, Codi Heuer’s wild pitch the half-inning before had allowed Bryant to score and give the Giants 6 runs and the win over the Cubs.

The Cubs are off today, but will be back to take on the Phillies this week, a team currently mired in mediocrity. The Phillies most recently lost a series to the Rockies, and you have to be actively trying to be bad to do that successfully. Perhaps the Cubs can win some meaningless games here; perhaps not. See you then and go Cubs go.