If It Has To Be This Way, Let It Be Colorado’s 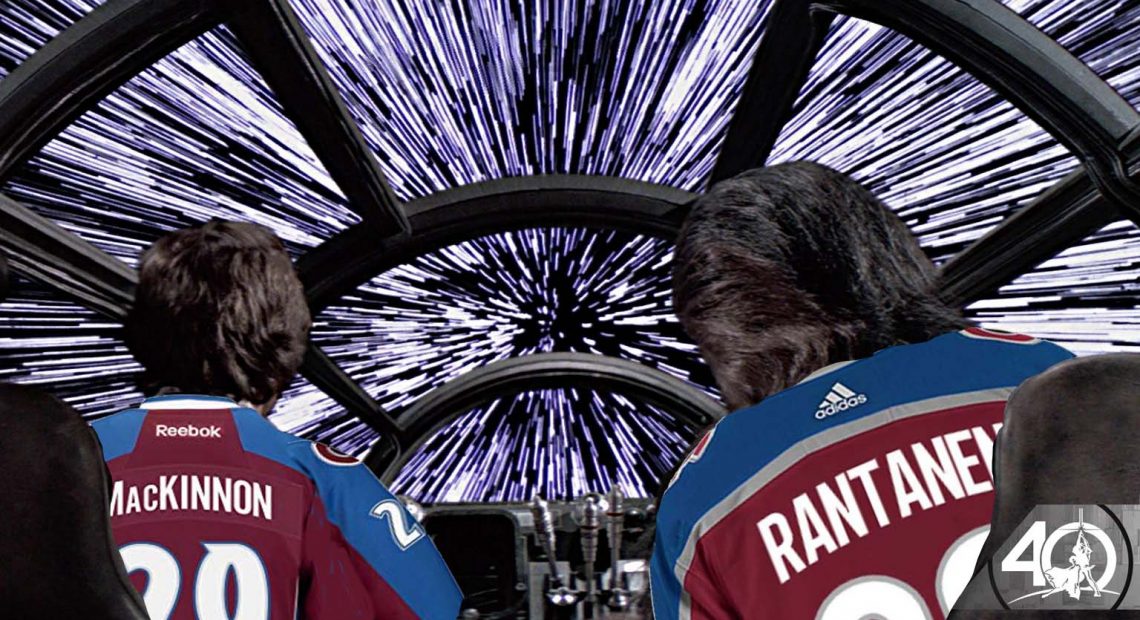 These could be the most NHL playoff-iest of the NHL playoffs. One division winner, THE division winner, was kneecapped in four games. One is trailing 3-1. The Predators laid an egg big enough last night to feed a few villages. Even the Caps are somewhat lucky to be up 2-1 on the Canes, and were just trucked to the tune of managing all of two shots in the final 40 minutes. If you love an underdog, this is for you. Even the Islanders, though the higher-seed, were probably not the bookies’ favorite heading into that series. That’s what some people love about the NHL Playoffs, though it doesn’t happen as often as you’d think. Last year, the chalk pretty much won every first round series, and arguably every second round series. Even if the Caps getting by the Penguins was a surprise simply because of history and the connotations of the two in our heads, they were the higher seed.

But still, while we can debate whether the actual results are good or prove anything at all or if they render the regular season even more meaningless than we thought, the undercurrent here is that the two results in the books and one or two others on the cards have been a result of negative, boring-ass hockey. Barry Trotz teams are successful, they are not entertaining. The Nassau Coliseum (where they come to see ’em) might make it seem like they are, but you sat through enough Predators games in the day to know. I don’t expect or want Isles fans to care. The rest of us can, though.

The Jackets aren’t quite the same bore, as they at least turned their trap up to 11 and moved it up the ice, but it was still a trap. The results were stunning and enough to convince you the process was actually lively, but believe me it wasn’t. The Stars, giving the Preds everything they want and more, are possibly playing the most boring and conservative style still left, and will happily tell you so.

It’s sports, not television, and no team is under any obligation to do anything other than what’s best for their team. That’s all their fans care. But I can care, and I do, because I’m not invested thanks to whatever it is they do on Madison St. these days.

Which is why the best series to watch, and despite all the scary undertones for Hawks fans, has been the Avalanche’s utter destruction of the Flames the past two games. Oh sure, last night’s game went to OT, and if not for Phillip Grubauer’s spot-on Cristobal Huet ’09 impression, the Flames walk out of Denver with a tied series and home-ice back. They also gave up 52 shots, 45 at even-strength. That’s betting your ass kicked. More so when it’s the second straight game they’ve surrendered 50+ shots.

And the Avs have gone the opposite way of the Isles or Jackets. They’ve just turned everyone loose, seeing a kind of slow Calgary defense beyond the top pair. And they don’t have to worry about the top pair, because Nathan MacKinnon has ground their bones to make his bread all series. Whereas the Jackets didn’t bust over 25 shots at evens until Game 4, the Avs have done it the past three games and by some distance. They have a goalie playing well, so they’re not too concerned about needing him from time to time, and have bet that if they turn up the heat on every game, the Flames can’t hang. And they haven’t been able to.

They even took their defenseman out of college, Cale Makar, and figured by replacing Samuel Girard with him they could even play faster. He played 20 minutes last night. They don’t care about his age or experience, he just helps them do what they want to do.

After a season of a jump in offense, goals, and overall fun, it stood to reason there would be a group of coaches looking to snuff that out when things got important. It’s how this always goes, and that’s not exclusive to hockey. Look at the last Super Bowl for evidence of that.

Sure, it portends to a future of the Avs pounding on whatever process the Hawks come up with in the next few years, but that’s life. Perhaps the reputations that Trotz and Tortorella have to uphold play a part, whereas Jared Bednar doesn’t have one yet. But rare is the coach who shows up in the playoffs and says, “We can go faster.” Rare is the NHL coach who has no compunction about tossing a 20-year-old into the playoffs when he was in college last week, no matter how special the prospect he is.

Mostly, Bednar has not coached out of fear of what might happen to them, but out of expectation what could happen for them. That is refreshing, and the kind of thing that should be rewarded. I may hate Vegas, and I do, but that’s a speed of series we should probably all want to catch.

Until they run into Trotz, of course.