I See You There With Your Cheshire Grin: Blackhawks 3, Senators 0 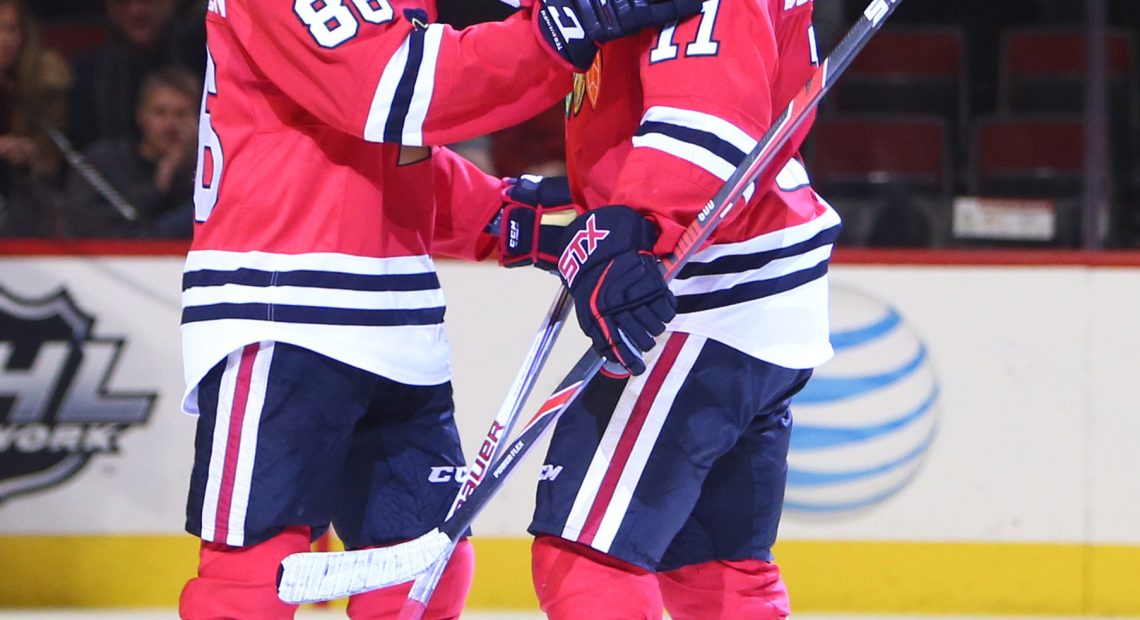 Throughout the course of a regular season, there will be games that stick out as memorable or “turning points” in a season or even just plain, old exciting games between two teams really getting after it.

This was not one of those games.

The Hawks and Senators played like they were two opposite conference teams feeling each other out and waiting for the game to open up. In most instances, this usually happens about ten minutes into the first period or after the opening frame. Tonight, it went the full 60 minutes without ever happening.

The good news is the Hawks scored three times during that time frame and Senators none.

That’s really all I have to say about that.

–Even though his first assist came while on a delayed change and playing with Toews and Hossa, you have to think this recent offensive outburst from Andrew Desjardins could be partly due to playing with the two most offensively gifted players he’s likely ever played with at the NHL level in Phillip Danault (yes, I’m calling it already) and Teravainen. It’s a weird combination, for sure, but it’s certainly working.

Now if only the Hawks could find someone for Toews and Hossa’s left side because nights like tonight, you’d have half expect to see Hossa drop kicking Andrew Shaw to Neptune. There were more than a couple times that Toews’ line lost possession in the offensive zone either because Shaw was in the wrong spot or he couldn’t get a handle on a loose puck.

–I don’t recall many times when a goalie gets a shutout and isn’t the first star of the game. Yet, this is at least the second time it’s happened to Corey Crawford this year. Just a strange observation, that’s all.

Crawford didn’t make too many difficult saves to hang on to the shutout. The one-timer from Karlsson in the second period stands out as do the two posts that Ottawa hit.

–In a combined 16 minutes of ice, Ryan Garbutt and Bryan Bickell were the two worst Hawk forwards in terms of possession as they carried a -5 and -3 Corsi. Bickell’s redemption arc since returning from Rockford hasn’t exactly gone as planned. His first couple games back were noticeable but he’s been close to invisible for a bit here.

Ryan Garbutt seems totally lost at this point. He’s not being a human cannonball. He’s not capable of generating offense on his own.

That leaves Dr. Rasmussen to pick up their pieces and he doesn’t have the experience or talent at this point to do much of anything.

–At game 40, the Hawks have hit their high water mark of the season by going ten games over .500 and now sit tied for second place with the Blues. Unless anything ridiculous happens (Dallas falling off the table, the Hawks going through a prolonged slump, etc.) the remaining 42 games seem like it will be a lot of Nashville, St. Louis, the Hawks and Wild just bouncing around the Central Division.

Of course, if we looked at the 41 game mark at this point last season, Minnesota was out of the playoff picture and Nashville looked like it was going to run away with the Central. So things can still shift.