High On The Hog: Piglets For Sale? 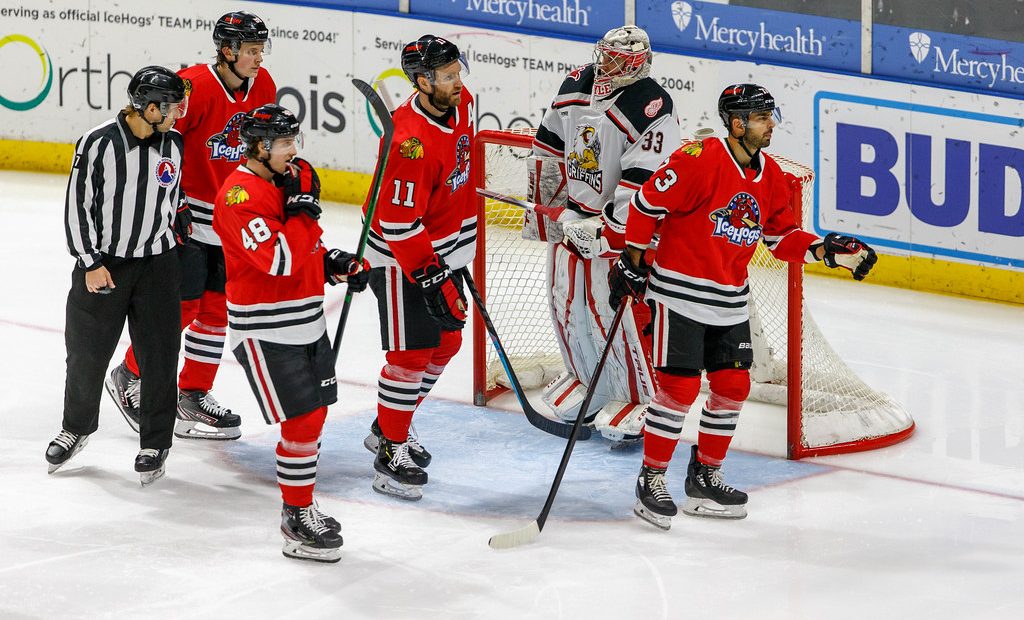 The Rockford IceHogs are the AHL affiliate of the Chicago Blackhawks. Unlike many NHL teams, the Hawks do not own their franchise in Rockford.

The story being floated around is that the city of Rockford is looking to sell the IceHogs franchise. Some reports are implying that the Blackhawks will be the buyers.

The affiliation agreement between Rockford and Chicago is set to expire after the 2021-22 season. The fact that it hasn’t been renewed has been curious, though I would have figured that there would have been some movement towards the Hawks sticking with Rockford soon.

If you believe the hype, Chicago buys the IceHogs and renovates the BMO Harris Bank Center to better develop Blackhawks prospects. The Rockford Area Venues and Entertainment Authority (RAVE), who operate the IceHogs, accepted a request for proposal to accept bids for the team.

It sounds like the RAVE is prepared to accept several bids. Reports imply that the buyers will be the Blackhawks. I haven’t seen any official word of such intent from the Hawks. Most of the talk is coming from Rockford’s side.

Is this a case of Chicago seeking ownership of their affiliate, or are the cash-strapped IceHogs making the primary overtures? I looked over the post on wifr.com and see an awful lot of the word “could”, as opposed to the word “will” concerning this potential change of ownership. This suggests to me that nothing is set in stone at the moment.

Is this a good or bad thing for the parties involved? It’s hard to say. The folks in Rockford seem to be trading autonomy for the promise of keeping the team safely at the BMO. Might the community be a little desperate to hang on to the Chicago connection, necessitating offering a sweet deal on a team?

From the Hawks perspective, operating in Rockford allows swing players and prospects to reside in the suburbs and still have a manageable drive either way. It’s also convenient for team brass to take a quick jaunt West to see the prospects in action. Reports cite the fact that the Blackhawks want to continue basing their prospect pipeline in Rockford. Might the team be looking elsewhere?

This is surely a story worth following. We should soon see if a purchase by the Blackhawks has legs or not.

On Tuesday, Brandon Pirri and Lucas Carlsson were assigned to Rockford. Both played in Wednesday’s loss to Grand Rapids. Pirri had a pair of goals. Carlsson, coming off an injury, also potted a goal.

Thursday, the Hawks recalled forward Michal Teply to the taxi squad. Teply has been injured; his only appearance for the IceHogs was on February 6 against the Chicago Wolves.

NOTE-Teply was returned to the Hogs following Chicago’s game with the Lightning, according to the AHL transaction page. Expect similar paper moves over the weekend to keep the taxi squad at the minimum of four players.

Despite several players coming down from Chicago to deepen the talent pool, the piglets got a spanking from the Griffins, who won their fifth of their last six games in a rout at the BMO.

Brandon Pirri needed less than five minutes to pick up his first goal of the season after being assigned to the IceHogs Tuesday. The goal came from the right dot on a power play set up by a Dylan MacIlrath tripping infraction. Cody Franson got the play started by digging a puck out of a scrum at the left half boards. Pirri struck with a one-timer of Wyatt Kalynuk’s pass at 4:37 of the first period.

Grand Rapids exploded for the next three goals of the contest. The Griffins fired 21 shots on net in the opening twenty. Dominik Shine tied the game at the 8:15 mark, getting to the front of the net and redirecting Max Humitz’s blast from the high slot past Hogs goalie Collin Delia.

On the same shift, Humitz was on hand to collect a blocked attempt by Joe Hicketts betwen the circles. Delia was in position but the puck beat him to the stick side at 8:53 of the first for a 2-1 Grand Rapids advantage.

Delia continued to be deluged with vulcanized rubber. The Hogs fell behind 3-1 at the 16:04 mark on a power play goal by Patrick Curry. The shot came after Troy Loggins snuck a pass through the Rockford defense to Curry, who gathered in the puck at the bottom of the right circle and sent it into the far corner of the cage.

The Griffins would extend their advantage to 5-1 with goals by Humitz and Tyler Spezia in the first two minutes of the second period. Pirri potted his second goal of the evening, getting a pass from John Quenneville in the slot and five-holing Grand Rapids goalie Kevin Boyle at 3:39 of the second.

After Pirri’s goal cut the lead to 5-2, it was all Grand Rapids for the rest of the middle frame. The Griffins out shot Rockford 21-4 in the second,  picking up goals from Riley Barber and Turner Elson to send Delia to the bench in favor of rookie Tom Aubrun.

Grand Rapids welcomed Aubrun to the AHL with goals from Barber and Spezia. Rockford went into the second intermission down 9-2. The Hogs did pick up a power play goal from Lucas Carlsson 19 seconds into the third period. Chris Wilkie added his fourth goal of the season at the 7:07 mark, but that’s as close as the Hogs got to making this one respectable.

Delia, on a conditioning assignment from the Chicago Blackhawks, surrendered seven goals on 30 shots. Aubrun made stops on 15 of the 17 shots he faced. Meanwhile, Boyle saw just 21 shots come his way, making 17 saves to pick up the win.

The Iowa Wild visit Rockford for a two-game weekend set. Saturday night’s tilt gets underway at 6:00 p.m. The two teams finish up with a 4:00 p.m. start on Sunday.

Since an overtime win over the IceHogs in DesMoines February 13, Iowa has lost three of their four games. Gabriel Dumont (5 G, 5 A) leads the Wild in scoring.