High On The Hog: Mitchell Heats Up 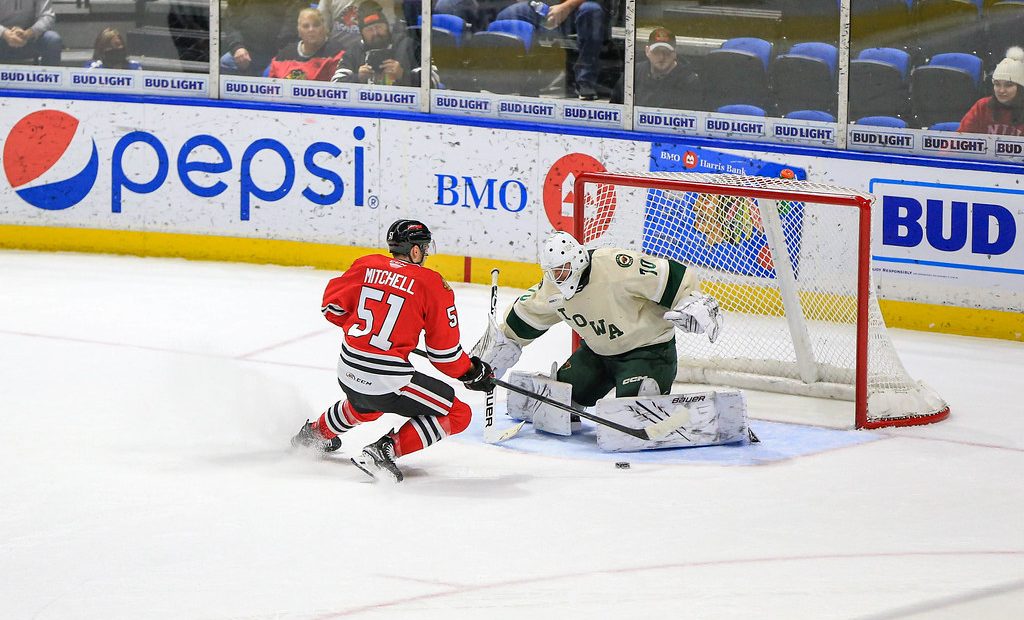 Rockford IceHogs defenseman Ian Mitchell has owned a hot hand over the last few weeks. Mitchell is one of several young blueliners making an impact for the Blackhawks AHL affiliate.

Rockford dropped both ends of a home-and-home with Grand Rapids this weekend, ending a season-high four game winning streak in the process. Still, the Hogs defense continues to perform well at both ends of the ice.

Mitchell had a four-game points streak snapped in Friday’s 5-2 loss to the Griffins. He did pick up an assist at the BMO during Sunday’s 5-2 to Grand Rapids. In February, Mitchell has five goals and three assists.

A recent example of Mitchell’s surge came back on February 15, when he one-timed a late goal to tie Iowa. He then earned Rockford the third point with a successful shootout attempt.

The IceHogs travel to Iowa Friday for the first of a three-game weekend. Rockford then returns to the BMO Harris Bank Center Saturday and Sunday for two games with the Texas Stars.