High On The Hog: For Those About To (Skate In The) Rock 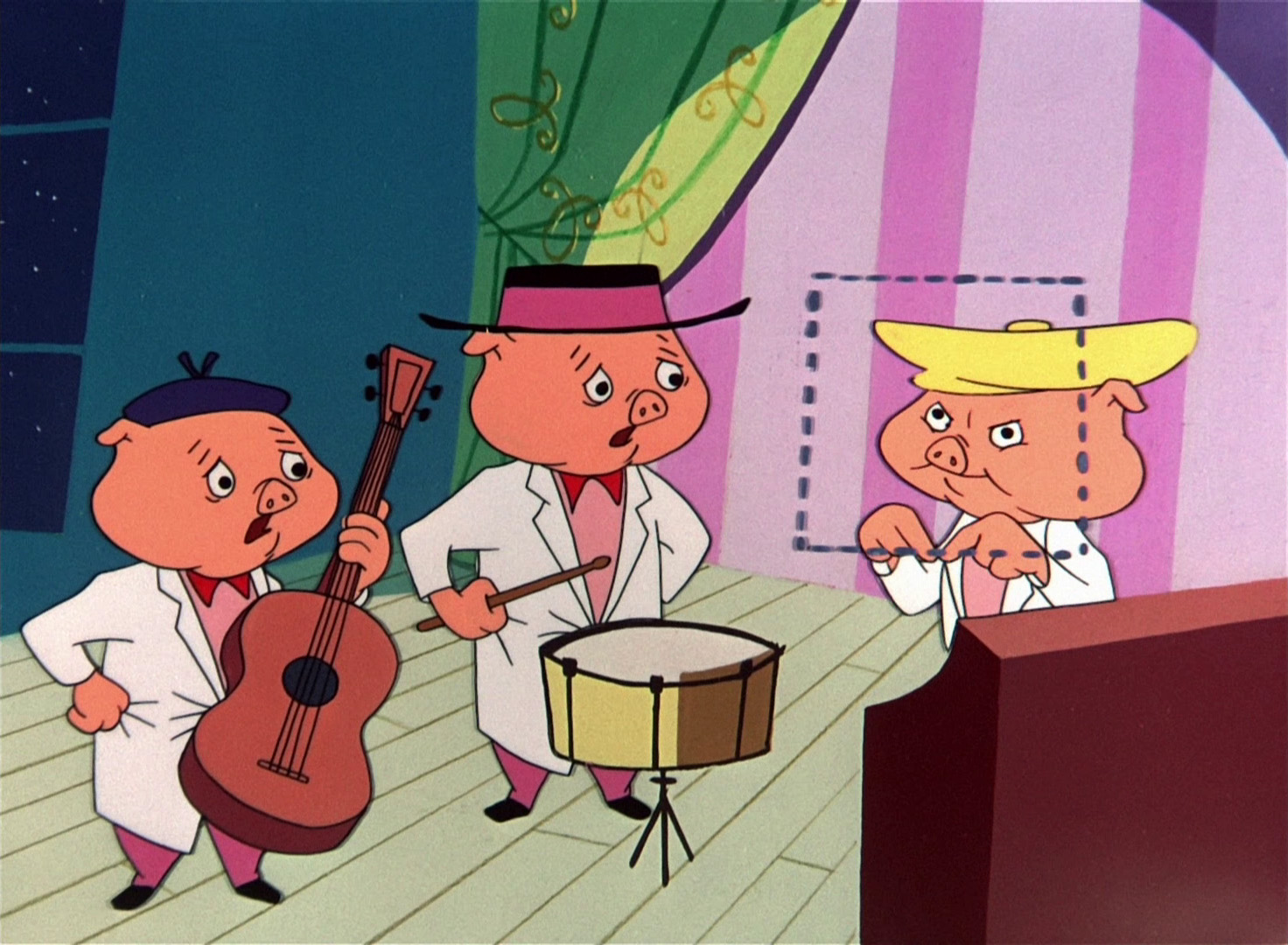 The Blackhawks AHL affiliate, the Rockford IceHogs, are breaking camp and winging it to the West Coast to begin the 2015-16 campaign. Rockford is coming off of a strong season that saw them reach the Western Conference Semifinal.

Coach Ted Dent is back at the helm of another group of Hawks prospects peppered with skaters who’ve been around the AHL block. How’s this group gonna fare over the next seven or eight months? Let’s take a look…

The IceHogs will be playing in the Central Division of the AHL’s Western Conference. Former Midwest Division rivals Chicago, Iowa, Milwaukee and Grand Rapids join Rockford, along with the Charlotte Checkers, the Lake Erie Monsters and the Manitoba Moose.

If the fifth-place Central Division team has a better points percentage than the fourth-place team in the Pacific Division (more on this in a minute), they would also enter the playoffs, and vice-versa.

The AHL is using points percentage in lieu of points in 2015-16 because the five California teams (San Jose, Bakersfield, Ontario, San Diego and Stockton) will only be playing a 68-game schedule. Rockford and the rest of the league still have 76 games.

We got a look at this new wrinkle Thursday night at the BMO Harris Bank Center with the Chicago Wolves (who would eventually win in a shootout) in town. The Wolves started overtime with a man in the penalty box, which resulted in the Hogs getting a fourth skater, which will be the norm for penalties in the overtime period.

Something I wasn’t aware of until I actually saw it in practice; when said penalties expire, the man comes out of the box and the teams skate four by four until a stoppage. The more you know…

The IceHogs will also have a new play-by-play voice. Bob Mills will be broadcasting for Rockford and taking the place of Mike Peck as the team’s Communications Coordinator. Peck moves up the ladder and is now the Director Of Business Operations for the IceHogs.

You’ll be able to hear Mills if you subscribe to AHLlive or live in the Rockford area and have cable; the audio stream for all 76 games is going to stream on WXRX.com.

Some notable faces left town in the offseason, as one would expect. Check back to my summer post to get caught up with some of the comings and goings.

As of Sunday afternoon, Rockford has 17 forwards, seven defensemen and a pair of goalies on its roster. The roster should be pretty fluid throughout the season as several prospects could make their way into Chicago’s lineup at some point.

Rockford has a log jam of potential skaters that will fight for playing time even if the roster is pared down a bit. Dent will have some choices to make on a nightly basis.

The Hogs have two veteran skaters signed to try out agreements-Daniel Paille and Jake Dowell. How long those two stick with the club could be a factor in any success Rockford experiences.

Dowell is going to provide leadership, kill penalties and center one of the lower lines. There is definitely a need for this in Rockford and unlike Paille, Dowell isn’t going to get much in the way of NHL interest.

Also an X-factor in terms of his future in Rockford is Jeremy Morin. The IceHogs all-time leading goal scorer can’t exactly be ecstatic about being back in the organization. I’m guessing his plan is to play his way out of town. If he chooses to do that in a way that will help his career, Rockford should benefit from his offensive prowess.

Tanner Kero is back for a full season with the IceHogs after impressing in a late stint with the team last spring. Kero centered Morin in the preseason and could factor into a lot of goals this year.

Rockford doesn’t really have a AHL veteran scorer (unless you count Morin), but with guys like Mark McNeill (23 goals in 2014-15) and Garret Ross (21 goals) returning, the puck should see plenty of time ensconced in twine. Another year of Brandon Mashinter (17 goals) means that three of Rockford’s top four goal-scorers are back. Morin should be able to augment the offense provided he’s in a top-six role.

That could depend on how long Marco Dano stays in the Rock. Dano is going to get a lot of time on someone’s scoring line until the Hawks decide he’s ready for full-time NHL action. As usual, the Hogs are not going to be hurting for players who will put the puck on the net.

That list will include Ryan Hartman and Ryan Haggerty. With luck, these two will be grouped with Dowell in the Sixteen Candles line.

(I’ll let that sink in for a moment…)

Cory Tropp is an experienced skater who has put up points in the AHL before playing for Buffalo and Columbus of the NHL; he figures to be in the mix in the lineup.

Pierre-Cedric Labrie is going to see action in a bottom-six role, having signed an AHL deal with the Hogs. He probably will be wearing an A on his sweater while killing penalties and getting ornery with opposing players.

The final three forwards on the Hogs roster right now are AHL signees Dane Walters and Chris De Sousa along with former Milwaukee Admiral Mike Liambas.  I would suspect that Liambas, who was signed to a one-year, two-way contract, remains in Rockford. Walters and DeSousa would then wind up in the ECHL with Indianapolis, leaving the IceHogs with 15 forwards.

If that’s the case, here’s how the lines could look (just my speculation, of course):

Of course, that leaves Paille, Labrie and Liambas in street clothes and it doesn’t seen likely that Paille is here to just watch the games. I had him penciled in to Dano’s spot before Dano was sent to Rockford.

There are definitely going to be some solid players in the press box every night if all these skaters are on the roster. Which leads me to believe that there may be some movement early in the season.

Maybe Morin is dealt somewhere. Paille could sign a contract with the Blackhawks if cap space is cleared, or sign with another NHL club. Maybe Dowell isn’t kept around (though he’s my front-runner for captain if he remains).

Perhaps Stan Bowman decides to move a player like McNeill or Ross in a deal. Injuries are going to play a factor, of course. Lest we forget, Phillip Danault will be returning mid-season and Dent will have to find him minutes.

About the only guy I can’t see skating a regular shift is Liambas. However, Chicago somehow thought it necessary to ink him to his first NHL contract after playing on AHL deals in Milwaukee.

He’s certainly an agitating type, but Chicago already has Ross and Hartman, who play that game with a lot more skill. Liambas will get physical, but so will a host of other Hogs (Mashinter will also clean up in front of the net). I’m not sure where he fits into this team; we’ll find out pretty soon, though.

Rockford has the opposite problem at the back end of the ice. Unlike last season, the Hogs will be looking at a lot of new faces.

With Stephen Johns and Michael Paliotta traded in the offseason after the Hawks dealt Klas Dahlbeck, Adam Clendenning and T.J. Brennen during 2014-15, the cupboard is a bit bare. Add in the fact that Viktor Svedberg could begin the season in Chicago and there aren’t a lot of familiar blue liners heading into action this weekend.

Ville Pokka will be in a position to follow up a promising rookie season. He’ll get plenty of top-pairing time the way things stand. Cameron Schilling is an experienced defenseman and possibly pairs up with Pokey.

Erik Gustafsson comes over from Sweden (where else?) and will have a prominent role in Rockford. Dennis Robertson had three goals and 17 helpers in Charlotte; he came to the organization from Carolina in the Kris Versteeg trade and should be a regular for the Hogs.

Hawks prospects Dillon Founier and Nolan Valleau will compete with AHL-signee Kirill Gotovets for playing time. Sam Jardine impressed Chicago enough at rookie camp to unexpectedly leave Ohio State before his senior season and sign an AHL contract with the IceHogs, However, he has been assigned to Indianapolis as of right now. I would figure him to come up at some point of the campaign.

If Svedberg winds up being sent down, he figures to receive plenty of ice time, provided he stays healthy. That’s been an issue for the big man in the past two seasons. Kyle Cumisky is still only on a tryout agreement with the Hawks; I suppose he could find his way back to Rockford and could provide some stability.

Michael Rozsival could possibly come down for a conditioning assignment, but the blue line is still going to be pretty green early in the season.

Here are some possible pairings (noting that Pokka is currently the only right handed shot of the bunch):

For Rockford, it starts and ends with Michael Leighton, who surprised me by re-signing with Chicago. Leighton had an excellent season in net for the IceHogs and will be depended on even further if the team is to return to the playoffs.

Backing him up will be Mark Visentin, who missed most of last season following ankle surgery while in the Coyotes organization. He had an AHL deal with the Hogs, as does Mac Carruth, who was assigned to Indianapolis.

Leighton played 42 games in 2014-15 while the remainder of Rockford’s 76 games were played with Scott Darling, Antti Raanta and Carruth in net. I think that Leighton will have to play closer to 50-55 games as it stands, barring Visentin having a Darling-esque performance between the pipes in 2015-16.

Neither Visentin or Carruth looked very good splitting Rockford’s two preseason tilts. Carruth had a very solid season for Indy a year ago and was effective in limited appearances in Rockford.

Leighton remains the lynchpin to the ultimate success of the IceHogs. The defense in front of him may take a bit to jell; he will have to begin play on top of his game.

As is the case every season, the IceHogs are built to develop prospects as opposed to winning with veterans. It’s important to get off to at least a solid start as Rockford has shown a knack for improving as the season progresses.

Last years team won 46 games and totaled 99 points. I think it would be a reach to think that the Hogs can match those lofty totals until we see what the defense is going to be like.

On the other hand, there are 13 players who went through the playoffs with the IceHogs. Several players are coming back for their third season or more with the team and the offense has the potential to be pretty deep.

Things get started for the Hogs this weekend with two road games. Friday night will see Rockford open the season by visiting the San Jose Barracuda. The Hogs take on the Stockton Heat Saturday night. Both games are scheduled to start at 9:30 p.m. central time.

If I don’t fall asleep, I will be live tweeting during both games. Follow me @JonFromi to get in on the lone California trip of 2015-16 for the IceHogs, as well as my various Hogs thoughts throughout the season.