High On The Hog: Back To The Goalie Tripod 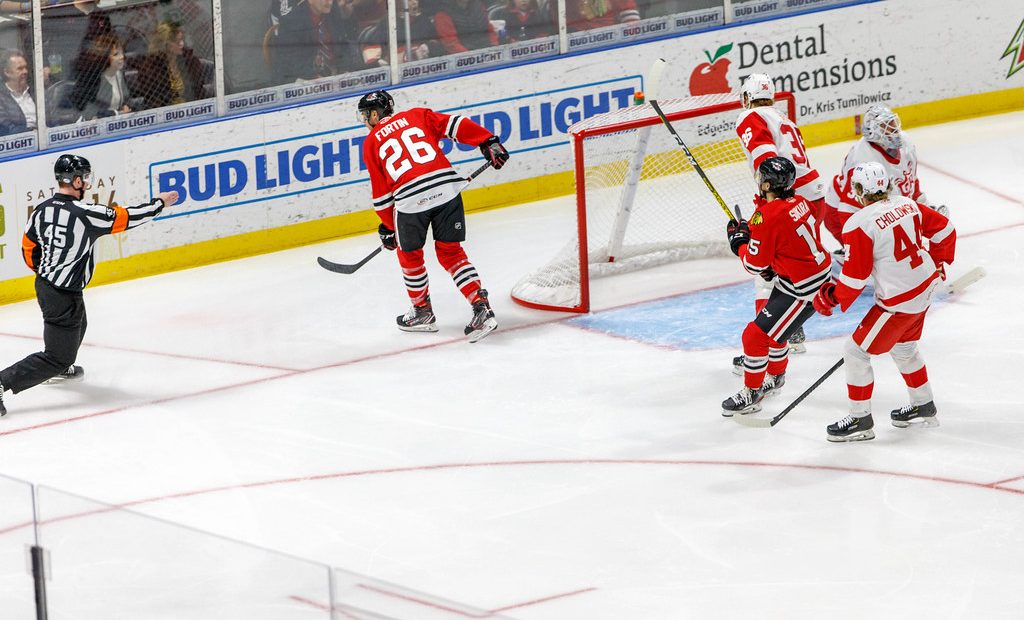 The Rockford IceHogs have had a three-goalie approach through the bulk of the 2019-20 campaign. With Kevin Lankinen undergoing shoulder surgery last week, it looked as if the Hogs would employ a more traditional two-man approach to the net.

The IceHogs inked Russian goalie Ivan Nalimov to a PTO Saturday. Nalimov, 25, has six seasons of experience in the KHL for a host of teams. He’s Chicago’s sixth-round selection from the 2014 NHL Draft.

Nalimov was released from his contract with HK Sochi when their season ended. In 24 games, he posted a 2.50 GAA and a .922 save percentage. With Lankinen on the shelf and Nalimov’s season over, this appears to be an opportune time to kick his tires.

I doubt that Nalimov has come all the way to Rockford to just sit around twiddling his thumbs. Look for him to get some action for the IceHogs. The question is…when?

Rockford has just come off a three-game weekend. They have this week off until Saturday, when they play Chicago at Allstate Arena. After hosting Milwaukee March 18, Rockford has a stretch of nine days in which they play six times.

Hogs coach Derek King has been riding Collin Delia the last couple of weeks. The Cucamonga Kid has played well and is more than capable of handling the workload. You have to wonder, though, just what Matt Tomkins is thinking right now.

Tomkins has performed well in Rockford, earning an NHL contract from the Hawks that runs until the end of next season. Since signing on January 24, he’s played in four of the Hogs next 20 games. He was solid in Sunday’s overtime loss to the Wolves. Now he’ll have Nalimov to share the few nights that Delia isn’t occupying the Rockford crease.