From one BIGGEST GAME OF THE YEAR to the next, the Hawks now travel to Dallas to face the Stars, with whom they are currently tied for the top seed in both the division and conference, but hold the tiebreaker in regulation wins.

Since these teams last met a month ago at the United Center, the Stars have gone 5-6-3, and have failed to take a firm grasp of the division in the same way their opponent tonight has flirted with mediocrity in that time. During that time as well, the Stars have been beset by a rash of injuries, including but not limited to Jason Demers, Patrick Sharp, Jordie Benn, and most importantly John Klingberg, all of whom will not play tonight. Those injuries have forced Stars coach Lindy D’Antoni to jumble his defensive pairings, which will include the debut of Stephen Johns alongside old friend Johnny Oduya, which will undoubtedly cause much consternation among Hawks fans despite the fact that it took injuries to three defensemen (two of them mediocre) and a trade of Jyrki Jokipakka ahead of him for Johns to finally make his NHL debut at 24. While he appears to have a prototypical defenseman’s build and game, perhaps there’s a reason he was traded after all. Though anything instead of Teflon Van Riemsdyk woujld be preferred. Genius Jim Nill’s big acquisition of Kris Russell is what cost him Jokipakka, which is a hilariously bad trade from any way it can be sliced given how Russell blocks so many shots as a result of the puck never leaving his end of the ice. He’ll be paired with Alex Goligoski on the Stars’ de facto top pairing with Klingberg out.

While Patrick Sharp’s absence does leave a bit of a gap among the top six in Dallas, the extent to which Lindy Glanville has jumbled his lines seems at least on its surface a bit excessive. Jamie Benn now has Cody Eakin as his center, while Seguin is now between Hemsky and either Faksa or French carbunkle Antoine Roussel. The thought process [/Hawk] here might be that the Stars’ blueline is hanging by a thread and spreading out the scoring while getting better matchups at home might be necessary considering the goaltending sure as shit isn’t bailing them out. But breaking up the chemistry that Benn and Seguin have might be cutting off his nose to spite his face, and if the Stars get down there’s an eleventy billion percent chance he’ll flip Seguin and Eakin.

Kari Lehtonen gets the start in net tonight, whose March so far has been actually relatively decent, above the .900 mark with a sparkling .909 against the offensive juggernauts that are the Preds, Devils, Senators and Habs. Given the defense in front of Lehtonen, no shot is a bad shot tonight.

As for the Men of Four Feathers, Marian Hossa will indeed return tonight after missing the last nine games, nearly rounding out the forward lineup as the Hawks still wait for Marcus Kruger to return from wrist surgery. His return will drop kick over-eager cocker spaniel Andrew Shaw to the fourth line the way our Lord Jehovah intended, as Shaw and Andrew Ladd on the same line were redundant anyway. Given the Stars’ speed even while half the team is in sick bay it stands to reason that MANSHITTER would be the odd man out among the fourth line tonight, but we all know how the Hawks feel about “that element”.

Michal Rozsival will miss tonight’s game with a lower body injury presumably incurred on his and Ehrhoff’s Benny Hill chase at the blue line in the third period on Wednesday, leaving Erik Gustafsson to join the party and hopefully sparing everyone yet another rerun of the TVR & Brent Sbarro Comedy Hour. In their two games together last week, Ehrhoff made TVR less noticeably terrible, particularly against a fast and light-in-the-ass team in Detroit. Corey Crawford gets the start again tonight because of course he does.

Even being undermanned, Lindy Coryell doesn’t have the personnel or the DNA to try to play the game close to the vest, and for the first time this season the Hawks legitimately have the Stars outgunned, as Klingberg’s absence is crucial. Given the split of Seguin and Benn at home with last change, it seems more likely that Ty Ty would be the one to see more shielded zone starts and assignments considering Eakin’s two way game is more conducive for grinding things out against the Toews line. The proceedings will likely be decided on which team gets more production out of their second line, be it Spezza and Nichushkin or the Russians and Garbage Dick. Either way it’s still going to be fast, fast, fast. 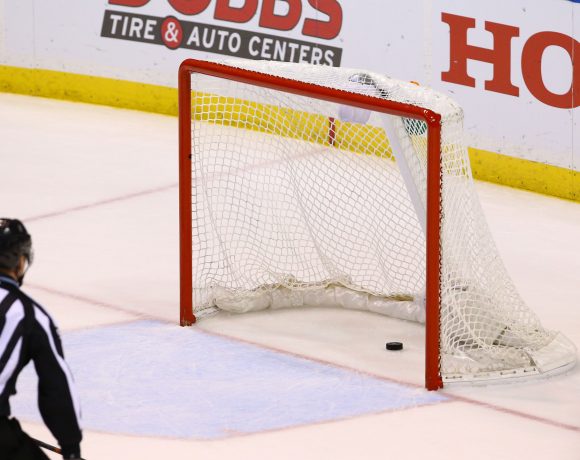