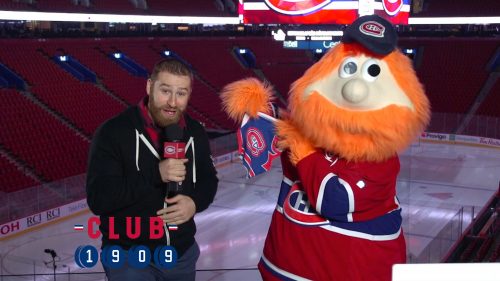 You can catch Andrew’s work just about everywhere, but mostly at Sportsnet.ca and RDS.ca. Follow him on Twitter @AndrewBerkshire.

Ok, explain why the Habs think they need every asshat they can find and why it will or won’t work when things matter?

Bergevin has it in his mind that the number one reason why the Habs collapsed last season was that they were “easy to play against”. That was probably because they let in a goal every 5 shots scored on one of every 20 for like 3 months, then everyone got injured, but the team took it to mean GRIT and other crap. This same thing happened after the 2013 playoffs when the Habs throttled the Senators by every metric but Anderson stood on his head and Price was playing with a torn groin, so they lost in 5 and Bergevin brought in Douglas Murray and George Parros in the offseason. He’s a conservative GM for the most part, but he’s also extremely reactionary and seemingly mediocre at diagnosing weaknesses.

So Carey Price started the year like an Egyptian god. Then he sucked for a while. Now he’s approaching Anubis again. Was there any reason for that dip and if there was has he got it corrected?

The Habs were absolutely brutal defensively for a long while, especially shorthanded. It wasn’t getting better under Therrien, and ultimately it got him fired. Price was actually still above the expected save percentage over that period, but he wasn’t himself either. I think he was injured and it slowed him down enough to look human. Now that he’s rested and healthy and has a coach that knows what defensive structure is, he looks like himself again.

Is Claude Julien going to finally leave Alex Galchenyuk alone and just let him play, which Michel Therrien could never do?

Seems like he hasn’t been messing with Galchenyuk much yet. Julien isn’t playing him in big minutes, but he’s getting more and more looks on the top line when the Habs need offence. I think we’ll see big time defensive development from him under Julien.

Danault has been ice cold lately so lots of people here are hating on him, but he’s had such a great year. Hopefully he can get the puck bouncing in his favour again soon because he does the work to earn it.