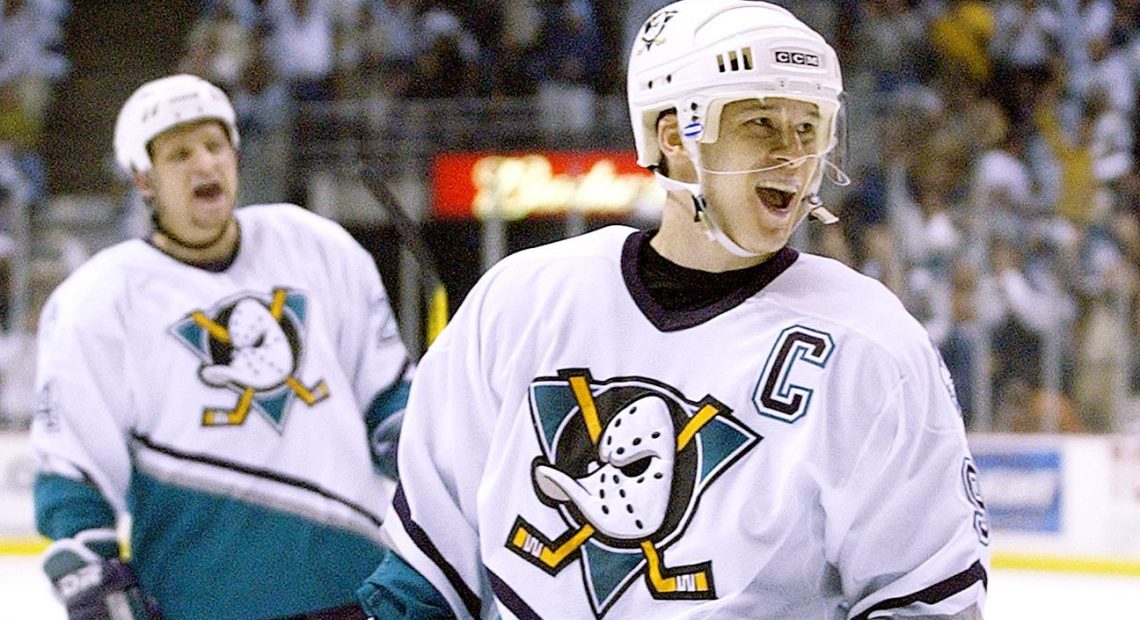 I never said these things had to be rational.

Paul Kariya was a wonderful player. He ended up with over 400 goals and just short of 1000 points in his career. He perhaps played in the wrong era. If he played now, his speed would have been right in line with how the league is going and he would have been better protected from the hits and concussions that derailed his career. His post-playing life has been rough at times, which he’s been open about. He’s a cautionary tale. Certainly, there were few players more devastating when fully healthy and at full dial.

And I couldn’t stand him.

Or maybe it was this: When the Blues unveiled those third jerseys back in 2009, they had those tie-strings at the collar. Kariya came on stage with his wrapped in a neat little bow. Now, there’s nothing wrong with tying those strings into a bow. Except that you don’t. No one does. It looks ridiculous. And yet it seemed perfectly in character with Kariya the player.

Maybe it was he was just another annoying winger when the Predators first got good after the lockout and were routinely pummeling the Hawks, with Erat, Sullivan, Hartnell, Arnott, and three or four other ass-rashes. Maybe it was he and Teemu Selanne’s blood-pact that went balls-up in Colorado.

Maybe it’s all of it. Anyway, Kariya had his #9 retired on Sunday night, as he should have in Anaheim. But it was yet another chance for my blood to boil at the sight of that smile, that always-perfect hair, one I saw far too much as is streaked by Eric Fucking Weinrich again.

It doesn’t have to make sense. Fuck Paul Kariya.