Game #2 – I See The Things That They’re Wishing On Me: Blackhawks 4, Blues 4 (Hawks win Spoons) 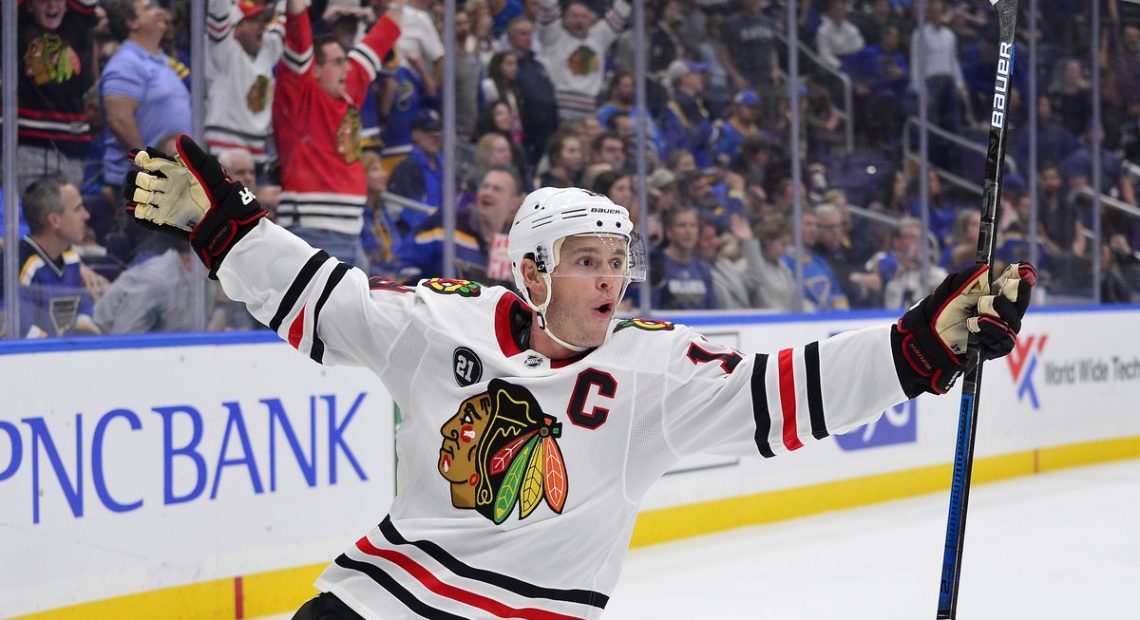 Through two games of hockey, I am not sure what to make of the Blackhawks. There are times when I think they are completely awful, and others that I think they might be good. Not necessarily win the division good, but like sneak into the playoffs as a wild card and play spoiler good. There is enough there with some of the players they have that they probably aren’t the bottom-five NHL team that I (Hess) originally thought they were. I am not sure how I feel about that. But even if I don’t know what to make of it, these first two games have definitely been good watchin’. LET’S GET BACK AT IT FOLKS:

– I have been trying to tell y’all for like 13 months that Jonathan Toews is NOT done in the way that so many of the Toews haters and detractors have been acting like. I don’t have to rehash the numbers over and over again, but so much of his struggles the past two years came down bad shooting luck, and so far he’s getting the regression from that in a BIG way. Three more goals tonight for his fifth career hat trick and bringing his total to four through two games, to go with an assist in the Ottawa game have him at 5 points already. The pace is obviously unsustainable but he’s laid the groundwork to a 70 point season with this kinda start.

– Q sang the praises of Joker after the first game, and the melody ain’t stopping my frents. For being just 19-years-old, you’d be hard pressed to determine on your own that he’s not a more seasoned vet than some of these other assclowns the Hawks are dressing on the blue line. He is extremely solid defensively, which surprised me a bit honestly, because I felt like the tape I’d seen of him and the reports I saw sang his praises more as an offensive guy, but you will not get me to complain about it. He took the puck away from Tarasenko completely cleanly in the second period, which was really, truly, a moment of pure ecstasy. Then he added his first career point on Toews’ second goal of the night by trailing the play well and releasing a good shot that nearly beat Allen but ended up with a favorable rebound for the captain to pound home. Joker’s not some kind of franchise savior, and his ceiling may be high-end second pairing guy, but on this team right now that’s basically a #1 defenseman and through two games you can make the case he’s been their best blue liner.

– My feelings about Cam Ward are not positive, and I have not kept that a secret. He wasn’t awful in the first game against Ottawa, and he did his best to at least look like he was keeping the Hawks in this game in the first period. But in reality, he was beat extremely cleanly on two of the Blues four goals tonight, and made a comically awful play on another one (Tarasenko’s tally in the first that made it 2-0). Ward may not end up being completely awful, and he’s done enough to get the Hawks two wins in these first two games, so you give him that credit. But he is sloppy as hell and I am not sure I will ever get used to watching him in net, nor do I want to.

– But, in defense of Ward, the Hawks were just absolutely shit in their own zone tonight. There was power play in the third period that St. Louis was able to keep the puck in the zone for the entire two minutes. And that’s just one glaring example of what was an all around bad performance in their d-zone tonight. It’s gotta get better.