For what seems like the fiftieth time already in this young season, the Hawks will turn right back around after a routine affair in The Peg yesterday afternoon to take on the Flames on West Madison. Calgary hasn’t won in their last 10 trips to the UC,, and tonight certainly shouldn’t be an opportunity for them to break that streak.

Jay Feaster’s visiting Flames have been the butt of innumerable jokes over the last couple seasons, with absolutely every one of them deserved. From the Dennis Wideman contract to the Ryan O’Reilly RFA disaster to waiting so long to finally cut bait and trade Miikka Kiprusoff and Jarome Iginla that Kiprsusoff basically refused to be traded and opted to retire, and everyone knows what happened with the Iginla debacle with Boston and Pittsburgh. Things have been so upside down for Feaster that he actually traded for Shane O’Brien, which is just something no one should have to do. And on top of it all they retired their burning red retro throwbacks in favor of some new alternate jersey monstrosity that incorporates way too much black. But at least it doesn’t have a flaming pony as the crest.

As for the results on the ice, mush-mouthed Bob Hartley has the team playing hard and somewhat competitively, but for the most part they’re simply outgunned on a night in-night out basis. Rookie Sean Monahan has put up some nice numbers to start, but his underlying metrics show that reality is about to come crashing through. Jiri Hudler leads the team with 15 points, likely as a function of someone having to score on bad teams. The Flames are actually 11th in the league in scoring, but are 29th in goals against. And whether it’s been Joey McDonald or Kari Rammo going tonight, neither have a save percentage above .900. Apparently that’s enough to give Reto Berra his NHL debut tonight. And having captain and de facto #1 defenseman Mark Giordano out certainly hasn’t helped things, as the Flames have allowed 29.4 shots per game, which is just far too many given their save percentage as a team.

As for our Men of Four Feathers, basically the only question for tonight will be can Nikolai Harvey Birdman save his job by not shitting all over himself against the Flames. Nik’s comments in the press were shockingly candid and self-flagellating for someone who’s had a long history of being a me-first type guy. But saying the right things won’t amount to much if he can’t limit teams to 3 goals against, which is seemingly all the Hawks need these days. If not Khabby could be staring down the face of an extended stay on LTIR with a terminal case of “Old”, or basically the Michal Handzus treatment.

This game could very well take 3 and a half hours just with all the stoppages from goals being scored at either end. It stands to reason that Q will have a longer leash with Nik this evening just because the Hawks should be able to score themselves out from behind whatever 8-ball Khabibulin puts them behind. There’s no reason for the Flames’ streak to end tonight. Get out there and take care of business. Let’s go Hawks. 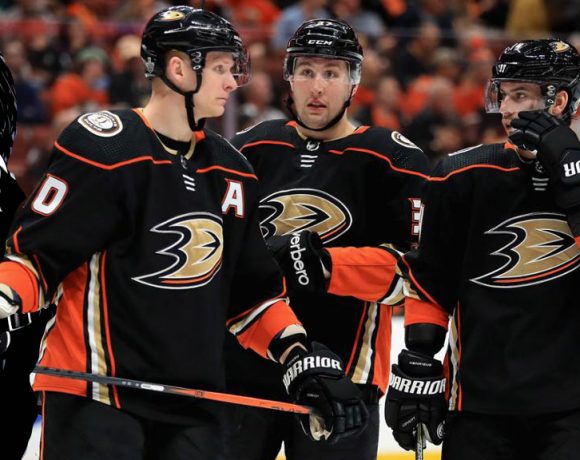 You Get What Anyone Gets: Saying Goodbye To The Anaheim Ducks